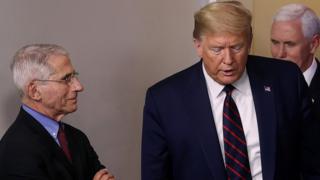 The coronavirus pandemic could kill up to 200,000 Americans and millions more could be infected, the US government’s leading expert has warned.

Dr Anthony Fauci, the face of the Trump administration’s coronavirus task force, made the prediction on Sunday.

But he quickly urged caution. “I don’t want to be held to that,” he said. “It’s such a moving target.”

Dr Fauci added that the US, which now has the most recorded cases of the virus in the world, was the “focus” of the global outbreak.

“I want to see that tests are being implemented on the ground,” he added. “If we can do that… then I think we can pull back on some of the restrictions.”

There are at least 125,433 confirmed cases across the country, with 2,201 deaths. The United States overtook both China and Italy last week for the number of reported cases.

But its death toll remains lower than that in other global hotspots, such as Italy, Spain and China.

What’s the latest in the US?

Dr Fauci’s prediction came as cities across the country warned that they may soon run out of key medical supplies. Detroit, New York, and New Orleans have all sounded the alarm.

“We have nurses wearing the same mask from the beginning of their shift until the end, masks that are supposed to [be used] for one patient,” Michigan Governor Gretchen Whitmer told CNN.

A major concern among health professionals is the number of available ventilators. Demand has surged as the virus has spread, and a number of states have warned that they will soon run out.

Meanwhile, New York Governor Andrew Cuomo reported 7,195 new Covid-19 cases across the state on Sunday. It brought the total number of cases there to 59,513.

New York is at the heart of the US outbreak and is home to just under half the total cases across the country.

On Saturday, President Trump said he was considering quarantining the state in a bid to slow the spread of the virus.

He later commented that it was not necessary after Mr Cuomo said doing so would be “preposterous”.

Mr Trump tweeted that instead of quarantine, a “strong travel advisory” would be issued to New York, New Jersey and Connecticut by the Centers for Disease Control and Prevention (CDC). 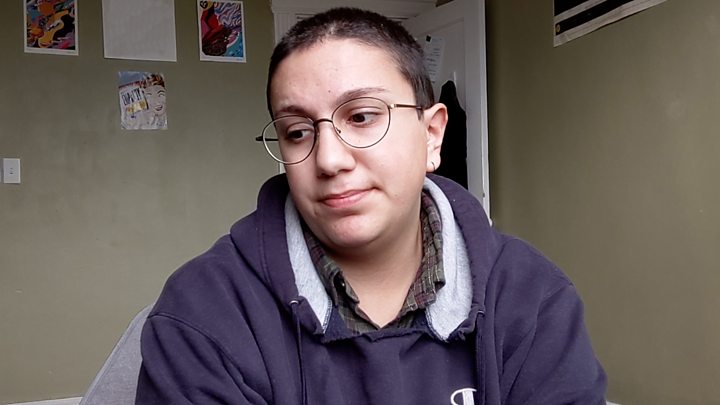 Saturday also saw the first death in the US of an infant who had tested positive for coronavirus. The baby died in Chicago.

In other global developments: