CAIRO (Reuters) – Squatting with other day labourers under a bridge in Cairo, 48-year-old Yasser Nagi says he has waited in vain for two weeks for work on a construction site so he can feed his family. 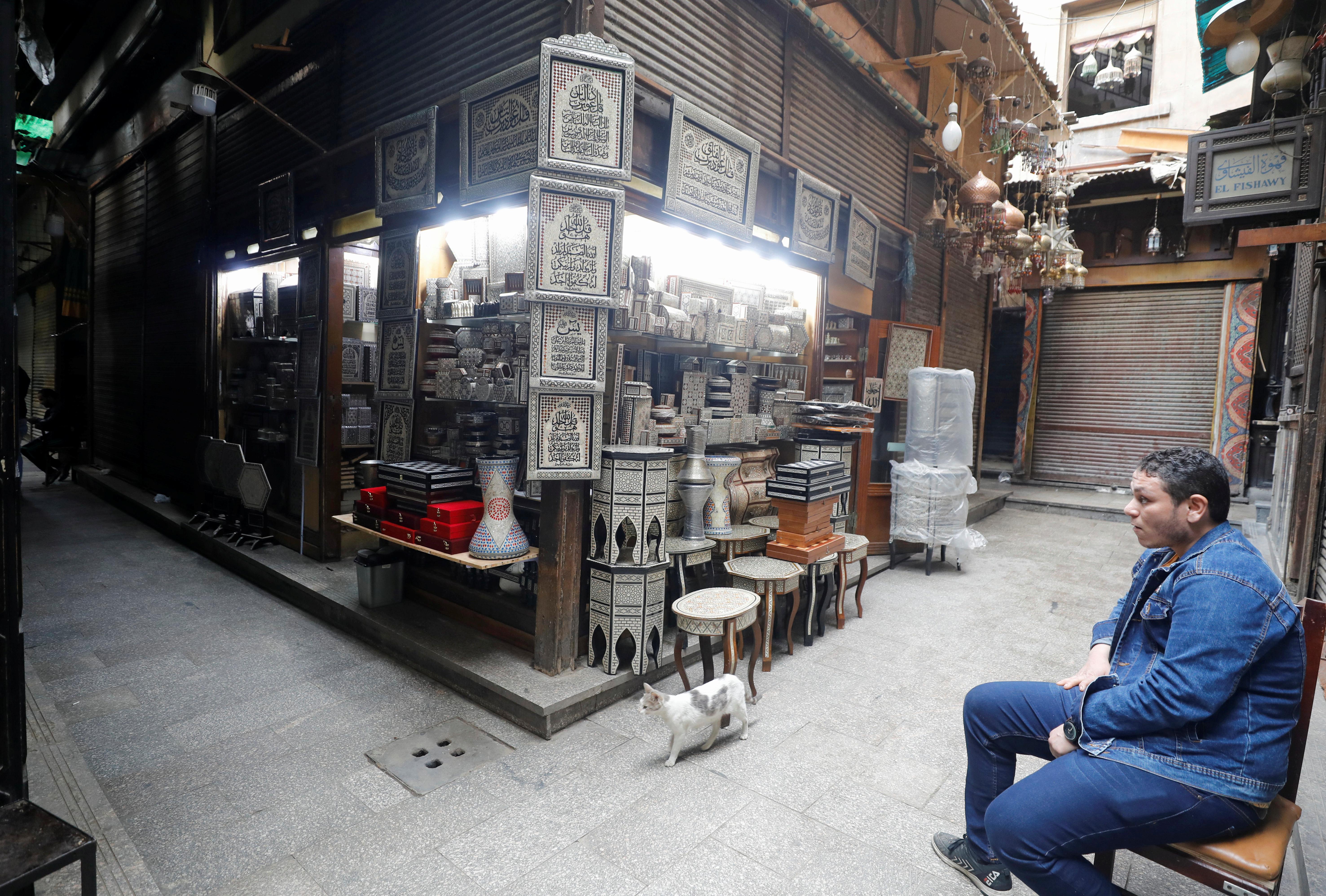 Egypt, like other countries, has been hit hard by the spread of the coronavirus, which has wiped out its vital tourism industry and prompted authorities to close airports, restaurants, firms and shops and to impose a night curfew.

President Abdel-Fattah al-Sisi has approved a 100 billion pound ($6 billion) plan to stem the economic fallout. Measures include the payment of salaries for staff sent home by their employers as well as a payment of 500 pounds a month for three months for workers in the informal sector who are not registered on social insurance rolls.

Nearly 2 out of three jobs in Egypt are in the informal sector, according to a study published in 2018 by the International Labour Organisation (ILO), and trying to deploy emergency cash to people who are not on the system is a big challenge, according to analysts.

More than a dozen workers interviewed by Reuters said 500 pounds a month would not cover their bills. A typical unskilled factory worker earns 2,000 pounds a month, businessmen say.

“I have five children in school. I haven’t worked in 16 days,” Nagi said, sitting next to his tools in the Saida Aisha district. He said he had applied for the aid but has not yet received any money.

Before the crisis, he could earn up to 150 pounds a day, but now he says he has to borrow to feed himself.

“The state is trying as much as possible to pass this stage,” Mohamed Saafan, the Minister for Manpower, told a local television channel. “We will not leave anybody, either business owners or labourers, behind.”

To help irregular workers, the government has launched an online system for them to apply for the monthly payment. Construction and port workers as well as sailors, miners and other workers are eligible

Several workers told Reuters they had not yet figured out how to apply or were still awaiting approvals.

A spokesman for the manpower ministry said after workers registered online their application would be assessed by a committee headed by the prime minister to see if they qualified.

While the government is finalising its own procedures, non-governmental organisations have been screening applications and several thousands have already been approved, he said. He could not be reached for comment on Ibrahim’s case.

The impact of the pandemic is already making itself felt. Egypt’s tourism sector typically accounts for an estimated 15% of GDP, but hotels and all tourist sites are shut, including, for the first time in recent history, the Pyramids of Giza.

More hardship could loom as some Gulf countries, where millions of Egyptians work, implement their own lockdowns, which could sharply reduce remittances, analysts say.

Annual total remittances from Egyptians overseas are $25 billion, estimated to be mostly from those in the Gulf.

“Egypt faces an enormous challenge in trying to keep the population home,” said Timothy Kaldas, non-resident fellow at the Tahrir Institute for Middle East Policy. “Many jobs cannot be performed remotely and a third of the population lives below the poverty line earning less than $2 a day.”

The curfew has reduced the working hours of those who still have jobs and civil servants cannot top up their salaries by working as taxi drivers at night, as some normally do.

Tourism Minister Khaled al-Anani said that hotels and operators were receiving support and March salaries would be paid. He warned that laying workers off would be illegal.

Such a ban might be hard to enforce, as some tour guides or souvenir peddlers have no work contracts, analysts say.

Emergency payments for regular workers sent home by their employers should benefit 900,000 workers in the tourism sector alone, Saafan said.

Souvenir shop owners in Cairo’s historic Khan al-Khalili market said business had never been as bad, even in the turmoil following the ousting of late president Hosni Mubarak in 2011. 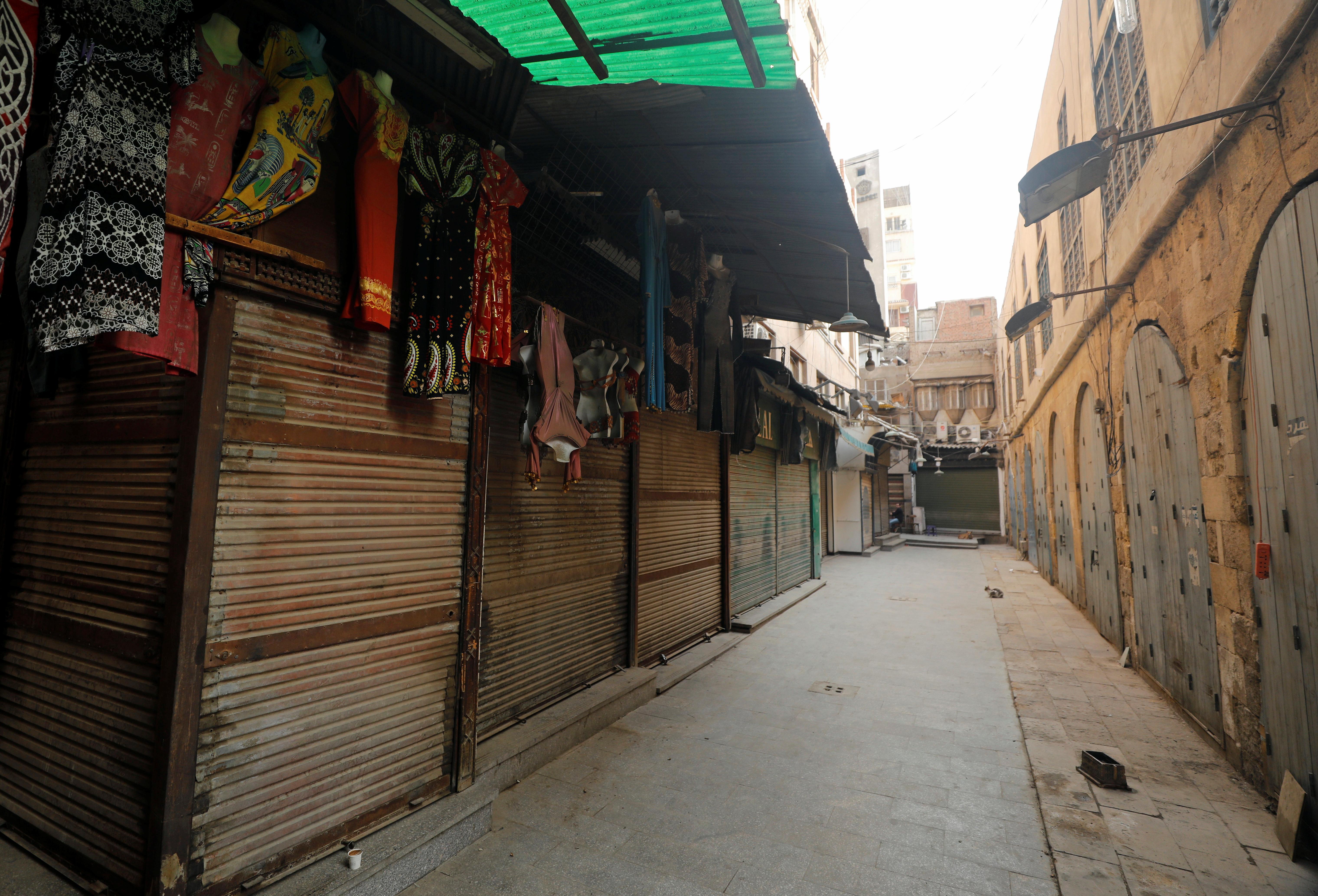 No visitors could be seen when Reuters twice visited the market, which normally also attracts Egyptians who come to drink tea at the now-closed Fishawy cafe.

“I have four children and I earn about 150 pounds per day. If I stay a day or two or three at home… where am I going to get the money?,” said Amr Adel, who sells trinkets, scarves and belly dancing suits in a one-room shop.

He said he had not applied for aid because he didn’t know how to.