Taiwan launched its baseball season, with mannequins and cardboard cutouts of fans wearing face masks, after spectators were banned from attending games during the coronavirus pandemic.

While other nations have cancelled sporting events for the foreseeable future due to the COVID-19 outbreak, the country has decided to buck the trend and hold games.

Photographs from Taoyuan International baseball stadium, in Taoyuan city, showed the mannequins and cardboard cutouts sat in seats where spectators normally cheer from.

They were dressed in the colours and merchandise of the home team Rakuten Monkeys, as well as surgical masks. 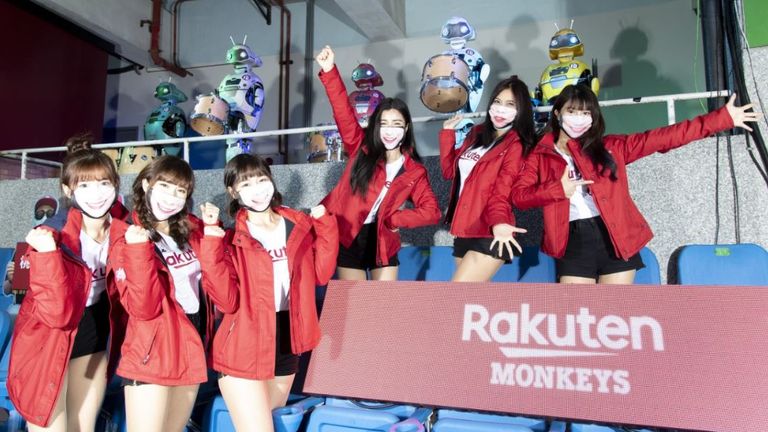 The only people inside the stadium were staff and the side’s cheerleaders, who posed with the cardboard figures and drum-playing robots.

The season was due to begin with a match between the Rakuten Monkeys and Chinatrust Brothers, but unfortunately the clash was postponed due to wet weather.

“Due to bad weather, the team could not play. The tournament schedule will be announced separately in accordance with the rematch rules.”

All future matches are going to broadcast live to fans, who have been banned from entering the stadium as part of the country’s pandemic curbing measures. 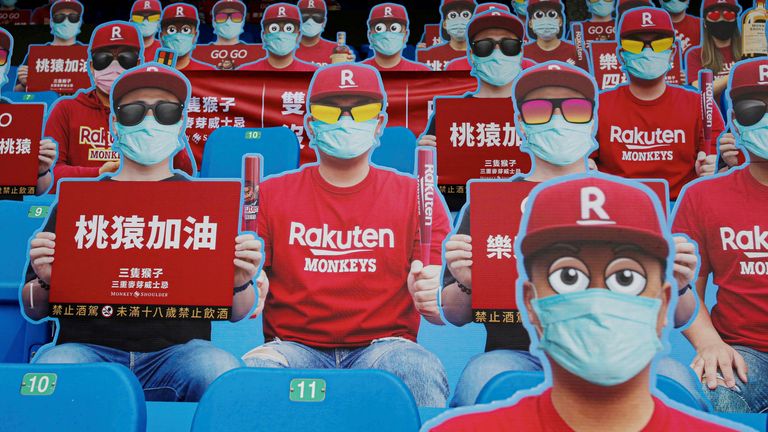 Monkeys general manager Justin Liu told NBC News said the players are being kept in dormitory-style housing and their travels are limited to the ballpark.

Despite Taiwan’s strong trading links and close geographical proximity to China – where the first case of COVID-19 was reported on 31 December 2019 – it has managed to keep its number of cases and deaths low.

The country has reported a total of 388 cases of the illness and six deaths since its outbreak on 21 January, when a 55-year-old woman returning from Wuhan, China, was diagnosed with the virus.