Moscow is intending to “practically fully control the movement of citizens” to enforce quarantine measures as the Russian capital begins a full lockdown.

It comes as the city is hit with more than 1,220 cases, with 17 cases known to be children.

Residents will only be allowed to leave their homes for either urgent medical problems, to visit the nearest supermarket or chemist, to take out the rubbish and to walk their dogs – but only to a distance of 100m.

Unlike in the UK, Muscovites are not granted time outside their homes in order to exercise.

These measures will be backed up by what amounts to a smart control system where data on citizens will be monitored.

“We will be tightening control as the development of information systems progresses. Hopefully, by the end of the week, we’ll have information systems which will allow us to practically fully control the movement of citizens and prevent possible violations,” Moscow mayor Sergei Sobyanin said during a coronavirus council meeting.

Moscow already has one of the most sophisticated and invasive facial recognition surveillance systems in the world which has been used to monitor individual quarantines.

Additionally, location data gathered from people’s mobile phones will also be used to track the movements of citizens. This new power for the government has resulted in the presidential press secretary Dmitry Peskov having to deny the measure is a violation of people’s rights. 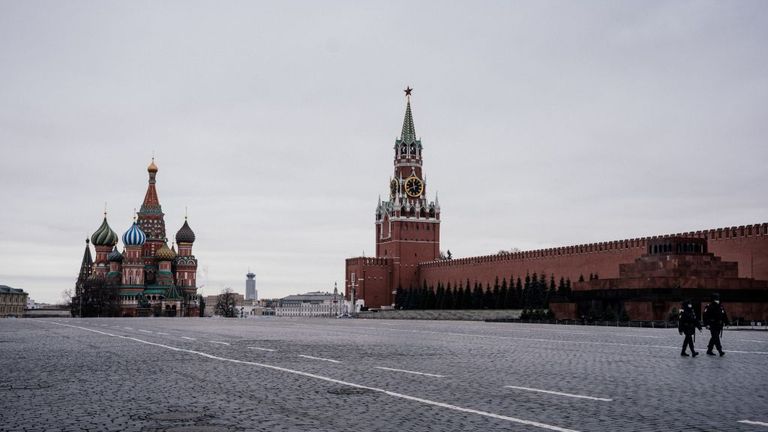 These two surveillance tools will become just a part of the mechanism deployed to watch the whole city.

People flouting the quarantine will be hit with fines and potential prison terms.

New draft legislation which is soon to be debated in parliament would see any person who is found to have infected two or more people face up to seven years behind bars.

One exception to the strict rules is that people are still allowed to leave and enter the city. 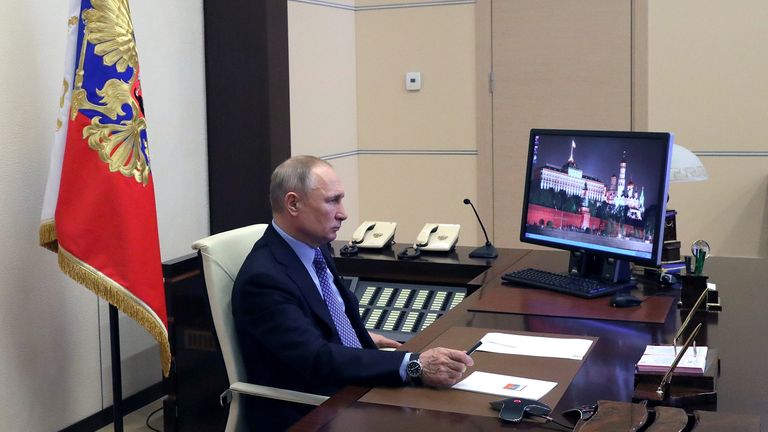 Moscow Region, adjacent to the capital, and the Arctic city of Murmansk are also in lockdown.

On Monday morning Prime Minister Mikhail Mishustin urged other regional governors to follow suit, indicating that it will only be a matter of time before Russia, the largest country in the world, locks down completely.

It was an extraordinary promise in an address which the president seemed to have made to announce the delay of his cherished vote on constitutional reforms, rather than to remind his people of the gravity of what is an economic as much as a health crisis.

It fell to Mr Sobyanin to explain that all restaurants, malls and parks would now be closed and for the Kremlin spokesman to spell out that this was not actually a holiday and that people should work or study from home.

There has been a strange absence of leadership from Mr Putin on the coronavirus crisis.

On Friday, the Kremlin insisted there was no epidemic in Russia but three days later and the capital is in lockdown. The president’s default appears to be to downplay the virus. Perhaps this is to stop the spread of panic, but more likely it is to capitalise off the perceived wins of Russia being able to control an epidemic the West cannot.

The more realistic perspective and the real leadership on this has come from Mr Sobyanin. His impulse has been to meticulously watch the response of countries elsewhere and to take every possible precaution back home, first as mayor and then as head of the country’s COVID-19 task force. 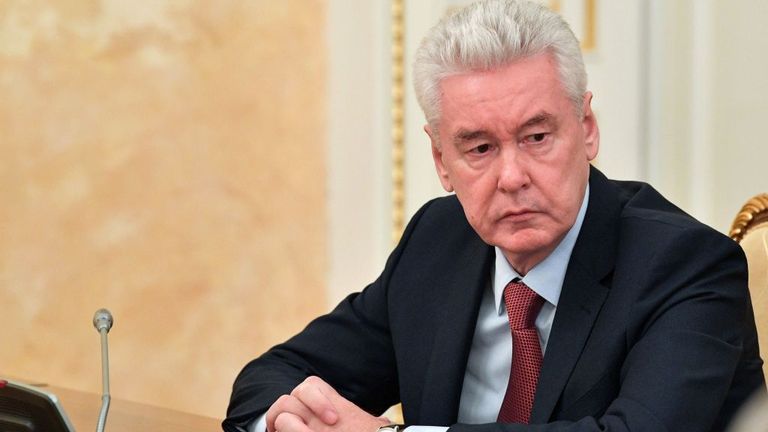 The decision to put Moscow in lockdown was his. Last Tuesday in a televised meeting a visibly frustrated Mr Sobyanin told the president that the numbers in the capital alone were far higher than the official statistics suggested and that the response must be ramped up nationwide.

It was his call to implement a regime of high alert on 5 March which required anyone returning from high-risk countries to self-isolate for 14 days. These measures may have won Russia valuable time.