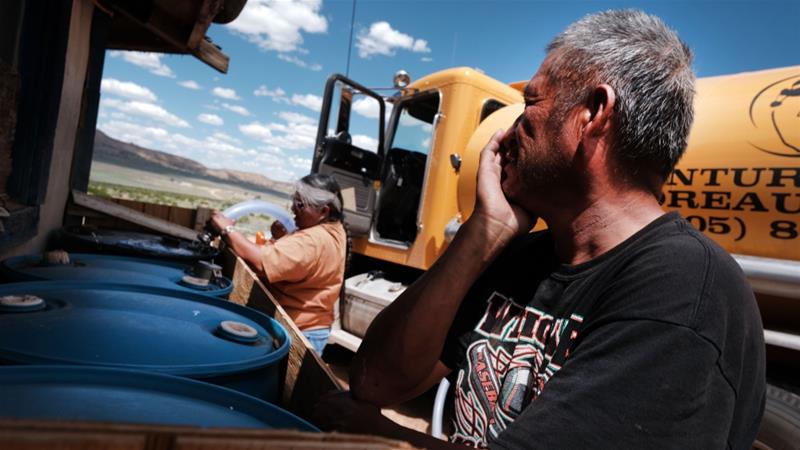 A steep rise in coronavirus cases on the Navajo Nation in the western part of the United States has caused concern among regional leaders, who worry the tribal lands are ill-equipped to handle the pandemic and the federal government is taking too long to address needs.

The Navajo Nation Department of Health and Navajo Area Indian Health Service reported 174 COVID-19 cases in the Navajo Nation on Wednesday, along with seven COVID-19-related deaths. There were roughly 49 confirmed cases one week ago.

The Navajo Nation is a 71,000 square kilometre (27,413 square mile) semi-autonomous territory spanning three US states – Arizona, New Mexico, and Utah. It essentially serves as a reservation for the over 350,000 Navajo (or Dine, in their language) people who live there.

Navajo Nation leaders have increased restrictions in order to avoid a dire outcome.

The curfew lasts from 8pm to 5am and excludes essential employees travelling to and from work, though they must have documentation to justify their travel.

But Navajo leaders have reportedly criticised the wider effort to contain the virus, with some pointing to what they say was the delayed closure of the Grand Canyon National Park.

The Navajo Nation and county leaders lobbied for the Grand Canyon to close for weeks, as tourists who wish to see the East Rim of the park must drive through tribal lands. It was closed on Tuesday.

“The closure of the park took longer than it should’ve, but we’re glad it’s finally closed,” Nez was quoted by local media as saying.

While the closure of the Grand Canyon is seen as a positive step, officials worry the coronavirus poses a serious threat to US Indigenous peoples.

New Mexico Governor Michelle Lujan Grisham said she was “very worried” about the spikes in coronavirus cases on the Navajo Nation in a call with US President Donald Trump.

The pandemic “could wipe out those tribal nations”, Lujan Grisham told ABC News earlier this week. 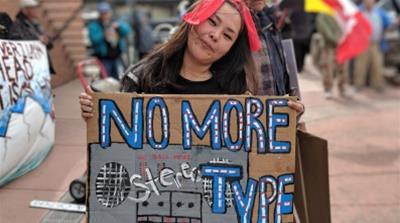 Police have reportedly started enforcing the curfew, driving through Navajo communities, stopping drivers and using intercoms to inform residents of Tuba City, Arizona that the lockdown was in effect.

While the curfew in the Navajo Nation is viewed as necessary by health and tribal officials, it could create challenges for Navajo citizens on tribal lands.

For example, there are only 13 full-service supermarkets on Navajo Nation lands, according to Partners In Health, a health advocacy organisation. Many people travel to so-called “border towns” such as Flagstaff, Arizona, or Farmington, New Mexico, for shopping.

The Navajo Nation also has a notable unsheltered population, which also lives in or around “border towns”, where some face discrimination.

Al Jazeera contacted the Navajo Nation about efforts to address these challenges, but did not immediately receive a response.

Navajo Nation authorities and the Arizona National Guard have set up emergency centres that will help with medical and food aid, according to local reports.

The massive $2 trillion emergency coronavirus aid bill passed by Congress on March 25 allotted $64m to the Indian Health Service (IHS), the federal agency that oversees healthcare among tribal nations in the US.

The sum is designated for testing for the coronavirus, according to the bill.

Rear Admiral Michael D Weahkee, the IHS principal deputy director, said in a statement sent to Al Jazeera that Congress has passed further bills, including $1bn in funds to fight the coronavirus outbreak.

“IHS headquarters is working to get resources out to the front lines as quickly as possible. This week we held rapid tribal consultation and urban confer sessions to guide our distribution of $134 million in new resources to respond to coronavirus … in American Indian and Alaska Native communities.

“These funds will support IHS and tribal and urban Indian organizations in our response”, Weahkee concluded.