Russia: Former US ambassador to Ukraine says Europe is ‘craven’

Echoing a similar threat the country imposed on Ukraine before launching its illegal invasion in February, ally of Russian President Vladimir Putin and Russian politician Vyacheslav Volodin said Russia could “take back” Alaska, while addressing the Kremlin on Wednesday, according to the Moscow Times. But what more is inside this threat?

The threats were made in response to the crippling sanctions imposed by the West on Russia as punishment for the Ukraine war.

“Let America always remember: there is a part of its territory that is Russia — Alaska,”

“When they attempt to appropriate our assets abroad, they should be aware that we also have something to claim back.” 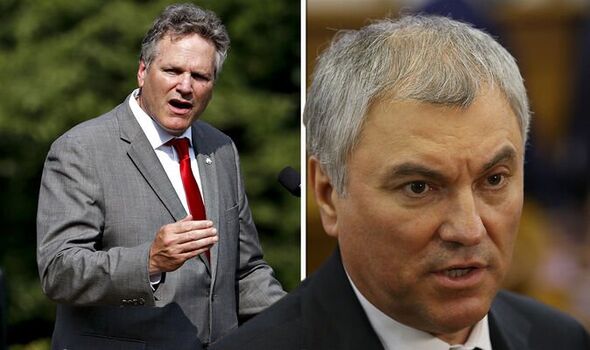 He then urged other members of Russian Assembly Duma to: “Keep an eye on Alaska.”

Russia is closer proximity to Alaska with a distance between the mainlands listed as only 55 miles, whereas the closest US State is located more than 2,200 miles away. 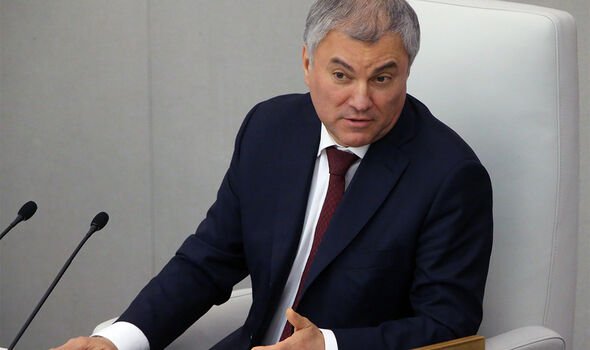 However, seeing a potential for gold, fur and fisheries – as well as the hope to become a pacific power, the US purchased Alaska from the Russian Government in 1867.

A check for $7.2 million and a Treaty of Cession sealed the deal between the US and Russia.

The US later made the territory its 49th state in 1959 under President Dwight Eisenhower’s signature.

Commemorating the move, Alaska celebrates Alaska Day every year on October 18 to mark the day the territory was transferred. 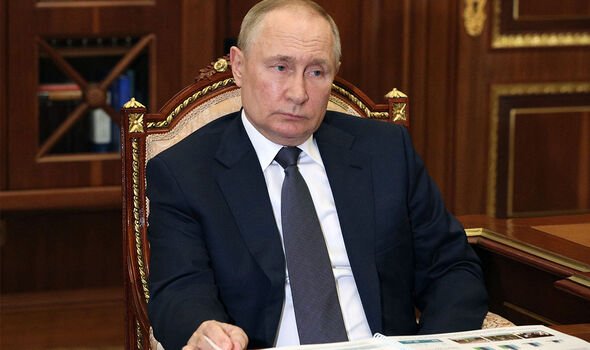 Could Russia take back Alaska?

Reclaiming Alaska appears to have remained a fairly low priority for Russia up until now.

Putin said: “Why do you need Alaska? By the way, Alaska was sold some time in the 19th century.”

“Louisiana was sold to the United States by the French at about the same time.

“Thousands of square kilometres were sold for $7.2 million, although in gold.”

He then called the purchase “inexpensive” and said people should “not get worked up about” Alaska.

However, as potential tribunals and courts against Russia’s actions toward Ukraine transpire, Russian threats have intensified.

Mr Volodin added in his statement to the Kremlin: “We are not interfering in their internal affairs, but they have been saying for decades that everything that is happening with them, the elections of all presidents, all that is because Russia is interfering.”

MP Pyotr Tolstoy, deputy speaker of the parliament proposed holding a referendum on Alaska – a similar tactic carried out in Crimea.

However, in response to said threats, Alaska Governor Mike Dunleavy taunted in a tweet: “To the Russian politicians who believe they can take back Alaska: Good luck.”