Italy and the European Commission have blocked a shipment of AstraZeneca’s COVID-19 vaccine destined for Australia.

The British-Swedish drug manufacturer had failed to meet its EU contract commitments so the Italian government refused its request to export 250,000 doses from its Anagni plant near Rome, according to the Reuters news agency.

The request was made by Italy and signed off by the European Commission under a new export control system that came into law on 30 January. This is the first time it has been used by a member state.

It is understood the doses will now be redistributed within the EU.

Live COVID updates from the UK and around the world 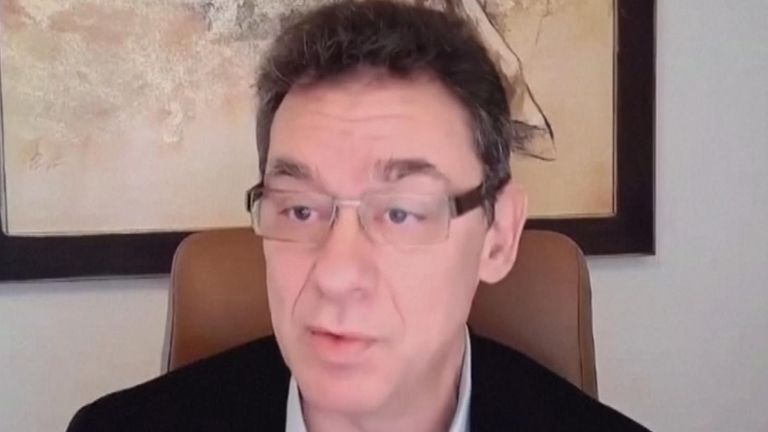 This is the latest in a running feud with the EU that started in late January when AstraZeneca, whose vaccine was developed with Oxford University, announced it would only be able to deliver about 40% of the doses it had agreed with the EU due to manufacturing issues.

European leaders demanded that the company should do more, including sending doses made in the UK, but AstraZeneca initially refused.

The export control mechanism was introduced during that initial row and means companies have to respect their contractual obligations to the EU before commercial exports can be approved.

Despite this, the vaccine rollout in the 27-member bloc has so far been slow yet the EU insists they want 70% of adults in Europe to have a jab by the end of the summer.

In his first heads of state summit as prime minister, Mr Draghi called for the export control mechanism to be applied with greater severity or to block the export of doses by companies that do not respect their EU contracts.

During a phone call with European Commission President Ursula von der Leyen on Wednesday, Mr Draghi said it was necessary to “suffocate” big pharmaceutical companies to force them to respect the agreed delivery terms.

AstraZeneca agreed at the end of January to deliver nine million additional doses in the first three months of the year, making a total of 40 million doses for that period.

Ms von der Leyen said she agreed with British Prime Minister Boris Johnson that vaccine factories in the UK and Europe would deliver doses to the EU.

The EU had threatened to trigger Article 16 of the Northern Ireland Protocol, which only came into force four weeks before. The article would have overridden part of the Brexit agreement to control shipments of the doses but was quickly reversed.

That would have risked a hard border on the island of Ireland and Irish Prime Minister Michael Martin said Northern Ireland’s post-Brexit border arrangements became “collateral damage” in the EU’s “nasty row”.