US spy agencies have admitted that the true origins of COVID-19 may never be known.

The Office of the US Director of National Intelligence (ODNI) said on Friday that theories involving transmission from animals or a leak from a lab were plausible.

However, the office added that analysts could not agree which was more likely or if any firm conclusion could be made at all.

They did, however, dismiss suggestions that the virus originated as a bioweapon, saying backers of this theory “do not have direct access to the Wuhan Institute of Virology”.

The office also said that those behind this theory have been accused of spreading disinformation.

Wuhan is the city in China where COVID-19 cases were first detected. 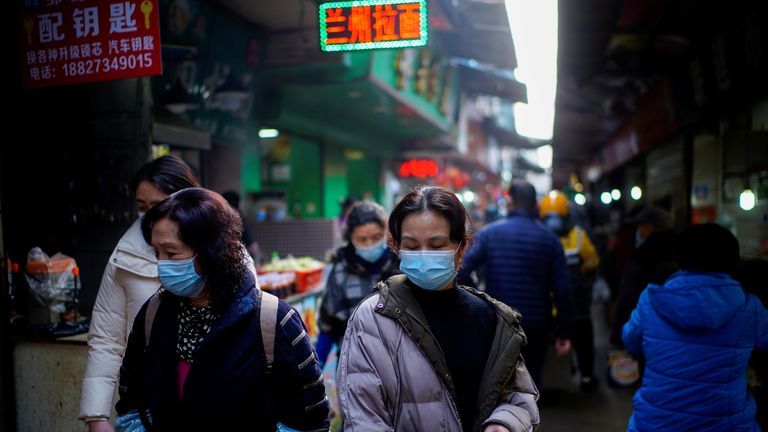 Some US spy agencies supported the theory that the virus originated in nature but there has been little evidence for this in recent months.

In the ODNI report, which is an update of a 90-day review that President Joe Biden’s administration released in August, four agencies concluded there was “low confidence” that the virus was initially transmitted from an animal to a human.

While a fifth agency said it had “moderate confidence” that the first human infection was linked to a lab.

The report also pointed out that the global scientific community did not have “clinical samples or a complete understanding of epidemiological data from the earlier COVID-19 cases”, making it difficult to assess the theories properly.

China has been criticised for not being more cooperative in the investigations into COVID-19’s origins and there are differing views in the US as to how much China should be blamed.

Donald Trump, who was US president in the early months of the pandemic, referred to the virus as the “China virus”, making it clear where he placed the blame.

Responding to the intelligence report, the Chinese embassy in Washington said in a statement to Reuters news agency: “We have been supporting science-based efforts on origins tracing, and will continue to stay actively engaged. That said, we firmly oppose attempts to politicise this issue.”