Pro-Beijing officials expect no delays to the passage of new law amid signs the annual June 4 vigil will be banned. 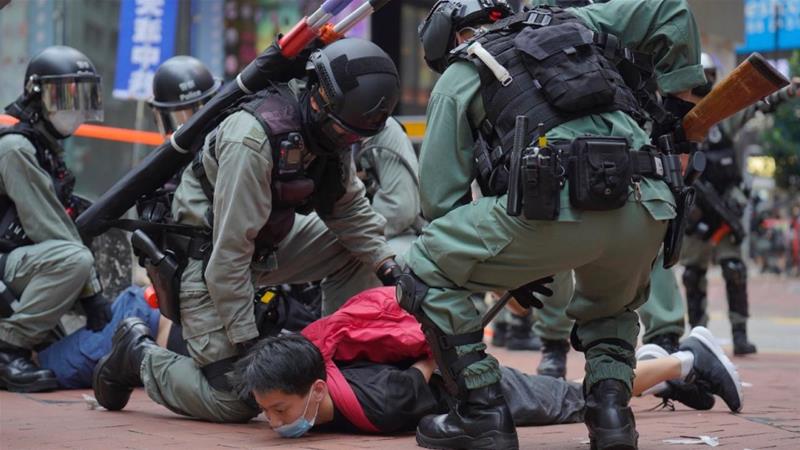 Hong Kong’s security chief on Monday warned “terrorism” was growing in the city as the local government rallied behind Beijing’s plan to impose national security laws on the restive territory and police fired tear gas and pepper spray at thousands of people who took to the streets to protest.

“Terrorism is growing in the city and activities which harm national security, such as ‘Hong Kong independence’, become more rampant,” Secretary for Security John Lee said in a statement.

“In just a few months, Hong Kong has changed from one of the safest cities in the world to a city shrouded in the shadow of violence,” he said, adding that national security laws were needed to safeguard the city’s prosperity and stability.

Tam Yiu-chung, Hong Kong’s sole delegate to China’s National People’s Congress Standing Committee, told the public broadcaster RTHK on Monday that said he did not expect any delay in the drafting of the national security law.

Tam said members would start work on it soon after the NPC votes on the resolution on Thursday, adding that the standing committee would hold a meeting at the end of June to discuss the matter.

Earlier, Ray Chan, a pro-democracy member of Hong Kong’s Legislative Council, wrote on social media: “Call us terrorists, whatever you want, after the Wuhan Virus outbreak, China has no more credibility in the world.”

On Monday, police said they arrested more than 180 people during protests on Sunday.

Authorities had fired tear gas and water cannon to disperse anti-government protesters who accused the police of using excessive force.

In a return of the unrest that roiled Hong Kong last year, crowds thronged the streets of the city in defiance of curbs imposed to contain the coronavirus.

In contrast with previous rallies, however, there were louder calls for independence with chants of “Hong Kong independence, the only way out,” echoing through the streets.

Calls for independence are disliked by Beijing, which considers Hong Kong an inalienable part of the country.

Financial Secretary Paul Chan wrote on his blog on Sunday the national security law “itself” does not affect investor confidence, only the “misunderstanding” of it does.

“The central government has already said the law is targeted at the minority of people who are suspected of threatening national security and will not affect the rights of the general public.”

Lee’s comments came amid growing signs that the June 4 candlelight vigil organised annually by civil society groups to commemorate the 1989 Tiananmen Square massacre in Beijing could be banned.

While declining to go into specifics, former Hong Kong Chief Executive CY Leung told public broadcaster, RTHK, that anything that involves activities said to be “separatist in nature” may well be banned.

He explained that the purpose of the legislation was not to deter people from holding protests but to combat “terrorism”, and stamp out the activities of people who advocate independence for Hong Kong.

Leung is a vice chairman of the Chinese People’s Political Consultative Conference. 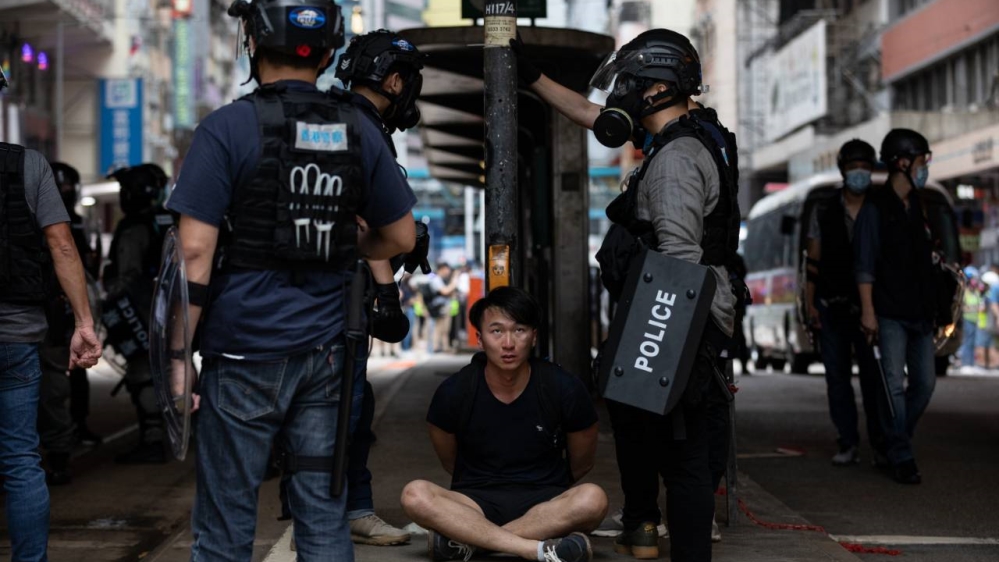 RTHK quoted him as saying that whether the vigil itself could fall foul of the law could depend on what participants do even after the gathering is over.

The United States, Australia, Britain, Canada and others have expressed concerns about the national security legislation, widely seen as a potential turning point for the city, which was guaranteed rights and freedoms unknown on the mainland when it was returned to Chinese rule in 1997.

On Sunday, the US said the new legislation could lead to sanctions that would threaten the city’s status as a financial hub.

“It looks like with this national security law they’re going to basically take over Hong Kong and if they do … Secretary [of State Mike] Pompeo will likely be unable to certify that Hong Kong maintains a high degree of autonomy,”  National Security Advisor Robert O’Brien said in an interview with NBC.

“And if that happens, there will be sanctions that will be imposed on Hong Kong and China.”

Beijing, meanwhile, has warned of a “new Cold War” with the US, saying the country has been infected by a “political virus” compelling people to continually attack China.

Taiwan, which has become a refuge for a small but growing number of pro-democracy protesters fleeing Hong Kong, said on Monday it would provide the people of Hong Kong with “necessary assistance”.