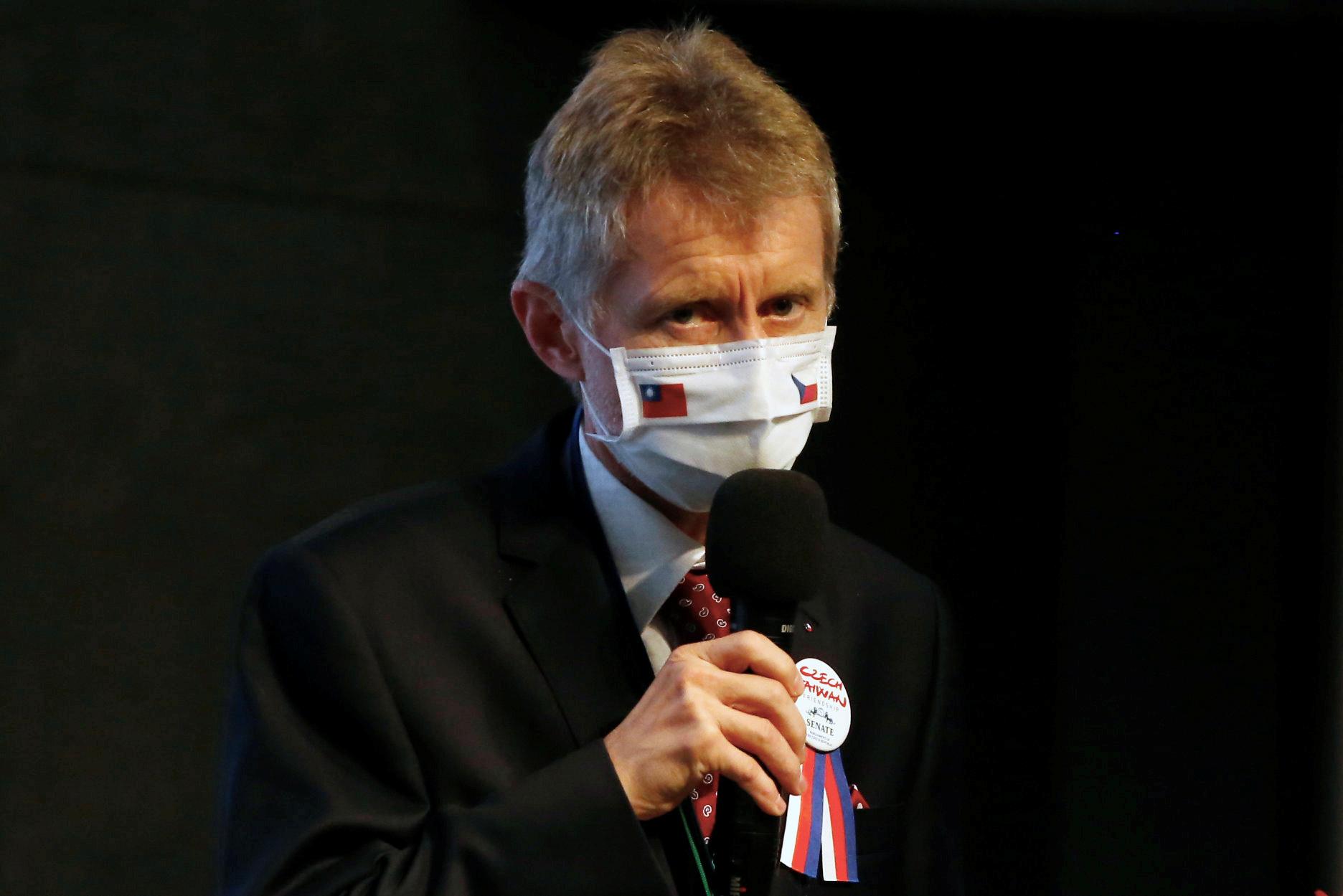 Vystrcil arrived in Taipei on Sunday on a visit to promote business links with Taiwan, and said the Czech Republic would not bow to Beijing’s objections. China considers Taiwan a breakaway province ineligible for state-to-state relations.

“The Chinese government and Chinese people won’t take a laissez-faire attitude or sit idly by, and will make him (Vystrcil) pay a heavy price for his short-sighted behaviour and political opportunism,” China’s foreign ministry cited State Councillor Wang Yi as saying.

Wang, who was visiting Germany, gave no further details of how Beijing would respond.

Czech Foreign Minister Tomas Petricek said that although the government did not support the trip, Wang’s remarks were too strong and he summoned the Chinese ambassador to explain.

“Minister Wang’s statement has crossed the line, such strong words don’t belong in relations between two sovereign countries,” Petricek said on Twitter, calling for cooperation “without emotions which don’t belong in diplomacy.”

Vystrcil said Wang’s comments were an interference in Czech internal affairs and that his visit was not meant to “politically confront anyone”.

“We are a free country seeking to have good relationships with all countries and I believe this will be the case in the future irrespective of the statement of the minister,” he said in a statement.

Speaking later at a Taipei university, Vystrcil praised Taiwan and its democratic way of life.

Taiwan Economics Minister Wang Mei-hua, speaking before a business forum with Vystrcil, told reporters the Czech Republic and Taiwan were both “free and democratic countries which put great store on human rights”.

Czech President Milos Zeman has sought closer business and political ties with China since taking office in 2013, but his efforts have been hit by failed investment plans and Czech wavering about allowing China’s Huawei Technologies [HWT.UL] to play a role in developing next-generation telecoms networks.