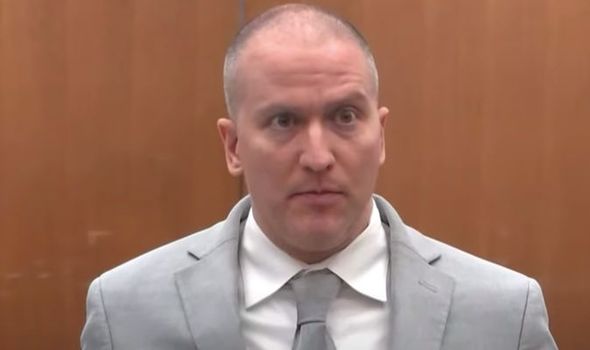 The former police officer was handed the sentence by a Minnesota judge during a court hearing.

Prosecutors had asked for a 30-year prison sentence – double the upper limit indicated in sentencing guidelines for a first-time offender.

Speaking through his attorney Eric Nelson, Chauvin had asked the the judge to sentence him to probation, writing that the murder of Floyd was “best described as an error made in good faith.”

In a sentencing memorandum, prosecutors from the Minnesota attorney general’s office argued the crime had “shocked the conscience of the Nation”.

Earlier during a sentencing hearing, some of Floyds relatives gave emotional messages on a video.

Floyd’s seven-year-old daughter appeared on a video, in which she said: “I ask about him all the time.

“My daddy always used to help me brush my teeth.”

When asked what she would say to him if she could see him again, the young girl replied: “It would be I miss you and I love you.”

Terrence Floyd asked: “What was going through your head as you had your knee on my brother’s neck?”

He also told the judge he wanted the maximum sentence, adding: “We don’t want to see no more slaps on the wrist.

“We’ve been through that already.”