Derek Chauvin killed George Floyd last summer when he and other police officers knelt on the Black man’s neck until he died, despite protests from Mr Floyd that he couldn’t breathe. The murder of Mr Floyd was so shocking that the whole world reacted in anger. Videos circulated the internet in countries across the globe of Mr Floyd’s life being taken on camera, sparking Black Lives Matters protests everywhere. Chauvin’s guilty verdict will come as a huge relief to people everywhere, who are desperate for justice to be served in the case of Mr Floyd.

Jurors in the Chauvin trial concluded their deliberations shortly after 3pm ET (Eastern time), according to Spenser Bickertt, a spokesperson for the Hennepin County Court.

In total, jurors deliberated for more than 10 hours over the space of two days to reach the guilty verdict.

Lewis Goodall tweeted: “Chauvin’s bail has just been revoked. He’s to be kept in custody until sentencing. He’s just been taken away in handcuffs.” 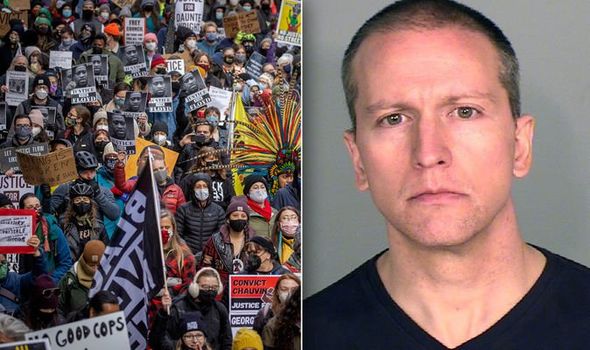 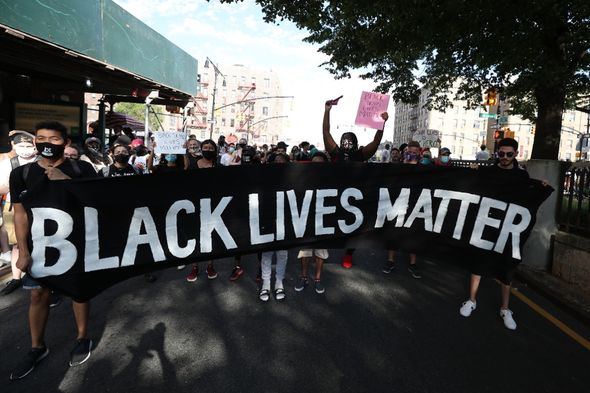 The former Minneapolis Police officer was convicted by 12 jurors or second-degree unintentional murder, third-degree murder and second-degree manslaughter in the death of Mr Floyd.

The maximum sentence for second-degree unintentional murder, which translates to manslaughter in the UK, is a prison sentence of not more than 40 years.

The maximum sentence for third-degree murder is imprisonment of a maximum of 25 years.