Myanmar coup has potential to be a ‘catastrophe’ says expert

Foreign Secretary Mr Raab today paid tribute to the “courage” of diplomat Kyaw Zwar Minn after he reportedly spent the night in his car, having been barred from entering the building the day before. Mr Minn claimed he had been the victim of a “coup” in the streets of central London, accusing Myanmar’s military attache of “seizing” the embassy in an “unacceptable and disrespectful” act against both the country’s people and the UK.

The diplomat has called for the release of Aung San Suu Kyi, Myanmar’s elected leader detained in the wake of the military seizing power in a coup on February 1, a move which triggered weeks of protest and retaliation from the regime has resulted in the deaths of hundreds.

British officials are understood to have pressed Myanmar’s authorities on Wednesday night on whether the regime was formally terminating the ambassador’s position, and the UK has since received that confirmation.

But no formal notification of his replacement has been received. as diplomats communicate with the charge d’affaires or deputy. 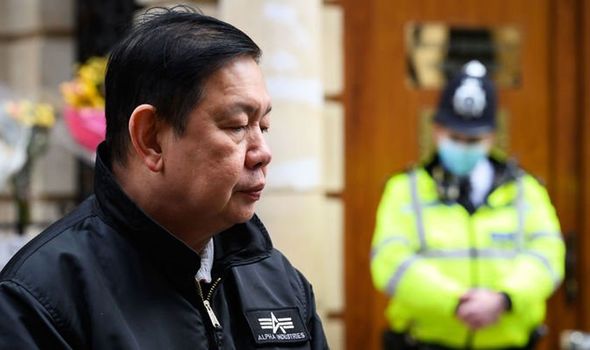 We condemn the bullying actions of the Myanmar military regim

Mr Raab tweeted: “We condemn the bullying actions of the Myanmar military regime in London yesterday, and I pay tribute to Kyaw Zwar Minn for his courage.

“The UK continues to call for an end to the coup and the appalling violence, and a swift restoration of democracy.”

A statement read out today on behalf of Kyaw Zwar Minn outside the embassy, located in Charles Street in Mayfair, said he was facing repercussions after making a statement in March condemning the coup in Myanmar and calling for a return of democracy in the South-east Asian country.

The statement explained: “Since then he has stopped following instruction from the Myanmar foreign ministry and he has been meeting with many diplomatic counterparts and Myanmar community to discuss the current situation in Myanmar hoping to find a peaceful solution.

JUST IN: Help for expats in Spain – UK pays extra £1m into fund for pensioners 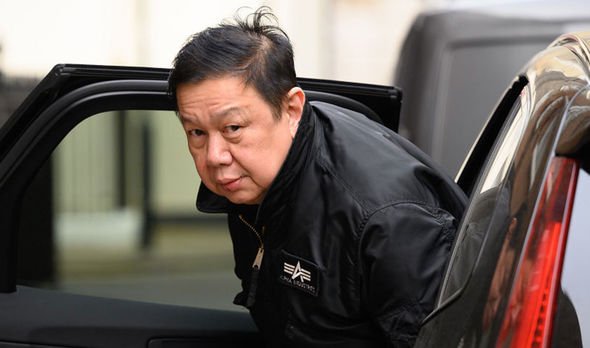 “Due to his stance, the Myanmar embassy in London has been seized by the military attache yesterday evening. The ambassador has been locked out since then.”

The statement added: “There has been a coup in Myanmar in February and now the same situation in central London.

“This is unacceptable and disrespectful not only to the people of Myanmar but it is also clearly disrespectful to all of democratic society in the UK.”

Mr Minn was seen getting out of a car that bore a large image of Ms Suu Kyi across its rear window on Wednesday evening before ringing a doorbell as he unsuccessfully tried to enter the building, while a small number of police officers stood nearby.

DON’T MISS
Myanmar air strike horror: Villagers flee as area targeted by jets [HORROR]
Myanmar latest: Is it safe to travel to Myanmar at the moment? [REVEAL]
Myanmar coup: Woman, 20, dies after being shot in the head [SHOCK] 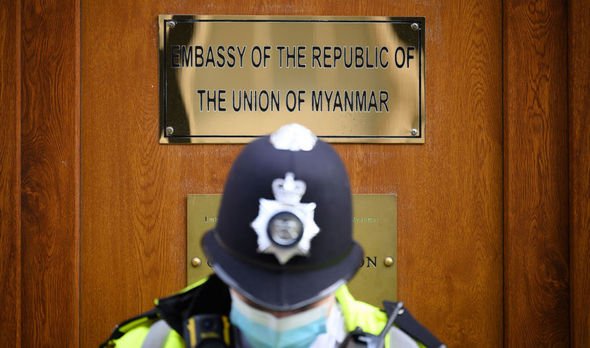 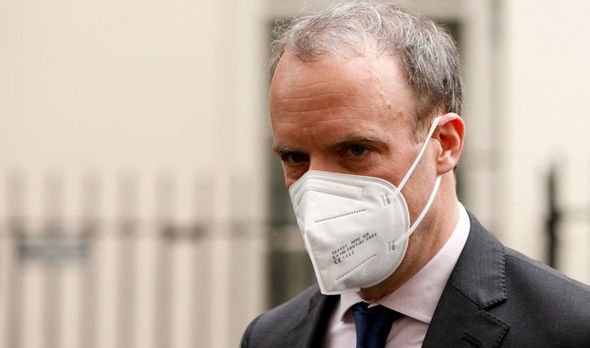 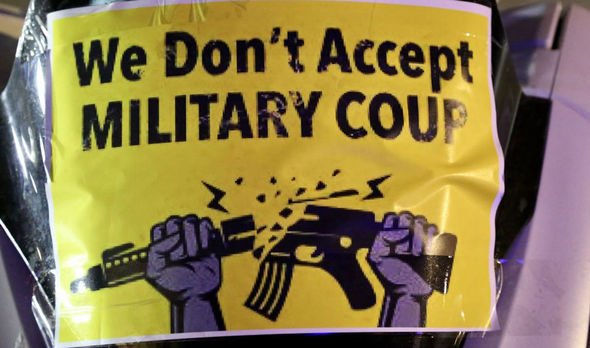 Prime Minister Boris Johnson has previously condemned the ousting of the elected government in Myanmar and criticised the “unlawful imprisonment of civilians” after Ms Suu Kyi was detained.

Myanmar’s military has since violently cracked down on opponents, with security forces reportedly killing hundreds of protesters and bystanders.

Foreign ministers from the G7 nations have also condemned the “intimidation and oppression” of protesters following the coup.

On March 8, Mr Raab tweeted that he had spoken to Mr Minn, praising “his courage and patriotism in standing up for what is right”. 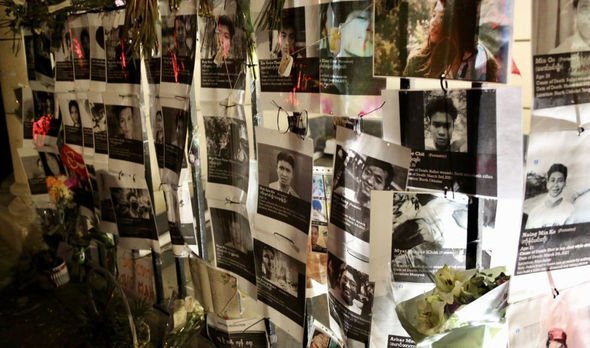 He added: “We join his call for the immediate release of Aung San Suu Kyi and President Win Myint, and for a return to democratic rule.”

Protesters have left bunches of flowers and posters attached to railings outside the embassy to mark the lives of the civilians who have been killed.

A spokesman for the Metropolitan Police said: “We are aware of a protest outside the Myanmar embassy in Mayfair, London.

“Public order officers are in attendance. There have been no arrests.”