Donald Trump had a “restful first night” back at the White House according to his doctor, reporting no symptoms of coronavirus on Tuesday. A physician said Mr Trump would continue treatment from the White House adding the USA President “may not entirely be out of the woods yet”. But where does Mr Trump’s approval rating stand after his hospitalisation for COVID-19?

Mr Johnson’s condition worsened and he was admitted into intensive care.

The Prime Minister experienced a massive rise in his approval rating following his serious reaction to the virus.

On March 16, his approval rating stood at 46 percent, surging to 66 percent by April 13, the day after he was discharged from hospital. 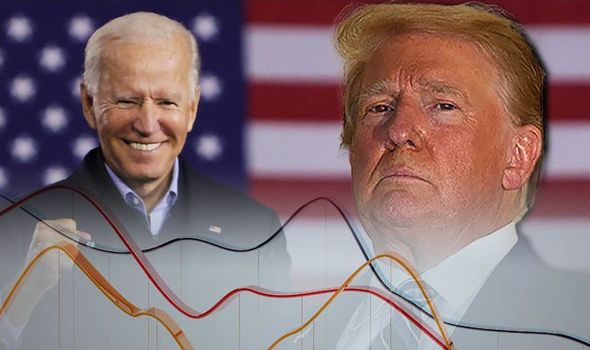 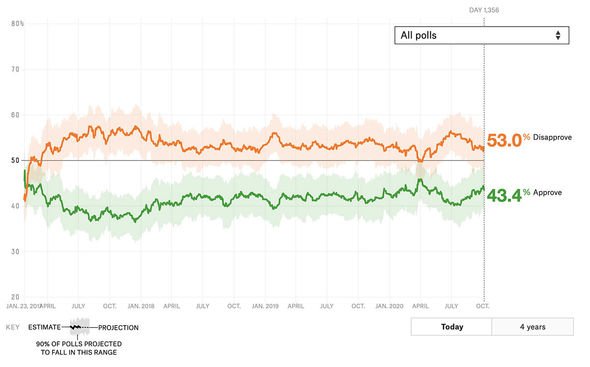 With less than a month until Americans head to the polls to cast their votes, President Trump and Democratic hopeful Joe Biden are continuing to make their bids to win the upcoming US election.

Mr Trump was likely hopeful his own approval rating would experience a similar rise but has that been the case.

However, Mr Trump’s approval rating appears to be holding steady. 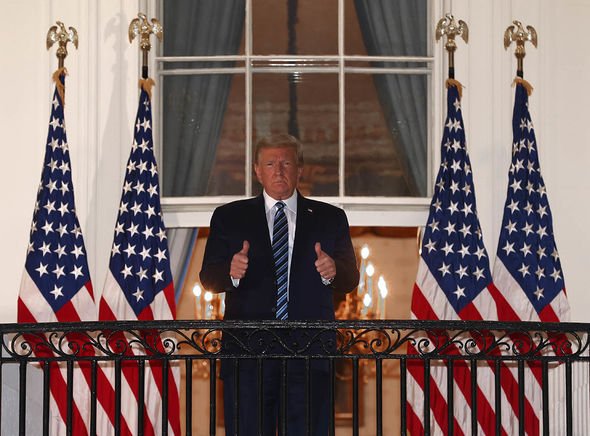 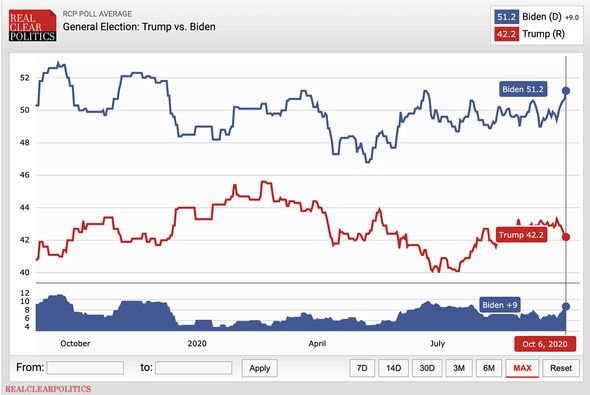 The US leader has a low ceiling with a 47.8 percent approval rating high point achieved in the first week of his presidency.

Despite a year of significant uncertainty including Mr Trump’s impeachment trial, the coronavirus pandemic and the US recession, Mr Trump’s approval rating has remained stable.

His approval rating peaked at 45.8 percent in April and dropped to 40.1 percent in July.

As of Tuesday, October 6, Mr Trump’s approval rating stands at 43.4 percent according to the FiveThirtyEight’s aggregated polling calculation.

The latest poll of 1,328 US adults from Ipsos conducted from October 2, the day Mr Trump’s diagnosis was announced, to October 6 found the US leader had an approval rating of 41 percent.

The Ipsos poll found 53 percent of those polled disapproved of the US leader.

The poll, which included 37 percent Republicans, 41 percent Democrats, 13 percent Independent and nine percent none of the above showed 44 percent would vote for Mr Biden, compared 37 percent for Mr Trump.

Of those polled, 79 percent were completely certain of their voting choice on November 3, while three percent each said they could be persuaded to change, were likely to change or were unsure about their vote. 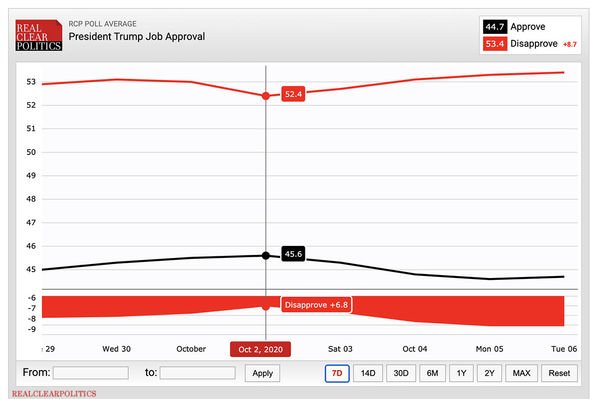 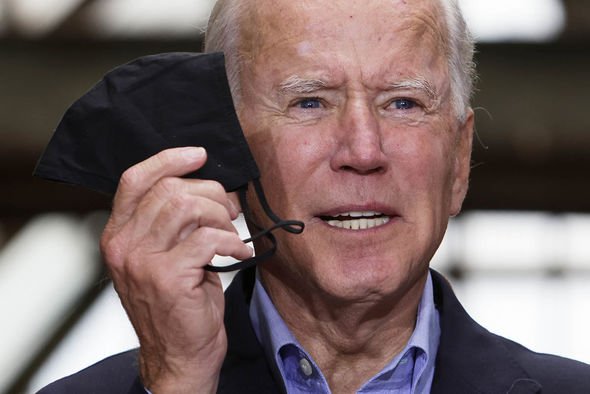 By comparison, the US leader has a disapproval of 53.4 percent.

In the last seven days, the RCP approval charts shows a slight drop in the US leader’s popularity since October 2, while his disapproval rating has seen a slight uplift since that date.

Mr Trump’s approval rating currently stands at slightly lower than the last four incumbent US presidents before they were re-elected.

Ronald Reagan was re-elected for a second term with an approval rating of 54.5 percent, while Bill Clinton had a rating of 57.8 percent.

George W Bush and Barack Obama each had an approval rating of 49.3 percent before they were re-elected.

However, Mr Trump’s pre-election approval rating stands ahead of former presidents who lost their reelection campaigns.

For instance, Jimmy Carter’s approval rating stood at 37.9 percent and George H. W. Bush’s at 32.6 percent before they lost out on their second terms.