Just hours after riots in the Capitol Building on Wednesday night in a dramatic attack on American democracy, Congress finally certified Democrat Joe Biden’s victory in the November 3 US Election. Four people died in the harrowing violence and 52 were arrested as dozens of people besieged the House of Representatives chamber, with thousands more sparking riots outside. The chaos unfolded after incumbent President Donald Trump addressed thousands of supporters from behind bullet-proof glass near the White House, in which he told them to march on the Capitol to express their anger at what he claimed was a fraudulent election.

Uring his supporters “to fight”, he said: “We will never give up, we will never concede.”

The President had previously tweeted in December to say: “Statistically impossible to have lost the 2020 Election. Big protest in DC on January 6. Be there, will be wild!”

However, with Congress finally ratifying the result, President Donald Trump said on Thursday there will be an orderly transition when Mr Biden takes office as president in less than two weeks.

But the incumbent continued to find fault with the result of the election, despite no evidence to support his allegations. 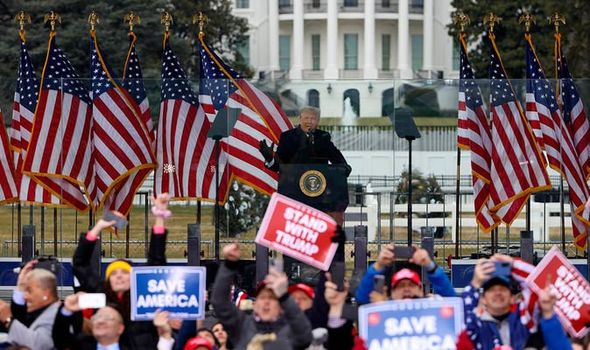 We will use your email address only for sending you newsletters. Please see our Privacy Notice for details of your data protection rights. Donald Trump could declare war on Iran to keep hold of White House

What did Donald Trump say?

In a statement posted on Twitter by White House spokesman Dan Scavino, the President said: “Even though I totally disagree with the outcome of the election, and the facts bear me out, nevertheless, there will be an orderly transition on January 20.

“I have always said we would continue our fight to ensure that only legal votes were counted.

“While this represents the end of the greatest first term in presidential history, it’s only the beginning of our fight to Make America Great Again!”

Mr Biden and Vice President-elect Kamala Harris are due to take office on January 20. 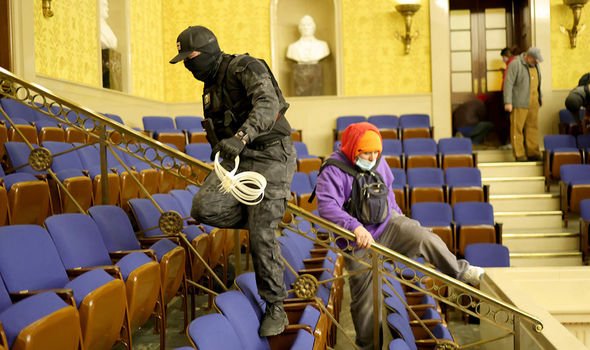 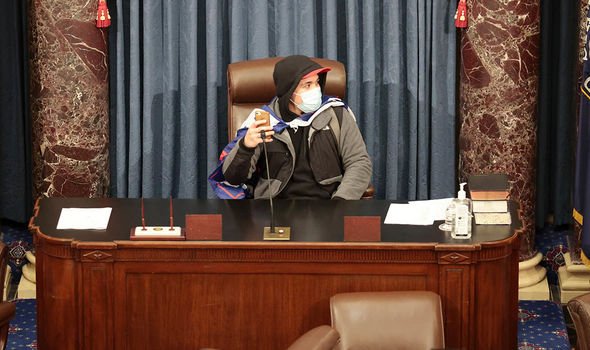 The President was unable to issue his own statement on social media after being suspended from both Twitter and Facebook for repeating his false claims about election fraud.

In a video message to his supporters as they attacked the Capitol building, Mr Trump said “I love you” before telling them to go home.

The social media giant added: “Future violations of the Twitter Rules… will result in permanent suspension of the @realDonaldTrump account”. 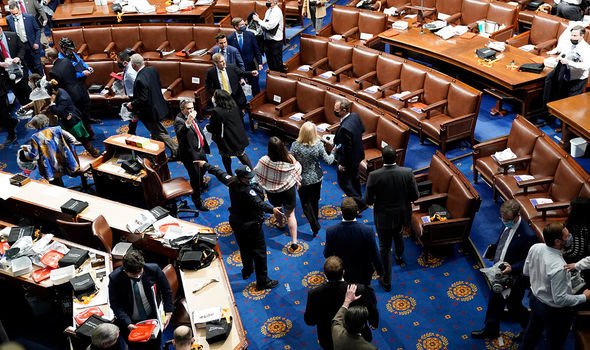 Facebook said in a statement: “We removed it because on balance we believe it contributes to rather than diminishes the risk of ongoing violence.”