The discovery was made by archaeologist Dr Martina Bardonova in Aswan, a city with historical importance that sits on the Nile. She was leading a Spanish research team investigating the reign of Hatshepsut, the first female ruler of Egypt when they discovered an unopened tomb in the cliffs. Channel 4’s “Secrets of Egypt’s Valley of the Kings” revealed how experts delicately excavated the outside of the tomb before they broke in, making an incredible development despite treacherous conditions.

“But first she has to get to the tomb – a Saharan sandstorm is blowing in from the south.

“As the sandstorm reaches gale force, even the 200-metre journey to the burial is a battle.

“In the shelter of the tomb the team can now carefully remove the lid of the terracotta coffin. 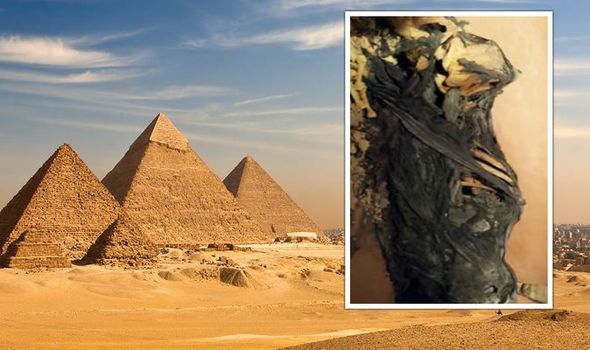 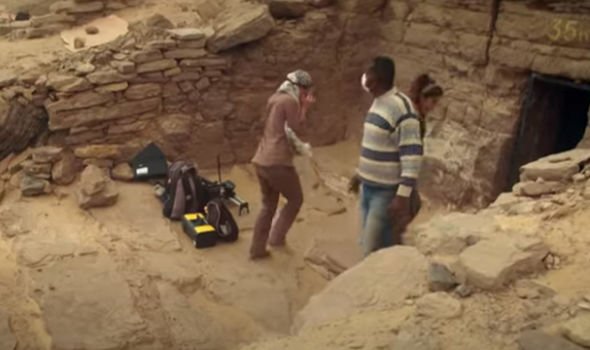 “They are about to find out whether anything has survived after nearly 4,000 years.”

As the expert attempted to remove the coffin, she appeared shaken by its appearance.

She said: “It’s very heavy, but be careful, it looks very scary.

“It’s like a scary movie, if this mummy is moving I’m going as fast as [I] can.

“It’s a very ugly mummy – it’s not really a mummy – just that it was simply put here, but not well bandaged.” 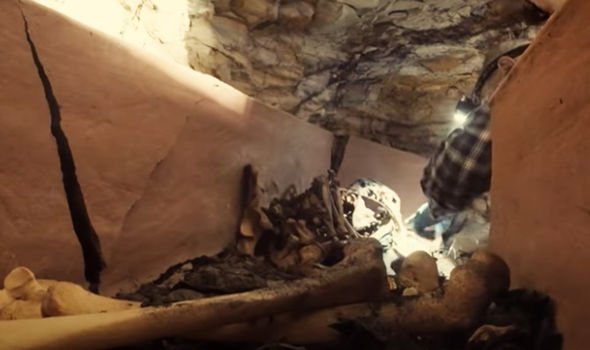 The series detailed how more experts were brought in to get a better understanding of the find.

It added: “The terracotta coffin contains no mummy but a skeleton shrouded in black material.

“They hope to find out who this person was and how they prepared for the afterlife.”

After he took off the bandages, Dr Botella revealed to the team it was a woman. 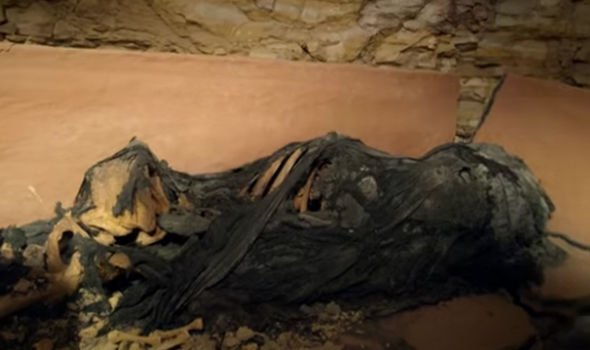 The team were left baffled by his estimate as people in ancient Egypt did not grow very old.

However, those who survived childhood lived for slightly longer.

Dr Bardonova continued in 2019: “The average age life expectancy was about 25, but far more women died during childbirth.

Tutankhamun is one of the most famous of all ancient Egyptians pharaohs, but he is believed to have only lived to 18. 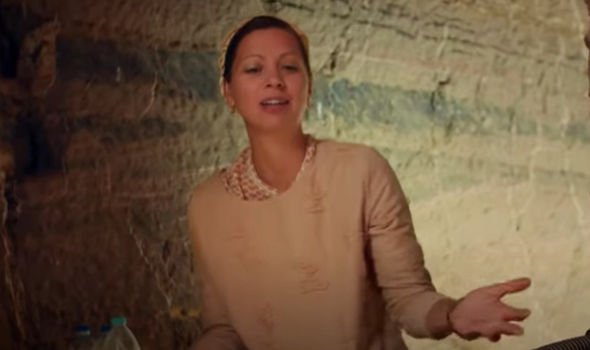 Human remains are primary sources used to calculate age and life-expectancy as there are few written and visual archives.

Occasionally the age at death can be found as an inscription part of the mummy label attached to the bodies.

Secondary evidence of ageing includes legal documents where they sometimes have referred to the person as “aged”.

In ancient Egypt, elders were defined as older adults who were no longer able to contribute labour.

Egyptian writings indicate a social norm of respecting older people, but there was no special position in society for the elderly.