Hollywood has long associated Egyptian tombs with mysterious traps intended to kill those that disturbed the dead. While experts agree the idea has been sensationalised, it has not stopped researchers looking. And Dr Naunton told Express.co.uk that some of the “devices” he has seen in tombs over the years “were not a million miles away” from those portrayed on the big screen.

He explained: “There are things called sand hydraulics, or sandraulics, which was a device used in royal tombs in the Middle Kingdom to seal burial chambers.

“The way this worked was to make a burial chamber as far as possible out of a single piece of stone.

“Imagine an enormous bathtub with very high sides, but the size of a garage – that’s your burial chamber – all you need to do is put a roof on it.

“You lay massive pieces of hard stone across the top and the very last one is suspended and propped up on two wooden posts in a chimney full of sand. 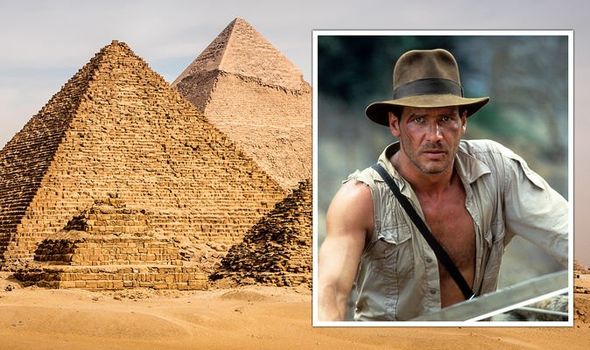 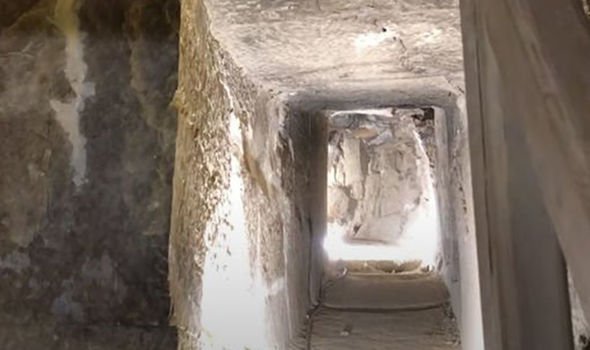 “The sand supports them, but at the bottom, there is a plug – when you remove that, the sand comes flowing out of the bottom and the wooden posts fall down. The block seals the burial chamber shut.”

Dr Naunton stated this was one common way of “sealing shut” a tomb so there was “no way of getting in”.

But he said another technique was used to seal entrances and passageways of pyramids.

He added: “Imagine you cut an entrance passageway, or you build one into the core of the pyramid – you can use that to hold the body and the grave goods.

“Then you fill-up the corridor with huge blocks that are exactly the same shape as the corridor – you turn it into a completely solid mass of stone. 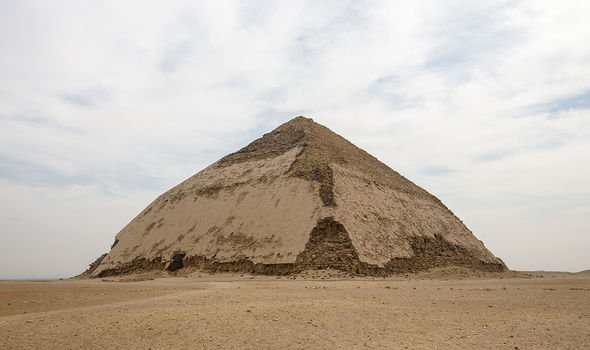 “Robbers always find a way around these though – they smash into the stone around it and tunnel through.”

Recently, at the Bent Pyramid in Dahshur, a “real-life Indiana Jones trap” was said to have been found by an explorer – a portcullis that had been lowered after workers exited the tomb.

But Dr Naunton said there were “quite a lot of examples” of similar techniques being used.

He added: “Elsewhere at Dahshur, in the Black Pyramid, you have them there, at the Hawara Pyramid too.

“At the royal tombs at Tanis from the 21st and 22nd Dynasties, in a couple of examples the burial chambers were completely unviolated and they were sealed with blocking stones rolled into place on bronze rollers. 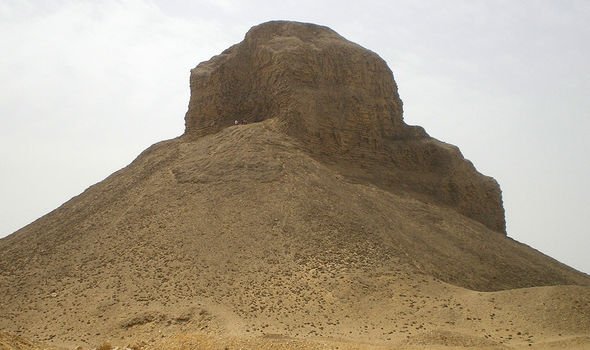 “They were still in the tombs when they were found in the Forties.

“The Egyptians certainly wanted their tombs to remain intact and they insisted on burying people with really expensive and luxury items.”

And the expert, who is also the author of ‘Searching for the Lost Tombs of Egypt,’ said the Egyptians went to great lengths to protect their monuments.

He continued: “We know that very early on they were inventing devices to prevent these robberies. 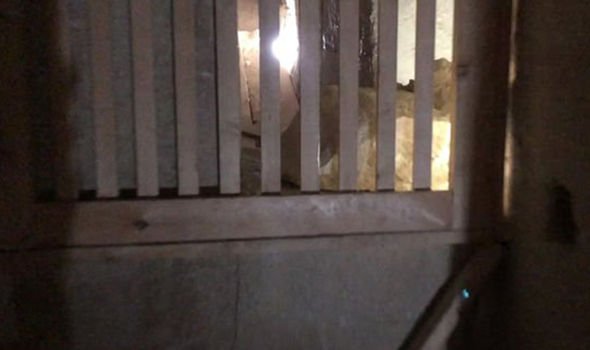 “Over the next 3,000 years or so, it became a constant battle between the authorities and the robbers to try and outwit each other.

“We also see inscriptions like ‘he who comes into this tomb will suffer a terrible fate,’ so there were warnings too.

“The Egyptians were doing everything they could, including using technological devices to try and put robbers off.

“It was never giant boulders like what you see in Indiana Jones, but they were using devices that were not a million miles away from that.”