The American scientist pinpointed the two areas along the Nile basin, 90 miles apart, both containing unusually-shaped mounds. The first area sits alongside the Nile in Upper Egypt, 12 miles from the city of Abu Sidhum and the second is 90 miles north, containing a four-sided shape that is 140-feet-wide. One site included a 620-feet-wide triangular plateau, almost three times the size of the Great Pyramid at Giza, which would make it the largest ever discovered.

Writing on Google Earth Anomalies in 2012, Ms Micol claimed: “Upon closer examination of the formation, this mound appears to have a very flat top and a curiously symmetrical triangular shape that has been heavily eroded with time.

“The second site has a distinct square centre, which is very unusual for a mound of this size and it almost seems pyramidal when seen from above.”

Speaking to Sky News the same year, she added that there were also three smaller mounds “similar to the diagonal alignment of the Giza Plateau pyramids.

“The images speak for themselves. 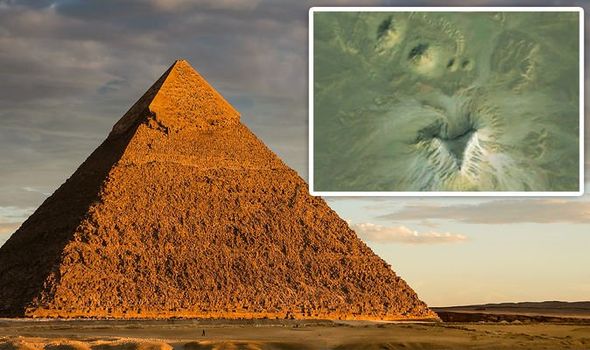 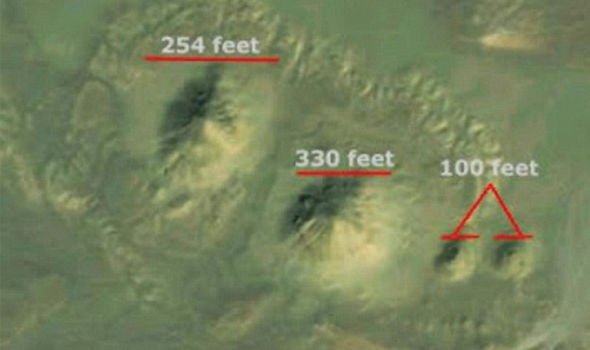 “It’s very obvious what the sites may contain, but field research is needed to verify they are, in fact, lost pyramids.”

But Egyptologists were not so convinced, claiming they were actually geological features known as buttes.

Commonly seen in the local Faiyum Desert, such buttes form when a mound of sediment contains a difficult-to-erode layer.

When the surrounding sediment gradually erodes, that resistant layer gets left on top, making the hill flat. 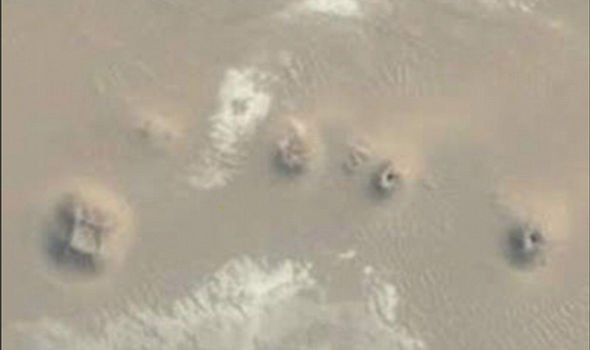 James Harrell, professor emeritus of archaeological geology at the University of Toledo, told LiveScience: “Her Dimai and Abu Sidhum ‘pyramids’ are examples of natural rock formations that might be mistaken for archaeological features provided one is unburdened by any knowledge of archaeology or geology.

“In other words, her pyramids are just wishful thinking by an ignorant observer with an overactive imagination.”

Clair Ossian, a geoarchaeologist at Tarrant County College, added: “What it looks like to me is an area where a resistant layer of stone is underlain by soft rock, perhaps shales.

“If that is so, the triangular one looks very much the sort of feature common in the US southwest, and might be called a butte.” 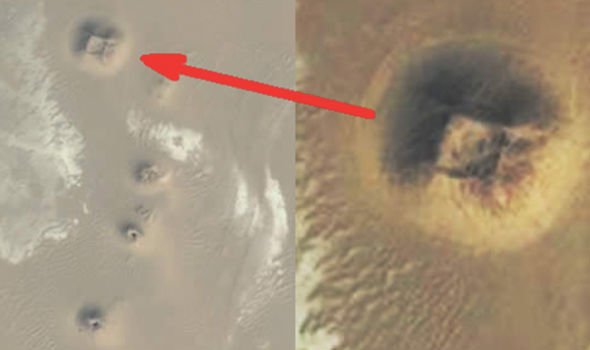 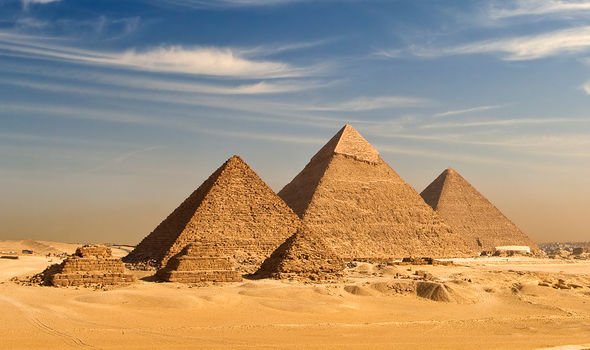 Ms Micol was planning to travel to Egypt to confirm her suspicions, but it appears that will not be necessary.

The Great Pyramid of Giza is the oldest and largest of the three ancient monuments in the Giza Plateau and is believed to have been constructed for the Pharaoh Khufu over a 20-year period, though his body has never been recovered.

It is the only Seven Wonder of the World still largely intact and is estimated to weigh approximately six million tonnes, from the 2.3 million blocks of limestone and granite used, some weighing as much as 80 tonnes.

For years, many have argued over how this colossus monument could have been built with the tools and equipment available more than 4,500 years ago during the Fourth Dynasty.