Rappler CEO has been targeted by the Duterte administration for the news website’s coverage of the deadly war on drugs. 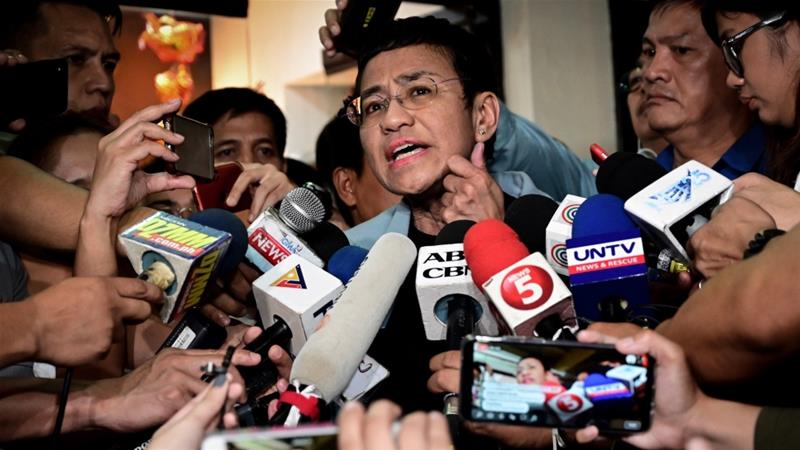 Filipino journalist Maria Ressa has worked as a foreign correspondent under repressive regimes in Indonesia under Suharto and in China under Deng Xiaoping, but now, in her native Philippines, under President Rodrigo Duterte, she faces one of her toughest-ever tests.

“We are at the precipice between a democracy and a dictatorship. This is it,” Ressa, head of the news website Rappler, told Al Jazeera, as she prepared for the verdict on Monday of a cyberlibel case filed against her – the first of at least eight charges she is facing since Duterte came to power in 2016.

At a time when the Philippines is grappling with the coronavirus pandemic, providing Duterte the chance to declare a national emergency while also nudging Congress to fast track the passage of an anti-terror bill and forcing the shutdown of the country’s biggest TV network, the need “to hold the line” on press freedom and keep the government accountable has become even more urgent, she said.

“If we lose these battles, then the Philippines will fundamentally change,” she told Al Jazeera.

The verdict on the cyberlibel case is due at 8.30am (00:30 GMT). Ressa said that she is “trying to be mentally prepared so that whatever happens, nothing will be a surprise or a shock.”

The cyberlibel case against Ressa and her publication stems from a 2017 complaint of a businessman over a Rappler story published in 2012, before the cybercrime law even existed. The businessman said his reputation was “defamed” when he was linked to the then-Supreme Court Chief Justice, who was later removed from office through an impeachment.

Initially, in 2018, the libel complaint was dismissed in 2018, but government investigators under the office of President Duterte, quickly reversed the decision and recommended that Ressa and the reporter, Reynaldo Santos Jr, be prosecuted. Prosecutors said they were only following the law.

But around the same time, Duterte had sought to close Rappler for alleged foreign ownership and tax evasion – allegations the news organisation denied. Rappler had earned Duterte’s ire for its relentless reporting on Duterte’s war on drugs; a signature policy that has left thousands of people dead. It also exposed a pro-Duterte network circulating alleged fake news on social media.

A cyberlibel conviction in the Philippines carries a possible imprisonment of as long as seven years. But it is a bailable offence, allowing those who have been convicted to remain out of jail while the case is under appeal.

In a statement, the National Union of Journalists of the Philippines (NUJP) said the government should “stop weaponising the law” against Ressa and other journalists and media organisations in the country. 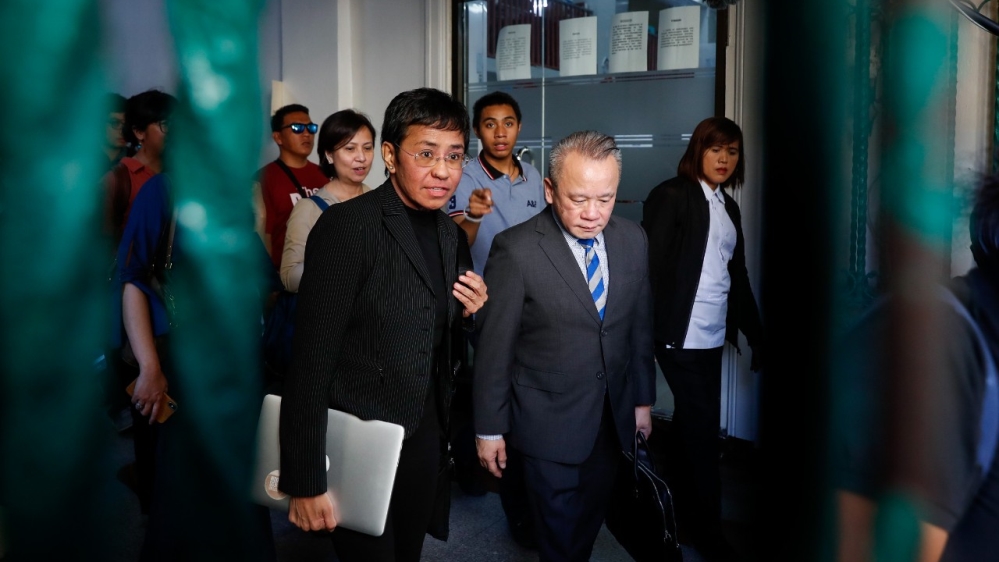 NUJP hopes the the court “will see this case for what it is, part of this vindictive government’s ruthless campaign to silence or intimidate independent and critical Philippine media.”

Aside from Rappler, Duterte has also targeted and forced the closure of ABS-CBN, the largest media company in the Philippines, while the owners of the country’s largest newspaper, Philippine Daily Inquirer, were forced to sell the publication to a Duterte ally after publishing news reports and editorials critical of the mounting deaths.

Carlos Conde, of Human Rights Watch in the Philippines, said the case against Rappler “should never have been filed to begin with.”

“The absurdity of this particular case against Maria Ressa – prosecutors deemed the story in question ‘republished’ after Rappler corrected one word that was misspelled – suggests the desperation of those behind it to silence her and Rappler,” Conde said in a statement to Al Jazeera.

Rappler had acknowledged that it made the spelling correction in 2014, after the cybercrime legislation became a law. But even then, it said that a complaint should have been filed within the one year, or by 2015, as required by the law. The complainant only filed the case in 2017.

By exploiting “an absurd technicality” the government’s case against Ressa “illustrates the lengths the regime would go”, to go after its perceived enemies, Conde added.

Ressa, for her part, said the Duterte should not be so defensive when journalists point out weaknesses in his government “that could be made better”.

The former CNN correspondent added that she remains confident that the Philippine media “will weather” the threats adding that “history is on the side of the journalists, on the side of our constitution.”

‘A matter of principle’

Since being targeted by the Philippine government and subjected to several arrests, Ressa, who was named in Time as part of the 2018 Time Magazine Person of the Year, has travelled extensively abroad. But she said it never crossed her mind not to return to the Philippines.

“I am not just one reporter, and even then, it’s a matter of principle for me,” she said. “I run Rappler. I helped create this organisation. So, it wasn’t a choice. Because in the end, I am not about to let the government pound me into silence.”

The case has become a rallying point for media freedom advocates.

Shawn Crispin, Southeast Asia representative of the Committee to Protect Journalists, said in a statement to Al Jazeera that the Philippines “has a chance to restore a modicum of press freedom” by acquitting Ressa.

“Her conviction and imprisonment would be a disaster for Philippine press freedom and democracy,” Crispin said, adding that if Ressa is jailed, Duterte “will be viewed as public enemy number one by press freedom and rights advocacy groups worldwide.”

An insider in the judiciary told Al Jazeera that proving “malice”, which is a requirement for conviction, is “difficult, as it is a state of mind”, and that Ressa, Santos, and Rappler would probably be cleared. On the rare occasion that guilt is proven, the court usually imposes a fine instead of a jail term, the source said.

Ressa said that given the current political climate in the country, she is “not confident of anything…but I am hopeful.”

At this point, she said, there is only one way to deal with the cases thrown against her and that is “to deal with my fear.

“I embrace my fear.” 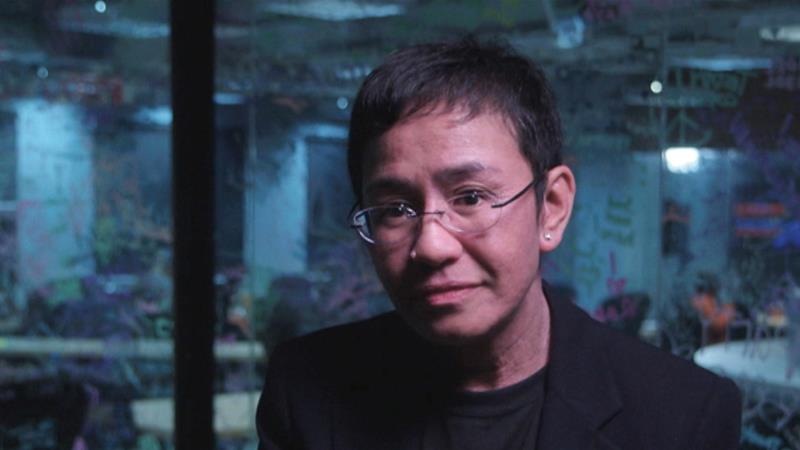