Polling in recent months has indicated that French President Macron will face a much tougher challenge in next year’s election than he did back in 2017. His far-right opponent – Ms Le Pen – stands a real chance of becoming the next leader in France – if polling data is correct – as Mr Macron shifts to the right in an attempt to nullify her. Mr Macron’s approval rating amongst French voters has continued to slump, according to one study by pollsters Ifop. His disapproval rating was put at 60 percent, up two points from a similar poll earlier this month, compared to 37 percent who backed his leadership.

This comes amid a series of controversies surrounding the French President.

He has been criticised for his handling of the pandemic, his recent attempt to pass divisive security laws and his comments on Islam.

As a result of this, experts are warning that Mr Macron is losing support.

Sebastian Roche, a senior researcher at the French National Centre for Scientific Research, called the draft security laws an acceleration of a trend he has been observing since Mr Macron came to power in 2017.

He said in November: “Macron was elected as being left-wing and right-wing, and he offered a well-balanced program. 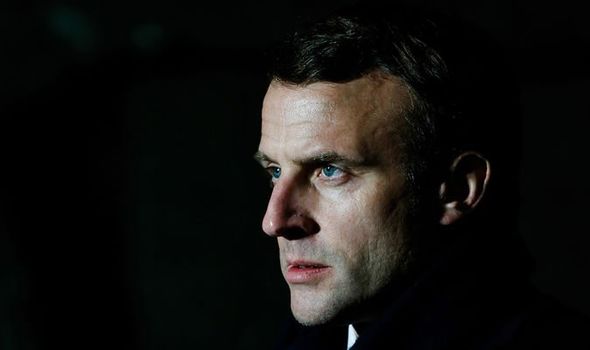 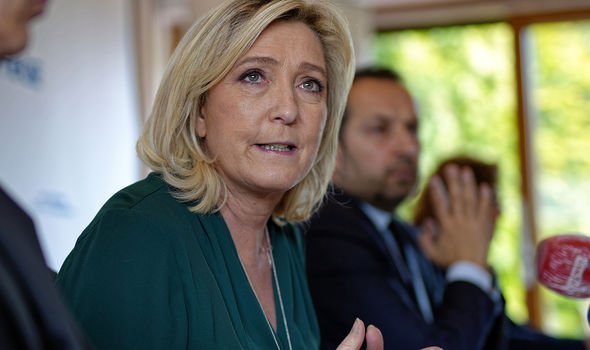 “But he has almost exclusively implemented right-wing policies, and opinion polls show we are now at a watershed: Macron has lost the support of almost all his left-wing voters.

Another expert, Bruno Cautres of the Paris Institute of Political Studies, warned that Mr Macron “hardly stands a chance” of winning the election in 2022 if he continues on his current path.

He said: “The French need security — but also in a social way. They are worried about their public services and unemployment.

“Macron also has to satisfy those needs or he hardly stands a chance in the next presidential election.” 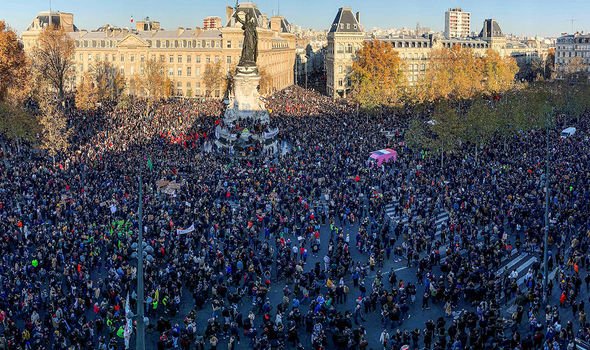 Controversy over the security laws has even seen some leave Mr Macron’s En Marche! party.

Aurelien Tache, who joined a Green parliamentary group last May, said: “I had to leave — I felt like I was betraying my voters. Macron has almost only put in place right-wing measures limiting civil liberties and supporting big companies.

“He has done nothing to fight discrimination and poverty. And with this new security law, he has reached a whole new level — he really wants to become the champion of the right.” 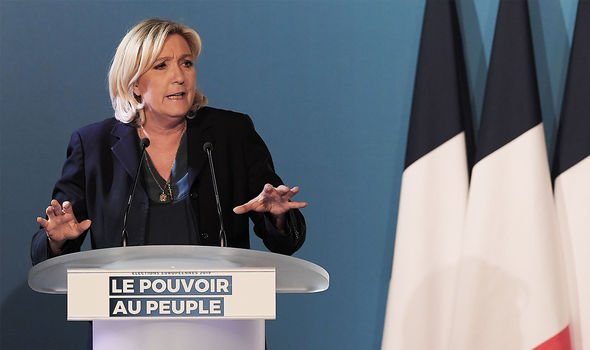 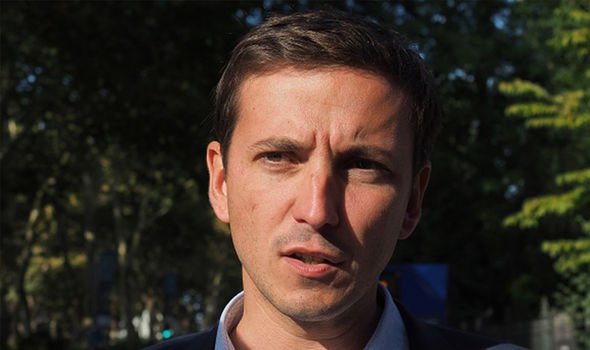 However, Mr Roche argued that the President’s strategy may pay off in the election.

He added: “He has a good chance to be reelected in 2022, as long as he’s facing RN leader Marine Le Pen in the second round runoff.

“If, however, left-wing parties and the Greens presented a common candidate, Macron could have to run against their candidate.

“Then, the outcome of the election could no longer be taken for granted, precisely because Macron hasn’t done much to appeal to left-wing voters.”