Suez Canal blocked after cargo ship Ever Given turns sideways

Rescue efforts restarted this morning to remove material from around a massive container ship that is blocking the Suez Canal. The MV Ever Given, a Panama-flagged vessel operated by Taiwanese company Evergreen, became wedged sideways across the canal on Tuesday following strong winds. More than 150 ships are now said to be queueing to pass through the vital waterway, which carries about 10 percent of the world’s trade.

Among them, includes “40 bulk carriers hauling commodities ranging from crops to dry goods like cement and 17 crude oil tankers,” data from Bloomberg showed.

The analysis also warned there were “eight ships carrying livestock and a water tanker”.

Countries across the world rely on the Suez Canal, a chokepoint for international trade, to get speedy shipments of the commodities “that power everyday life”.

This includes food and water, but also gas and oil. 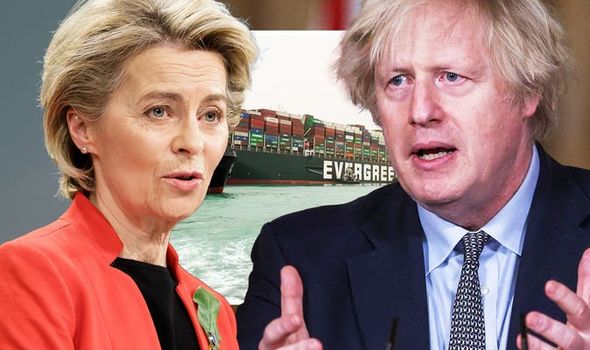 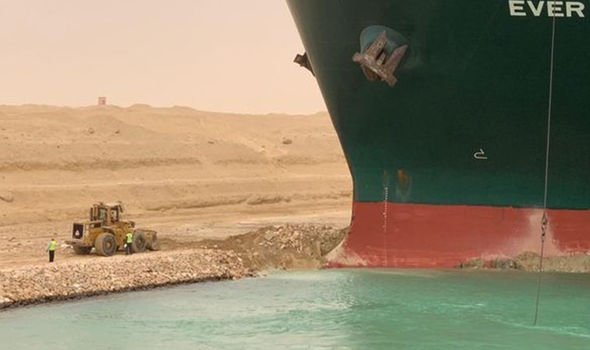 A lengthy delay could further stretch supply chains that have already been disrupted by the coronavirus pandemic.

The US Energy Information Administration reports that the canal is a “strategic route” for crude oil, petroleum products, and gas shipments to Europe and North America.

Millions of households in the UK rely on liquid petroleum gas (LPG) to heat their homes if they are not connected to mains gas. 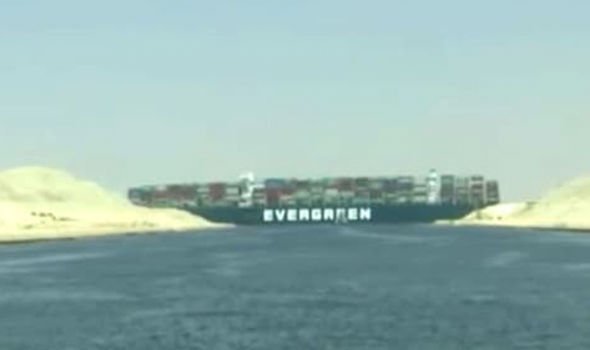 The Suez Canal Authority said in a statement it had lost “the ability to steer amid high winds and a dust storm”.

Eight tug boats are currently working to drag the vessel into deeper water.

Dredgers are also trying to clear mud and sand from underneath it in the hope it will eventually dislodge.

But the company trying to free the ship has said it might take “weeks” to move “the enormous beached whale,” and other boats are now said to be planning to reroute.

Experts say that if traffic does not start to move in the next two days, ships will have to be diverted around the southern tip of Africa – adding a week to their journey times.

Some believe the best chance to dislodge the ship will come on Monday – when the tide reaches a peak. 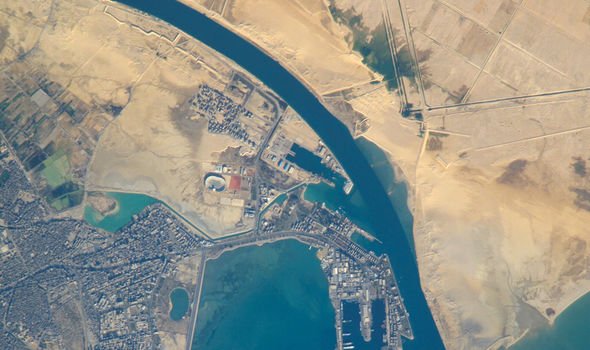 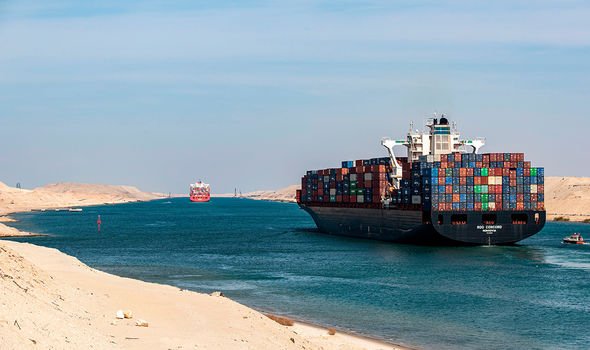 But if efforts fail then, the next such window will not occur for another two weeks.

Opened in 1869, the waterway connects the Mediterranean to the Red Sea, and is the quickest maritime link between Asia and Europe.

The Japanese owner of the ship has apologised for the incident and the “tremendous worry” it has caused to the other vessels and their involved parties.

Shoei Kisen said it is cooperating with its technical management company and the local authorities to get the ship afloat, but “the operation is extremely difficult”.

“We are extremely sorry for causing tremendous worry to the ships that are travelling or scheduled to travel in the Suez Canal, and all the related people.”