The EU-Canada trade agreement – known as CETA – was implemented in 2017, becoming the bloc’s biggest agreement ever made as Brussels looked to branch out its economic power. Hailed as an ambitious new deal, the CETA arrangement promised benefits such as eliminating 98 percent of tariffs, aiming to remove them completely in years to come. The deal also meant that many goods such as food, textiles, medical equipment and machinery were immediately duty-free.

It has been provisionally applied, thus leaving just two percent of preexisting tariffs between the EU and Canada.

But full ratification remains out of reach as some Irish politicians voiced concerns.

In December, Green Party politicians in Ireland warned how the deal could “damage” the Irish economy.

Neasa Hourigan told The Irish Times she could make a “very compelling case that CETA will damage the Irish economy and particularly the agriculture sector”. 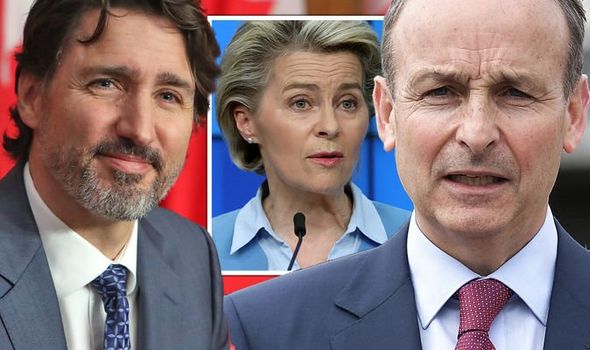 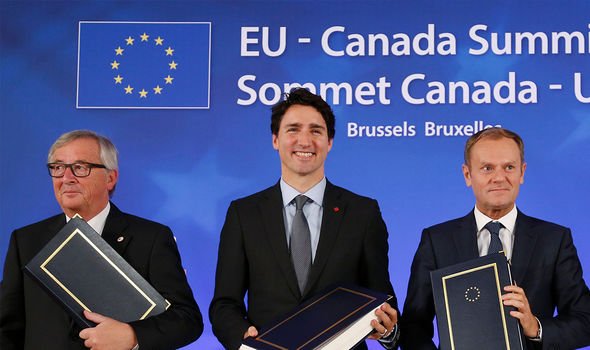 She added there are “significant concerns” about the issue elsewhere in the Green parliamentary party.

The Irish government has previously argued that the deal will help Dublin’s economy – which already sells around €1.35billion (£1.17billion) in the Canadian market each year.

Opponents of the deal argue that it is too favourable to big multinational companies and does not take sufficient account of concerns in key areas such as the environment and employee rights.

Last week, another Irish Green Party politician announced he is seeking an urgent hearing of his High Court action concerning the constitutionality of parts of the CETA trade deal. 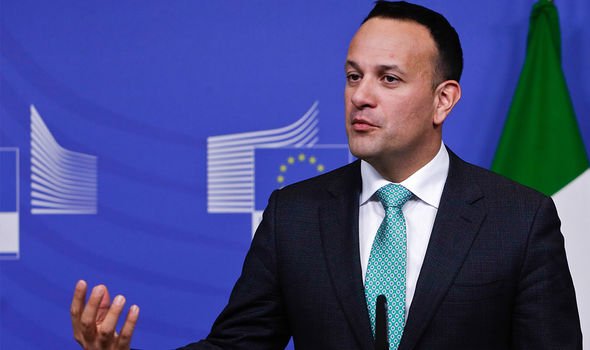 Patrick Costello is opposed to the “investor courts” system that the deal would impose – as he fears it will involve an unconstitutional transfer of sovereignty and judicial power.

If the investor court system is brought into force without being sanctioned by a referendum, that would be contrary to the Irish constitution, he claims.

There are also fears in the UK that Canada could seek to undercut farmers here.

The UK is poised to put forward a trade deal with Australia, phased in over 15 years, that is free of both tariffs and quotas.

And this may have caught the eye of some in Canada, as the Telegraph reports Ottawa has been keeping a close eye on the negotiations between London and Canberra. 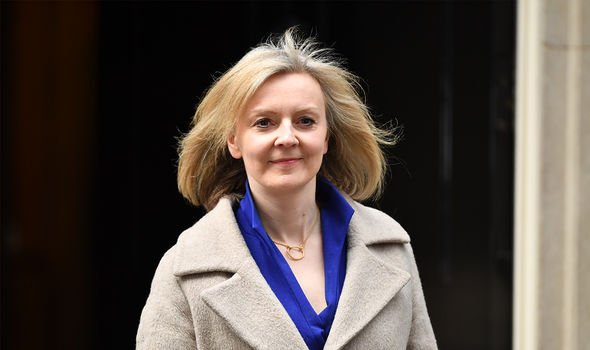 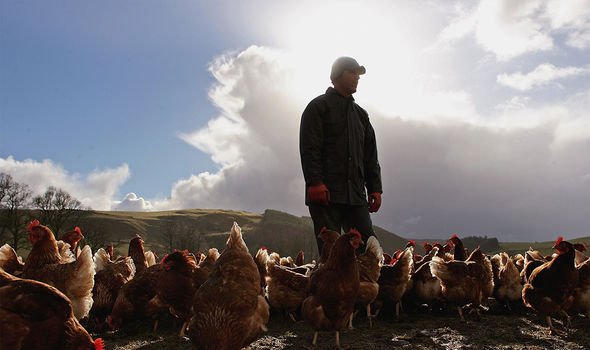 But reports suggest the UK Government is split over its Australia trade deal.

Trade Secretary Liz Truss wants to open the UK market to Australian farmers, by slashing import tariffs on goods such as beef, lamb and sugar.

But some of her Cabinet colleagues, including Michael Gove, are anxious about the potential impact on British farmers.

Ms Truss told MPs last week the deal would be good news for farmers, saying: “I’ve been very clear with them [farmers] that of course I’m always looking to make sure, as I have committed to, that British farmers will not be undercut by unfair practices from elsewhere.

“We will make sure in all the deals we do that British farming thrives and I’m absolutely confident that will be achieved through the Australia deal.”