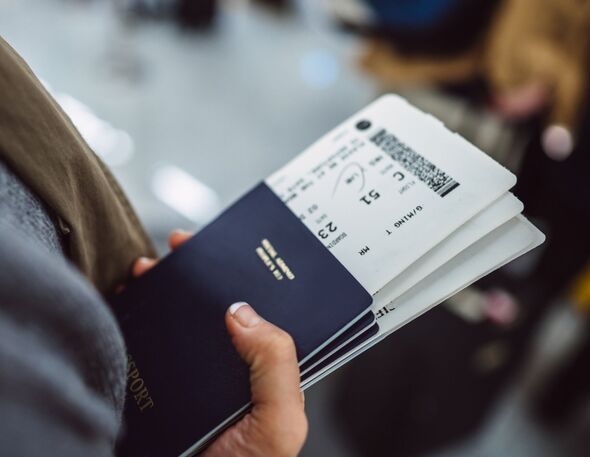 An EU scheme to rollout fingerprint checks at borders has been delayed, with industry representatives claiming a “number of issues” must be solved before it can be implemented effectively. The new EES (entry and exit system) is an automated IT system that will see non-EU arrivals from “third countries” need to have their fingerprints scanned and their photograph taken at the border.

It will apply to both short-stay visa holders and visa-exempt travellers, with non-EU visitors currently staying a maximum of 90 days in any 180-day period.

The new scheme is set to replace the current system of stamping passports which the European Commission described as “time-consuming.”

The EC also pointed out that the current system could not “provide reliable data on border crossings” and does not allow for the “systematic detection of over-stayers”- any travellers who exceed their authorised stay.

Due to be deployed in May, the new EES will now go live at the end of the year. It is the second time its introduction has been delayed.

The International Air Transport Association issued a statement welcoming the decision, saying: “The aviation industry is fully behind the rollout of EES and is committed to working with the EU and national authorities for a successful implementation.”

“But it is important the EU and national authorities address industry concerns and provide efficient coordination for an effective implementation.”

“Postponing the implementation until after the busy 2023 summer period will give airlines, airports, EU and national authorities the opportunity to resolve these issues and ensure the system is fully tested.”

“We therefore urge all those involved to make the best use of the extra time now available to address the outstanding issues and ensure enough resources are deployed for its introduction.”

“A new start date for EES should be set to ensure continued smooth aviation operations and in particular trouble-free processing of passengers at airports.”

“This will help deliver the time savings the European Commission identified as the biggest benefit of EES.”

Other aviation industry bodies, including ACI EUROPE, A4E, and ERA, also issued a joint statement welcoming the decision, calling for “wider adoption and effective implementation of automation at national border crossing points” as well as better funding by nation states, more trained personnel and resources, and public communications campaign to alert non-EU countries to the changes before they go ahead.

The European Commission originally introduced the scheme to prevent what it described as “irregular migration” and protect the security of EU citizens.

The EC hopes that the new automated border system will also cut down on fraud cases and enable broader use of self-service systems, which it describes as “quicker and more comfortable for the traveller.”

Twenty-nine countries are currently listed as planning to use the EES, including popular holiday destinations like Italy, Malta, Portugal, and Greece.

However, Cyprus and Ireland will continue to use the passport stamp system.

The IATA found that, during November 2022, air travel continued to see a rise in passenger numbers, with total traffic increasing by 41.3% (measured in revenue passenger kilometres or RPKs) on the same time in 2021.

Global traffic was also found to have returned to 75.3% of the levels seen in November 2019.