BRUSSELS (Reuters) – European Union leaders appeared to be nearing agreement on a massive stimulus plan for their coronavirus-blighted economies on Monday after the chairman of their fractious four-day summit presented a new proposal to bridge gaps between them.

EU Council President Charles Michel said he was confident the compromises he had offered the 27 leaders could be the basis for a deal on the 750 billion euro recovery fund that many say is critical to dispel doubts about the bloc’s very future.

“I know that the last steps are always the most difficult but … I am convinced that an agreement is possible,” he told reporters before heading back to the leaders.

Slow to coordinate their initial response to the COVID-19 pandemic and already weakened by Britain’s departure from the bloc, a deal on the economic aid would demonstrate to eurosceptics that it can step up to a crisis and remain united.

“It has been a long summit and a challenging summit but the prize is worth negotiating for,” Irish Prime Minister Micheal Martin said as the Brussels summit dragged into its fourth day – approaching the record length set at a 2000 meeting in the French city of Nice.

European nations have done a better job of containing the coronavirus than the United States after a devastating early few months that hit Italy and Spain particularly hard, collaborating on medical, travel and economic fronts.

The European Central Bank has pumped unparalleled money into economies to keep them going while the EU capitals hammer out their recovery fund.

Diplomats said it remained uncertain that the leaders could put aside the rancour that stood in the way of a compromise over hours of haggling through the weekend.

Emotions ran high at a dinner the previous evening as a group of fiscally frugal northern nations led by the Netherlands stood their ground on the level of free grants within a proposed special recovery fund of 750 billion euros overall. 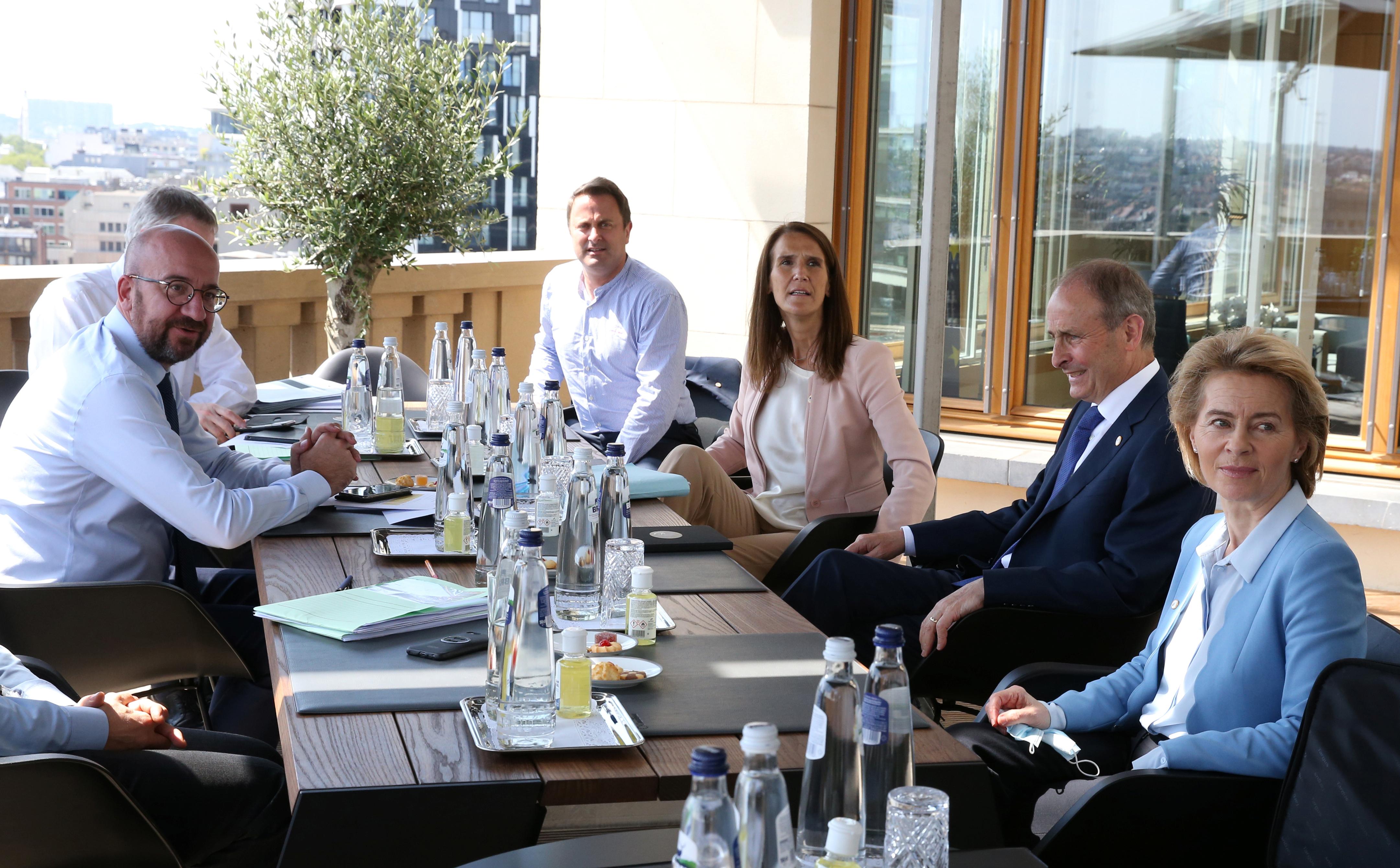 French President Emmanuel Macron lost patience in the early hours of Monday, banging his fist on the table in frustration at “sterile blockages” by the “frugals”, two diplomats said.

Polish Prime Minister Mateusz Morawiecki also railed against the “frugals”, branding them “a group of stingy, egotistic states that look at things very narrowly through the prism of their own interests”.

Poland would be a top beneficiary of the recovery package, receiving tens of billions of euros in grants and cheap loans, along with high-debt Mediterranean-rim countries that have taken the brunt of the pandemic in Europe.

Despite the continued rhetorical skirmishing, Macron and German Chancellor Angela Merkel sounded optimistic that there could be accord on the stimulus package and, linked to it, the EU’s 2021-2027 common budget of around 1.1 trillion euros.

Hopes for a deal to help address Europe’s deepest recession since World War Two sent Italy’s borrowing costs to their lowest since early March and pushed the euro to a 19-week high.

Michel proposed that within the 750 billion euro recovery fund, 390 billion should be non-repayable grants, down from 500 billion originally proposed, and the rest in repayable loans. 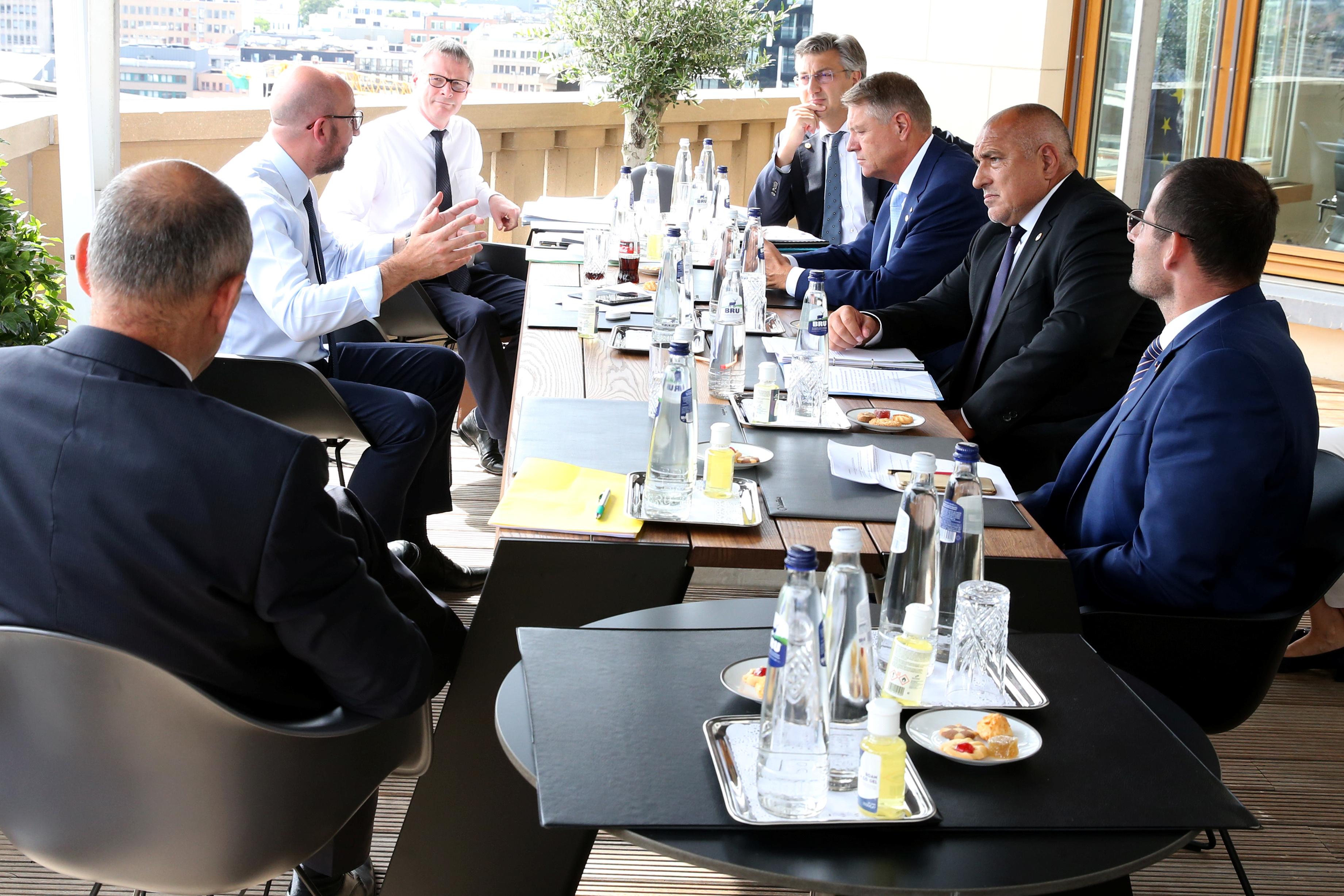 His document, seen by Reuters, also envisages that national plans to spend money would have to be approved by a qualified majority of EU governments. The Netherlands had pushed for a veto on aid for countries that backslide on economic reform.

Disbursement would also be linked to governments observing the rule of law. Hungary, backed by eurosceptic ally Poland, has threatened to veto the package if funds are made conditional on upholding democracy.