The European Union could be left facing more internal clashes over its fundamental values after thousands of Bulgarians took to the streets to demand the resignation of Prime Minister Boyko Borissov. Brussels over the past decade has been juggling with several parallel crises, includign an ongoing split with Polan and Hungary over rule of law. Bulgarian MEP Radan Kanev warned the EU should fear the prospect of Bulgaria becoming “another Poland or Hungary” because of the corruption claims moved against Mr Borissov.

Speaking to Euronews, Mr Kanev said: “What Europe has to fear, what the European Parliament has to fear is that another Poland or Hungary is coming.

“I hope that we can have European action and, of course, action from Bulgarian citizens not to have this problem.”

The Bulgarian MEP insisted he had raised his concerns about a “”deep rule of law crisis”, the “really brutal party political behaviour of the chief prosecutor’s office”, about “media market capture” which contribute to what he believes is an atmosphere of “political and legal insecurity”.

Fellow MEP Elena Yoncheva accused the whole political system in her country of being corrupt, claiming Sofia loses up to €11 billion a year because of corruption.

JUST IN: ‘Blinded by arrogance!’ EU division laid bare in extraordinary attack on Brussels by MEP 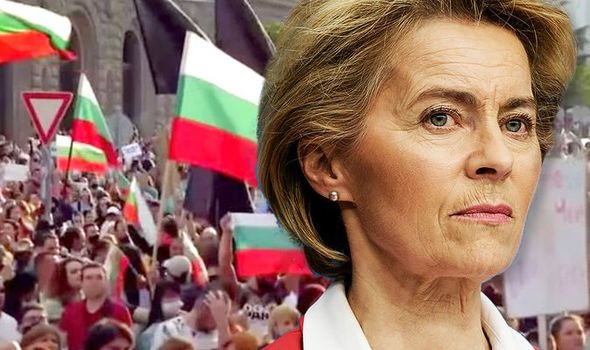 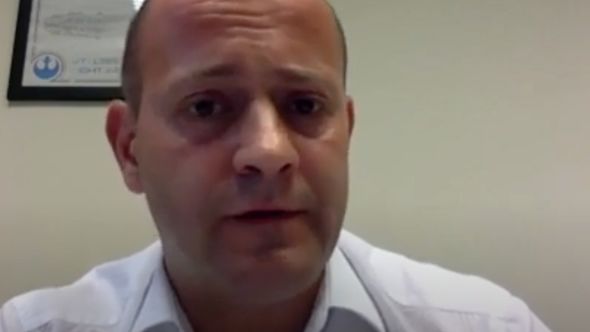 Ms Yoncheva said: “It is because of corruption that Bulgaria is the poorest country in the European Union

“We are talking about a country of seven million inhabitants.

But Andrey Kovatchev, an MEP from Mr Borissov GERB party, dismissed any claims as he insisted Bulgaria does not suffer from the rule of law issues Poland and Bulgaria have. 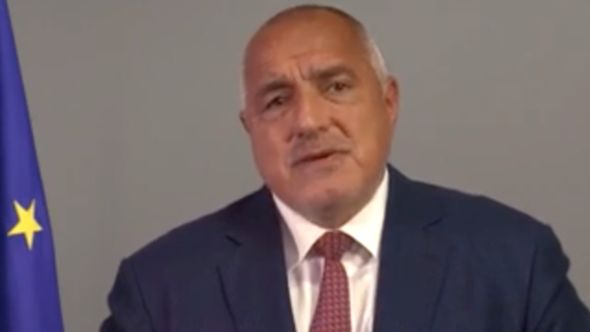 Mr Kovatchev said: “We have absolutely no comparison here with Poland or Hungary.

“We have full freedom. We cannot have one case where academic freedom, for example, is limited like unfortunately in Budapest with the university.

“We have total freedom of everybody to express their opinion against Mr Borissov, against the government.”

The European Commission announced earlier this year it would implement a new rule of law mechanism which would result in an annual report on the conduct of each member state. 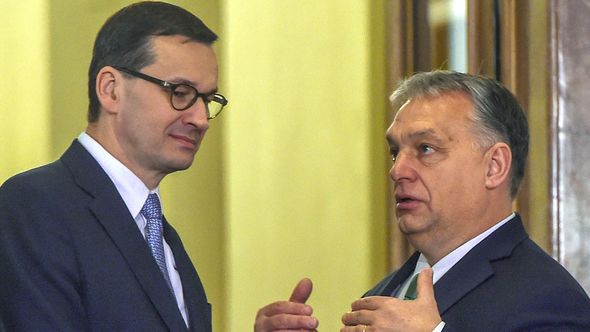 According to the latest data from the Transparency International, Bulgaria still remains the most corrupt member of the European Union over 13 years after joining the bloc.

Despite persistent calls for his resignation, three-time Prime Minister Borissov has refused to quit and insisted he will see through the end of his mandate in 2021.

Mr Borissov scorned protesters saying: “We are facing very hard months ahead. Who from those on the square has more experience than us, knows more or can do more?”

“We should show at the vote that the ruling coalition has its majority in parliament.

“And then if they want, all opposition parties need to say how they see dealing with the epidemic and financial crisis that is coming.”