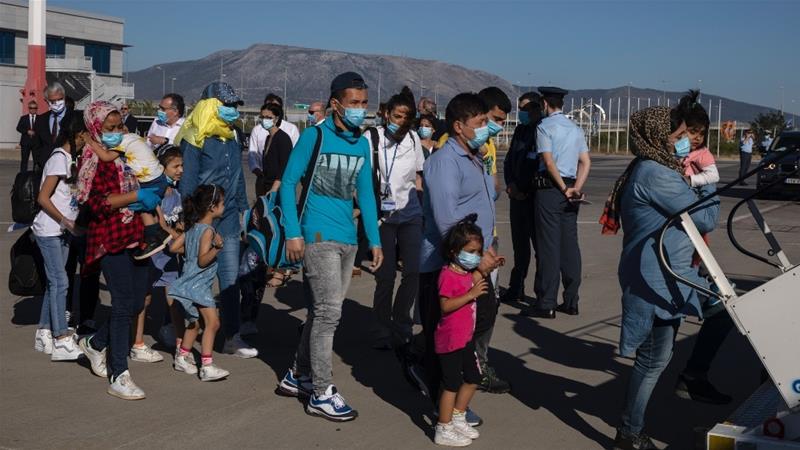 Nearly 100 vulnerable asylum seekers, including minors, have been relocated from Greece and Cyprus to Germany and Finland, according to the EU’s asylum coordination agency.

The first relocation – of 83 people from families with seriously ill children from Greece to Germany – took place on July 24, the European Asylum Support Office (EASO) said on Wednesday.

This was part of an ongoing EU scheme to relocate 1,600 minors to various European countries.

In a separate move not part of the EU initiative, 16 Somali and Congolese asylum seekers from single-parent families were relocated from Cyprus to Finland on July 27.

All were tested for COVID-19 before leaving, EASO said.

The programme is supported by the European Commission, the UN refugee agency and the International Organization for Migration (IOM).

Greece has about 5,000 refugee minors, most of them living in unsanitary conditions in camps, or in housing not suitable for them.

Greek islands lying close to Turkey have in particular become crowded with asylum seekers, and makeshift camps have sprung up, fuelling tension with local populations.

Tens of thousands of asylum seekers have been blocked in Greece since 2016 when many European states shut their borders in response to a surge in migration and refugee claims, mainly from war-torn Syria.

About a dozen European countries have agreed to make an exception for minors.

A small number have already relocated to Portugal, Luxembourg and Germany.

Belgium, Bulgaria, Croatia, France, Ireland, Lithuania, Serbia and Switzerland have agreed to welcome some as well.