It came during Netflix’s new ‘Seaspiracy’ documentary that exposed the impact commercial fishing has on the world. A sobering future for the ocean was painted through a number of interviews with experts and activists – including a claim that humanity faces “empty oceans” by 2048 if we continue to fish at the current rate. Under the Common Fisheries Policy (CFP), the EU “aims to ensure that fishing and aquaculture are environmentally, economically and socially sustainable”.

But the members of the Sea Shepherd Conservation Society, an international non-profit, marine wildlife conservation organisation, claimed this was not the case in some places and the EU’s fishing fleet – reportedly almost 100,000 vessels strong – was part of the problem.

French environmental activist Lamya Essemlali claimed: “One of the recent discoveries that Sea Shepherd has made is that on the Atlantic French coast, up to 10,000 dolphins are being killed every year by catch.

“So this is 10 times more than dolphins being killed in Taiji, and no one knew about it.

“This has been going on for at least 30 years because the French government has been very effective in hiding the problem. 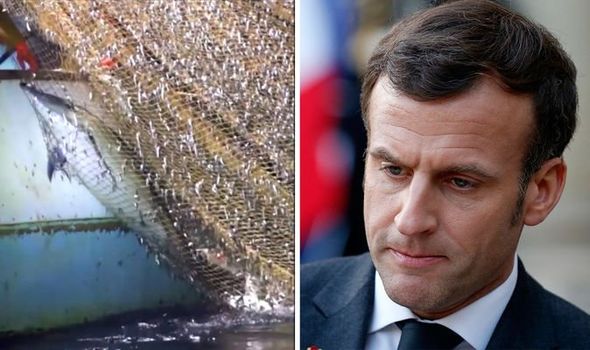 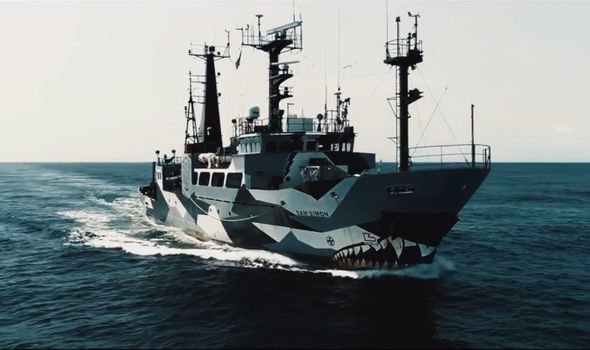 “People love dolphins and most of them have no idea that when they eat fish, they are actually putting a death sentence on the dolphin population in France.”

Dolphins have for decades been caught in fishing nets in the Atlantic waters off western Europe, but marine scientists say there has been a spike in numbers in recent years as a result of shifting fishing practices.

Last year it was reported that dead dolphins were washing up on beaches and the overwhelming majority of them were found drowned in the nets of fishing trawlers.

Responding to the incident, the French Ministry of Agriculture and Food said “reducing the accidental capture of cetaceans remains a priority for the government”.

It added: “During last winter, pelagic trawlers working in pairs equipped themselves with repellent acoustic devices (pingers) aimed at limiting the entry of dolphins into fishing gear, and welcomed scientific observers on board their vessels. 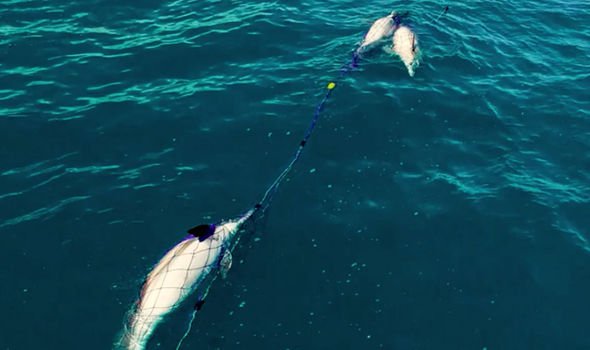 “The data collected indicate that this fishing method is however the source of only a very small part of the catches.”

But Sea Shepherd Captain Peter Hammarstedt claimed they were still having an impact.

He said: “One of the most shocking things that most people don’t realise is that the greatest threat to whales and dolphins is commercial fishing.

“Over 300,000 whales and dolphins are killed every single year as bycatch of industrial fishing.

“For those of us who spend as much time at sea as I do, we realise that labels often obscure what’s really happening at sea.”

Mr Hammarstedt was referring to the Dolphin Safe labels seen on canned tuna – given out by the Earth Island Institute. 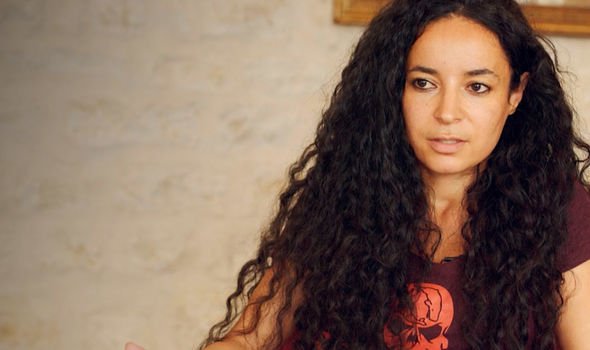 Mark Palmer, from the non-profit environmental group, said they were working to minimise the deaths.

He said “one” dolphin dying to catch tuna was “too much”.

He said: “One dolphin and, you know, you’re out [of the scheme].

“I can’t guarantee that every can is dolphin-safe.

“Once you’re out there in the ocean, how do you know what they’re doing?

“We have an observer on board. But they can be bribed.”

The Marine Stewardship Council, an independent non-profit organisation which “sets a standard for sustainable fishing,” has hit back at the documentary over some of its claims, but stated there is a need to be more conscious with fishing. 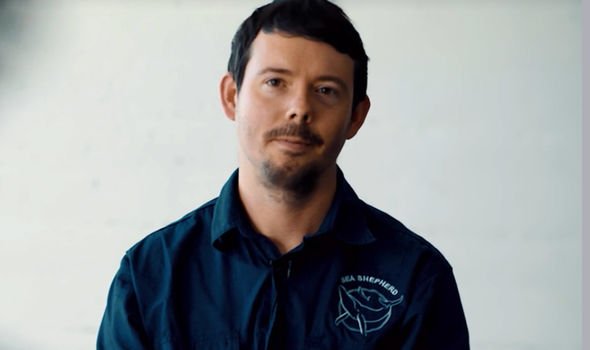 A part of their statement reads: “While we disagree with much of what the Seaspiracy documentary-makers say, one thing we do agree with is that there is a crisis of overfishing in our oceans.

“However, millions around the world rely on seafood for their protein needs.

“With the global population set to reach 10 billion by 2050, the need to harness our natural resources more responsibly is more urgent than ever.

“Sustainable fishing has a vital role to play in securing those resources.”

Meanwhile, Express.co.uk has launched a new ‘Green Britain’ campaign to help save the UK’s environment.

We have called on Prime Minister Boris Johnson to show world leadership on the issue in the run-up to the G7 summit in Cornwall in June and the crunch Cop 26 climate change summit in Glasgow in November.

Along with green entrepreneur Dale Vince, we have told the Government to scrap VAT on green products and to make more space for nature.