WASHINGTON (Reuters) – U.S. President Donald Trump said he believes China’s handling of the coronavirus pandemic is proof that Beijing “will do anything they can” to make him lose his re-election bid in November. 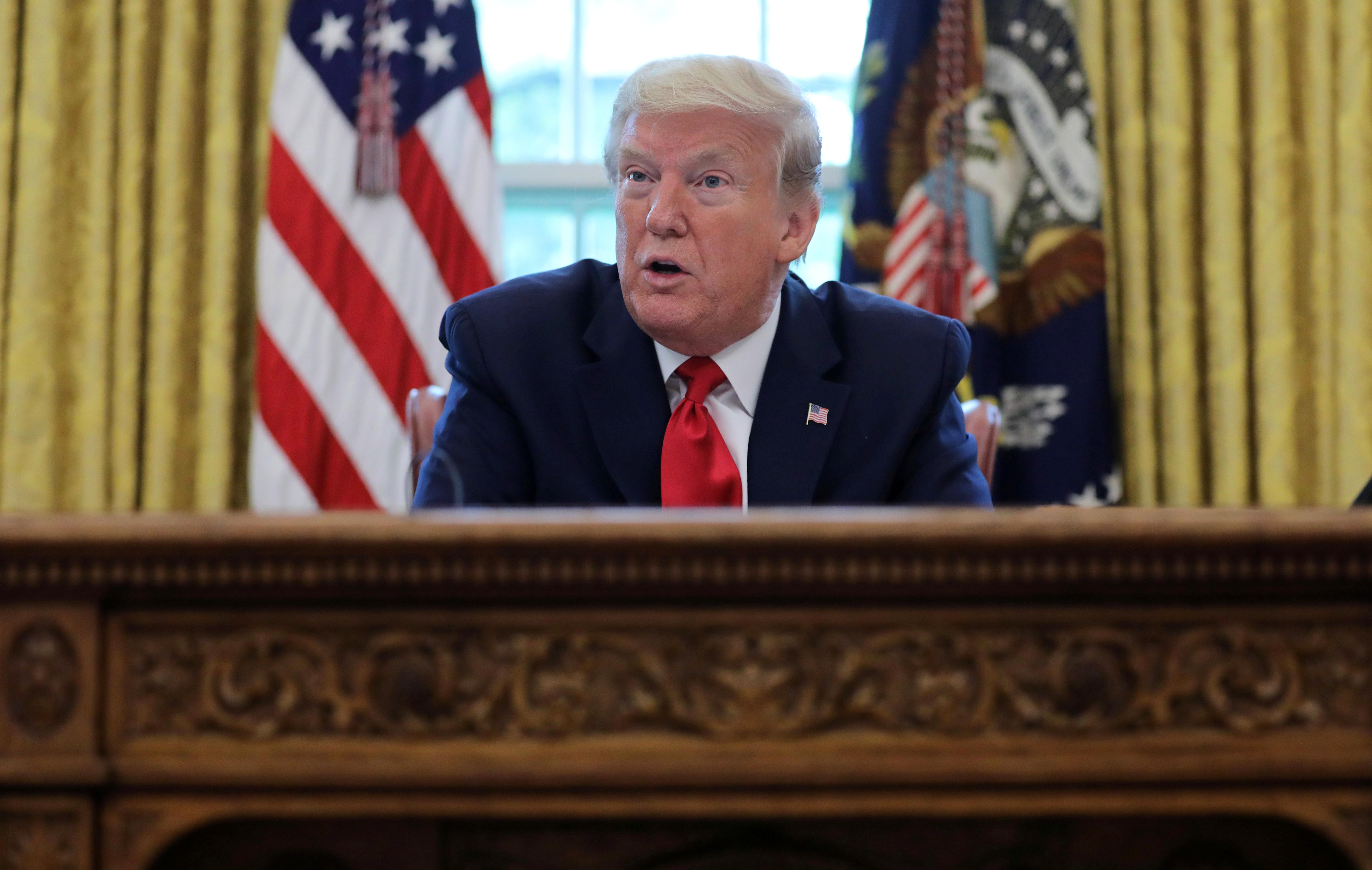 In an interview with Reuters in the Oval Office on Wednesday, Trump talked tough on China and said he was looking at different options in terms of consequences for Beijing over the virus. “I can do a lot,” he said.

Trump has been heaping blame on China for a global pandemic that has killed at least 60,000 people in the United States, according to a Reuters tally, and thrown the U.S. economy into a deep recession, putting in jeopardy his hopes for another four-year term.

The Republican president, often accused of not acting early enough to prepare the United States for the spread of the novel coronavirus, said he believed China should have been more active in letting the world know about the virus much sooner.

Asked whether he was considering the use of tariffs or even debt write-offs for China, Trump would not offer specifics. “There are many things I can do,” he said. “We’re looking for what happened.”

“China will do anything they can to have me lose this race,” said Trump. He said he believes Beijing wants his Democratic opponent, Joe Biden, to win the election to ease the pressure Trump has placed on China over trade and other issues.

“They’re constantly using public relations to try to make it like they’re innocent parties,” he said of Chinese officials.

In Beijing, China’s foreign ministry said it has no interest in interfering in the U.S. presidential election.

Spokesman Geng Shuang told reporters during a daily briefing that the Nov. 3 election was the internal affair of the United States and that Beijing hoped Americans would not try to drag China into it.

Trump said the Phase 1 trade deal that he concluded with Chinese President Xi Jinping aimed at reducing chronic U.S. trade deficits with China had been “upset very badly” by the economic fallout from the virus, which first surfaced in China late last year.

A senior Trump administration official, speaking on condition of anonymity, said on Wednesday that an informal “truce” in the war of words that Trump and Xi essentially agreed to in a phone call in late March now appeared to be over.

The two leaders had promised their governments would do everything possible to cooperate to contain the coronavirus. In recent days, Washington and Beijing have traded increasingly bitter recriminations over the origin of the virus and the response to it.

However, Trump and his top aides, while stepping up their anti-China rhetoric, have stopped short of directly criticizing Xi, who the U.S. president has repeatedly called his “friend.”

Trump had initially praised Xi and his government for their response and “transparency” over the virus.

Trump also said South Korea has agreed to pay the United States more money for a defense cooperation agreement, but he would not be drawn out on how much.

“We can make a deal. They want to make a deal,” Trump said. “They’ve agreed to pay a lot of money. They’re paying a lot more money than they did when I got here” in January 2017.

The United States stations roughly 28,500 troops in South Korea, a legacy of the 1950-1953 Korean War that ended in an armistice, rather than with a peace treaty.

Trump is leading a triage effort to try to keep the U.S. economy afloat through stimulus payments to individuals and companies while nudging state governors to carefully reopen their states as new infections decline.

Trump sounded wistful about the strong economy that he had enjoyed compared with now, when millions of people have lost their jobs and gross domestic product is faltering.

“We were rocking before this happened. We had the greatest economy in history,” he said.

He said he is happy with the way many governors are operating under the strain of the pandemic but said some needed to improve. He would not name them.

But there was some good news in the coronavirus battle on Wednesday, as Gilead Sciences Inc said its experimental antiviral drug remdesivir was showing progress in treating virus victims.

Trump has also sought an accelerated timetable on development of a vaccine.

“I think things are moving along very nicely,” he said. 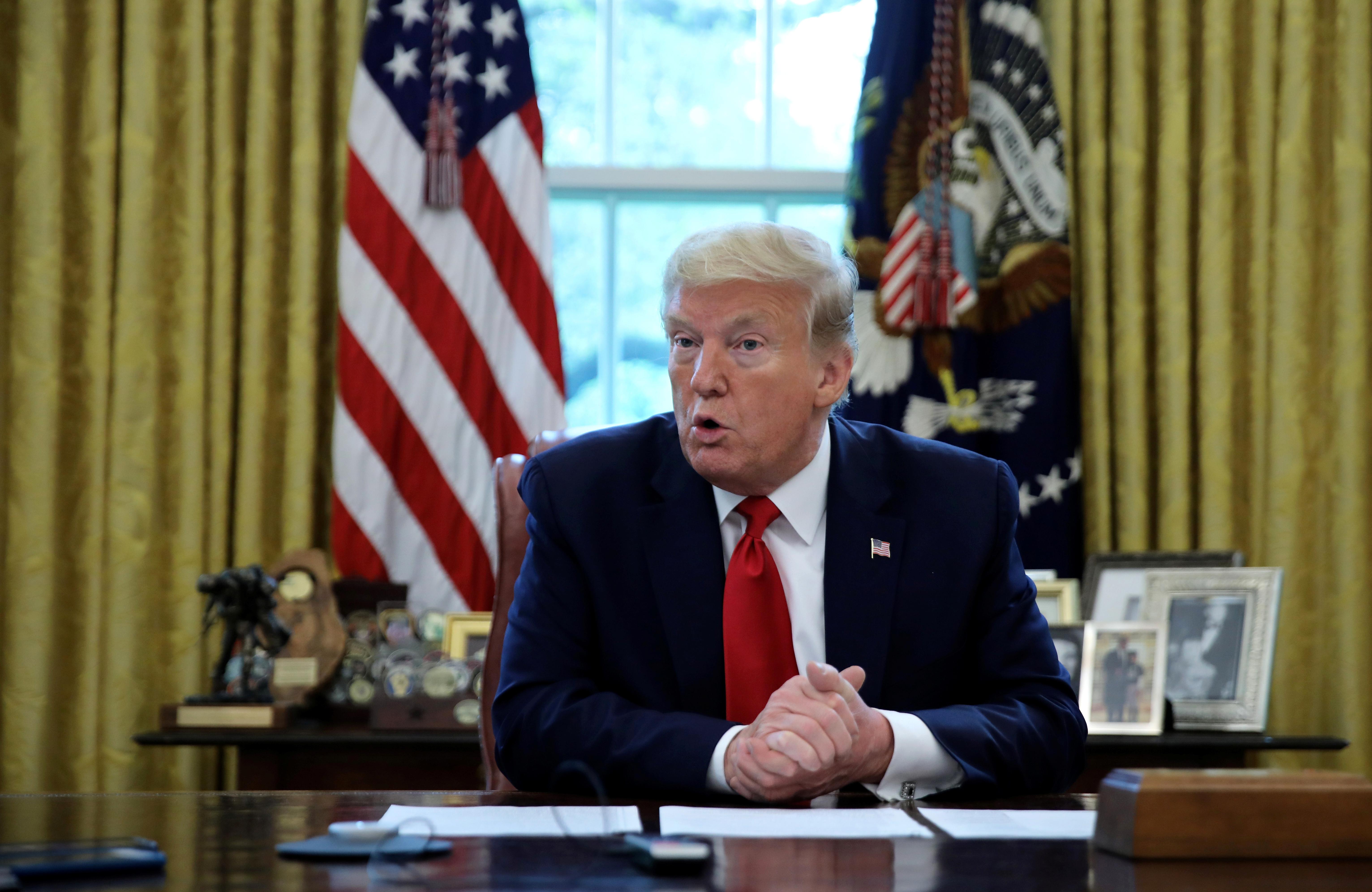 At the end of the half-hour interview, Trump offered lighthearted remarks about a newly released Navy video purportedly showing an unidentified flying object.