Jim Dale, founder and senior expert at British Weather Services said rain this weekend will provide a “slow burner” into autumn throughout September and October. It will be a vast contrast to what the nation has acclimated to – with average temperatures sitting at the mid to late 20s throughout much of July and August. This summer was also a record-breaker, as a whopping 40.3C was reached on July 19, making it Britain’s hottest day ever. Met Office meteorologist Aidan McGivern said this was due to high pressure from The Azores persistently coming across the UK.

“The Azores are a group of islands in the mid-Atlantic. Semi-permanent high pressure sits here throughout much of the year,” he said.

“But what’s been happening through this year so far and especially during the summer, is high pressure from the Azores keeps extending across the UK, hence the warm summer and the very dry summer that we’ve had.”

But this is all set to change, as it does in the steady decline into autumn and winter.

Mr Dale told Express.co.uk: “It will be dry this week and sedate, but there will be rain action at the weekend which will start picking up next week. 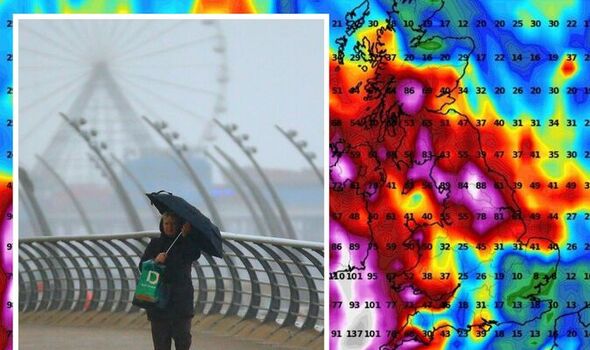 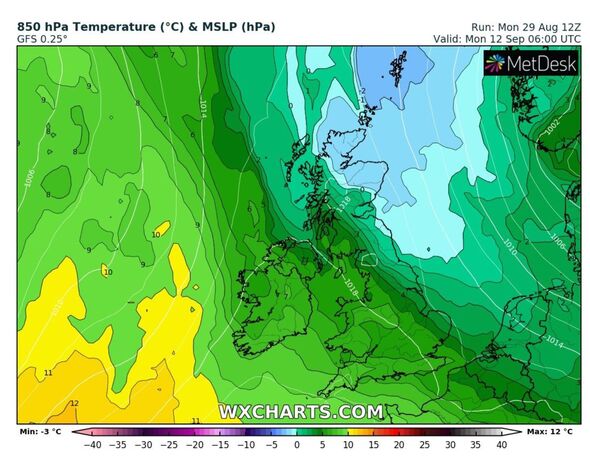 “So it will be a slow burn into autumn when I expect the deficit to be largely made up in September and October.

“Expect some heavy falls in northern/central England, Northern Ireland and Wales, but it will be drier across Scotland.”

His predictions are largely in line with those from the Met Office, which has alluded to more unsettled conditions throughout September.

The forecaster said: “A change to much more unsettled weather is then likely over the weekend and further into the period, with rain and showers spreading from the west to eventually cover most regions. 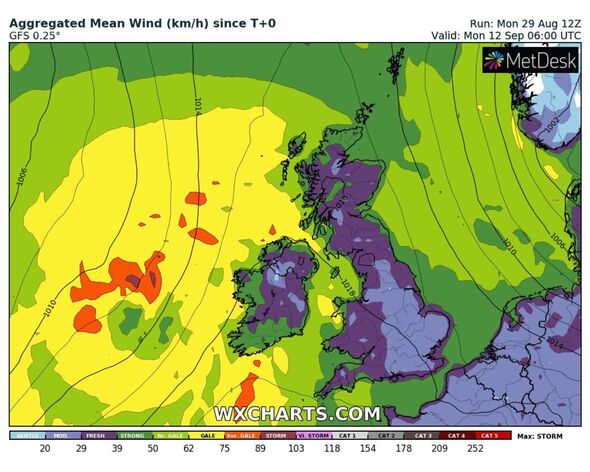 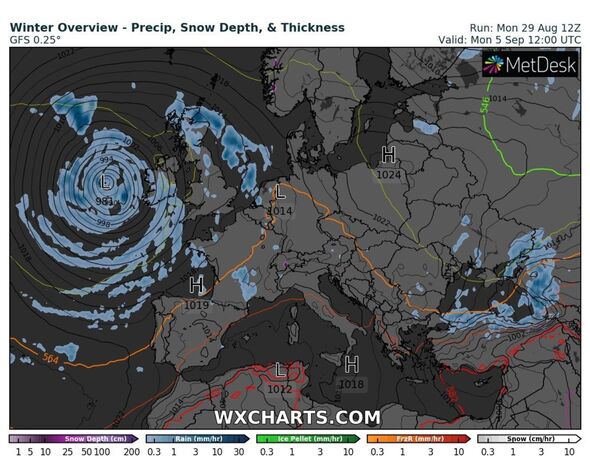 “Some of these spells of rain could be heavy and prolonged, with a risk of thunder.”

Then, looking towards the end of September, it adds: “Remaining widely unsettled at the start of this period with rain or showers likely in all regions.”

“Dry, warm and sunny is most of the UK, although there is a growing chance of heavy showers in the south west.

“By Friday a transition to more unsettled weather is expected to start taking place. In the west and possibly the south there is a risk of showery rain.

“However, in much of the UK it will probably be dry, bright and warm.

“Saturday is currently looking mixed. Bands of rain may be pushing north eastwards across all regions, but in areas where sunny spells develop it will be warm.”