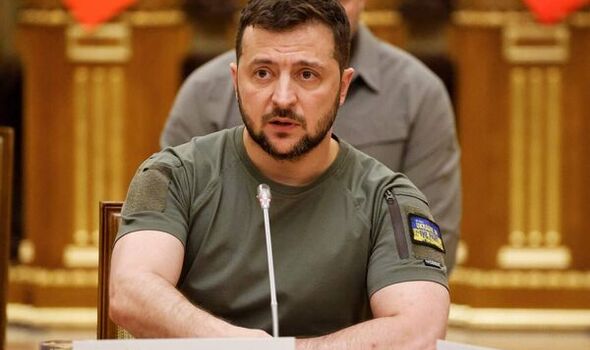 It is losing 200 troops a day – double the death toll of a month ago.

Defence Secretary BenWallace said that he expected a delivery of multiple rocket launch systems to be finished “imminently”, with the UK still looking at supplying Harpoon anti-ship missiles.

President Zelensky said the battle for the eastern region was “key to determining who will dominate in the coming weeks”.

Calling his underdog troops “warriors”, he said of the fierce fighting in Severodonetsk: “We have to hold on, this is our state”.

Despite reports that the city is about to fall, Kyiv said its army had fought off attacks in Severodonetsk and in nearby Toshkivka.

There are believed to be 12,000 people in the ruins of Severodonetsk, which had a pre-war population of 100,000. ? Boris Johnson said he hopes there is progress in the coming days in relation to Russia’s “unforgivable blockade” of Ukrainian grain.

The PM spoke last night with President Zelensky about how Ukraine could depend on the UK’s “full and steadfast support until its eventual victory”.