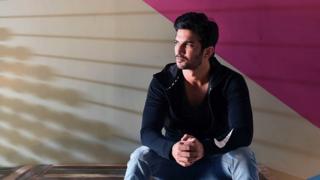 Rajput was found dead in his flat in Mumbai on 14 June. Police said he had killed himself.

Since then, unverified details about his career, financial status and even mental health have dominated headlines.

It has led to a tussle over who has jurisdiction to investigate – police in Mumbai or his home state Bihar.

A single judge bench of the Supreme Court said that the Bihar government was competent to request the case be transferred to the Central Bureau of Investigation (CBI).

It has also asked the Mumbai police to hand over all evidence collected so far to the investigating agency.

His family, who have filed a case of abetment to suicide against his girlfriend Rhea Chakraborty, have also been asking for the case to be transferred away from Mumbai.

On social media, she has been called a “gold digger” who “took away Sushant’s money”.

She has denied any wrongdoing and issued a plea to Home Minister Amit Shah for a fair investigation into Sushant’s death. She had also moved the court asking that the case be heard in Mumbai.

She has since been questioned by various investigative agencies.

Who was Sushant Singh Rajput?

Sushant Singh Rajput lived an extraordinary life – just like some of the characters he played in his hit Bollywood films.

He grew up in Bihar, one of India’s poorest states. He worked hard and was admitted to one of India’s top engineering colleges – a sure way of securing a bright future for middle class families.

But his heart was set on acting. So he dropped out of college and went to Mumbai – the home of Bollywood, India’s Hindi film industry.

He did small roles, took up odd jobs and worked in theatre for years until one of his TV shows became a hit. Success on the big screen followed soon.

His story fired the ambitions of young people in small towns – it’s why many of his fans took his death as a personal loss.

Why has his death been so controversial?

With heartbroken fans looking for answers over why he may have taken such a drastic step, unverified details about Sushant’s career, financial status, relationships and even mental health started circulating on social media and in debates on news channels.

No-one has been spared by the voyeuristic coverage – his therapist, his former cook, his friends, his manager, his family, his colleagues have all been hounded for interviews and exclusives.

With police drip-feeding details to the media, the mystery around his death has only deepened.

Days after he died, some social media users claimed that he killed himself because a few powerful Bollywood families and directors had treated him unfairly.

They said he was an outsider who had no “godfather” in the industry, and that his rise was unacceptable to certain Bollywood dynasties. They pointed to recent reports of him being side-lined after he was promised roles in big-budget films.

The Mumbai police has been investigating what led to the actor’s death. They have interviewed more than 50 people from the film industry to find out if there is enough evidence to file abetment of suicide charges. The officers are yet to file a final report.

The allegations led to a severe backlash on social media against some directors and producers.

While this debate raged, some channels turned their focus on Rhea Chakraborty, Sushant’s actress girlfriend.

If you or someone you know needs support for issues about emotional distress, these organisations may be able to help.