Aid workers warn of a humanitarian disaster if the outbreak is not checked in the world’s largest cluster of camps. 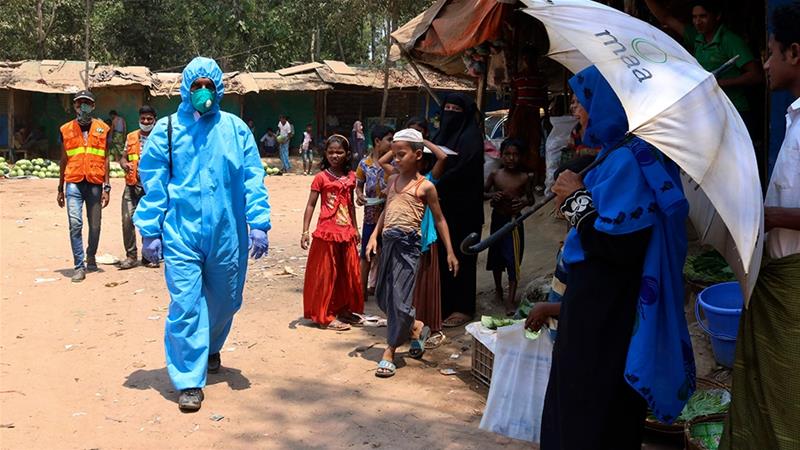 An elderly Rohingya refugee has become the first person to die from the novel coronavirus in the camps in southern Bangladesh, officials said.

The man, aged 71, died on May 31 while undergoing treatment at the camp’s isolation centre, said Bimal Chakma, a senior official of the Refugee Relief and Repatriation Commission, on Tuesday.

“Today we got the confirmation that he tested positive for COVID-19,” he said, referring to the disease caused by the novel coronavirus.

The Rohingya refugees in Bangladesh are members of a mostly Muslim minority who fled a brutal military crackdown in Myanmar in 2017. More than a million of them live in camps in Cox’s Bazar, a coastal district in southeast Bangladesh.

The death was in the Kutupalong shelter – the biggest refugee camp in the world – which alone is home to roughly 600,000 people. 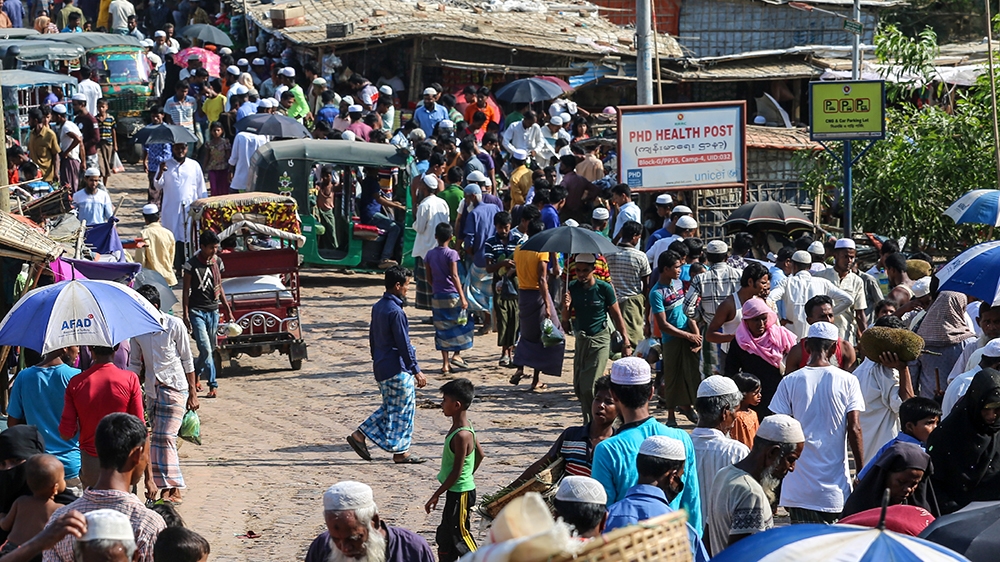 Mohammad Shafi, a Rohingya school teacher and a neighbour in the camp, said the man had long suffered from high blood pressure and a kidney ailment.

“Nobody realised that he was suffering from coronavirus. The news came as a shock to us,” Shafi told the AFP news agency.

“In recent weeks, a lot of people in the camps are suffering from fever, headache and body pain. But most think they got sick because of the change of weather. They don’t bother to get tested for coronavirus.”

At least 29 Rohingya refugees have tested positive for the virus so far since the first case was detected on May 14 in the camps. Officials said 339 tests have been conducted among the refugees so far.

Last week, about 15,000 refugees were placed in quarantine as the number of cases increased.

Bangladesh and the United Nations have prepared seven isolation centres with the capacity to treat more than 700 patients inside the camps.

Bangladesh has seen a sharp rise in virus cases in recent weeks, with more than 60,000 infections and approximately 700 deaths nationwide.

Aid workers have warned of a potential humanitarian disaster if there is a significant outbreak in the refugee camps.

“We are all working round the clock to ensure that testing is available to refugees,” said Louise Donovan, spokesperson for the UN refugee agency in Cox’s Bazar.

“Those who are identified as COVID-19-positive have adequate facilities in place to care for them, and to ensure contact tracing and isolation of those who may have been exposed.”

As many as 60,000 to 90,000 people are jammed into each square kilometre, with families of up to a dozen sharing small shelters.

“Once the virus takes hold, it will be incredibly challenging to flatten the curve, so we are gravely concerned the numbers needing treatment will soon be overwhelming.”

In early April, authorities imposed a coronavirus lockdown on the district – home to 3.4 million people, including the refugees – after a number of infections.

Aid workers say many of the refugees know very little about the virus. They blame this partly on local authorities cutting off access to the internet in September, ostensibly to combat drug traffickers and other criminals.

“In the absence of mobile internet, lots of rumours are spreading, and community members are not receiving updated information regarding COVID-19, as if it is something no one wants to touch,” rights activist Rezaur Rahman Lenin, who has worked in the camps, told AFP.

Mohammad Farid, a Rohingya community leader in Kutupalong, told AFP, “We are very tense. A lot of people live here, and barely anybody maintains any regulation to avoid the disease.

“This death only brings an ominous sign of what can happen to the larger mass in future.”