The Environment Agency has issued swathes of flood warnings and alerts for England today (Thursday, January 28). The flood warnings come as the Met Office also issued several severe weather warnings for parts of the UK. Met Office snow and rain warnings are active across the UK over the next three days.

Where are the flood warnings in England?

In light of Storm Christoph earlier this month, several areas in the UK have experienced flooding in recent weeks.

With further snow and rain forecast for parts of the UK this week, the Environment Agency are urging people to be “vigilant” about further flooding.

Neil Davies, Flood Duty Manager at the Environment Agency, said: “Despite the treacherous conditions, we protected more than 49,000 homes and businesses across England from flooding during Storm Christoph, but with river catchments now extremely wet and sensitive to further rainfall on saturated ground, we have to remain vigilant to further flooding this winter. 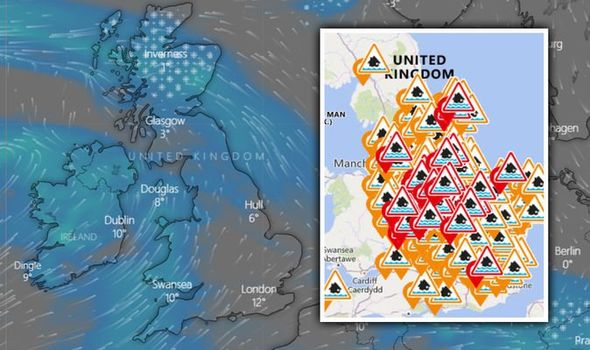 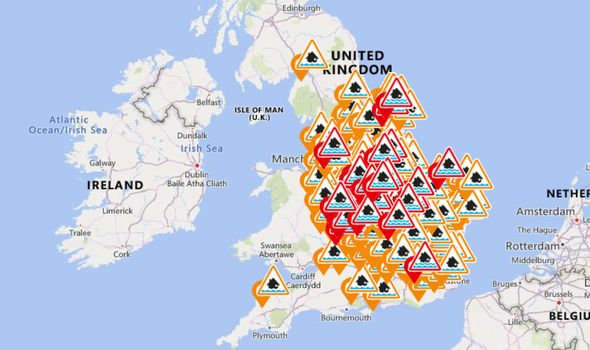 “Our teams are out on the ground checking defences and clearing grilles and screens to make sure we are prepared for the next band of wet weather.”

As of Thursday afternoon, the Environment Agency has issued 182 flood alerts for some areas, meaning people should prepare for possible flooding.

The Environment Agency has also issued 40 flood warnings across England. 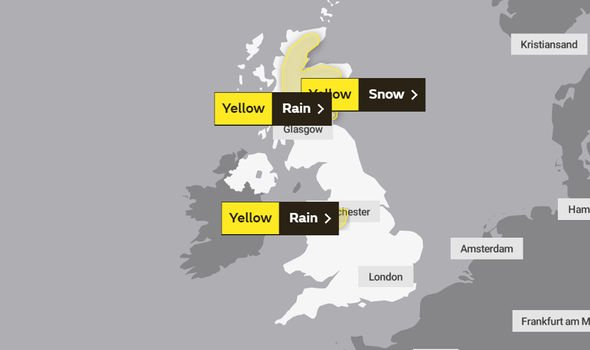 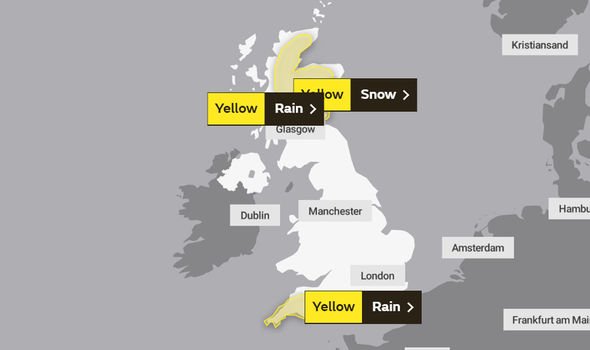 The flood warnings are active in the following areas:

You can check the latest flood warnings and alerts via the Government website HERE. 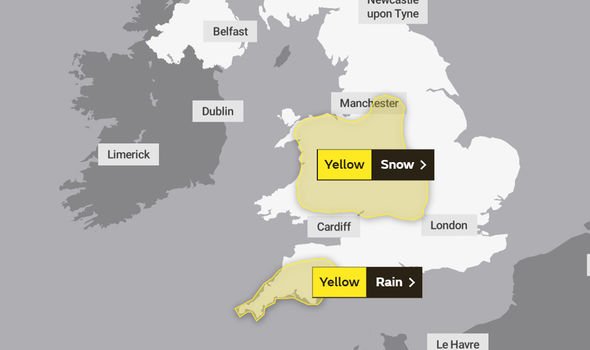 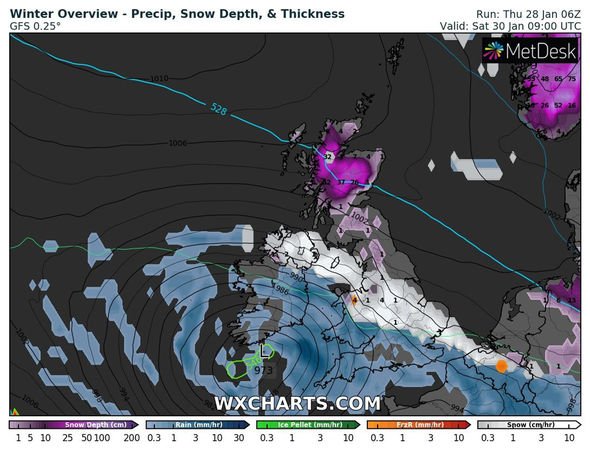 Where are the Met Office weather warnings?

The Met Office issued a yellow snow warning for much of Scotland from 4am on Thursday until 12pm on Friday.

A yellow rain warning has been issued for parts of Grampian and Central, Tayside and Fife in Scotland from 6pm on Thursday until 12pm on Friday.

Another yellow rain warning, which affects parts of north-west England, is active until 11.59pm on Thursday night.

Parts of south-west England are under a yellow rain warning from 8pm on Friday until 3pm on Saturday.

The Met Office rain warning for the south-west reads: “A band of heavy rain will push into the southwest through Friday night which may be heavy enough at times to lead to some surface water flooding.

“During this time, 20-30mm is likely across the area, with as much as 40-50mm across parts of Dartmoor and along the south coast of Cornwall.

“During Saturday morning, the rain band moves east but is followed by organised bands of some possibly heavy showers into Cornwall and Devon, which may add to rainfall totals.”

While another yellow snow warning has also been issued for parts of the Midlands, Wales and northern England from 3am until 6pm on Saturday.