SANTIAGO (Reuters) – Every year for the past 20, Rosa Maria Fuenzalida has visited her mother’s grave on Mother’s Day without fail in the central Chilean city of Curico. 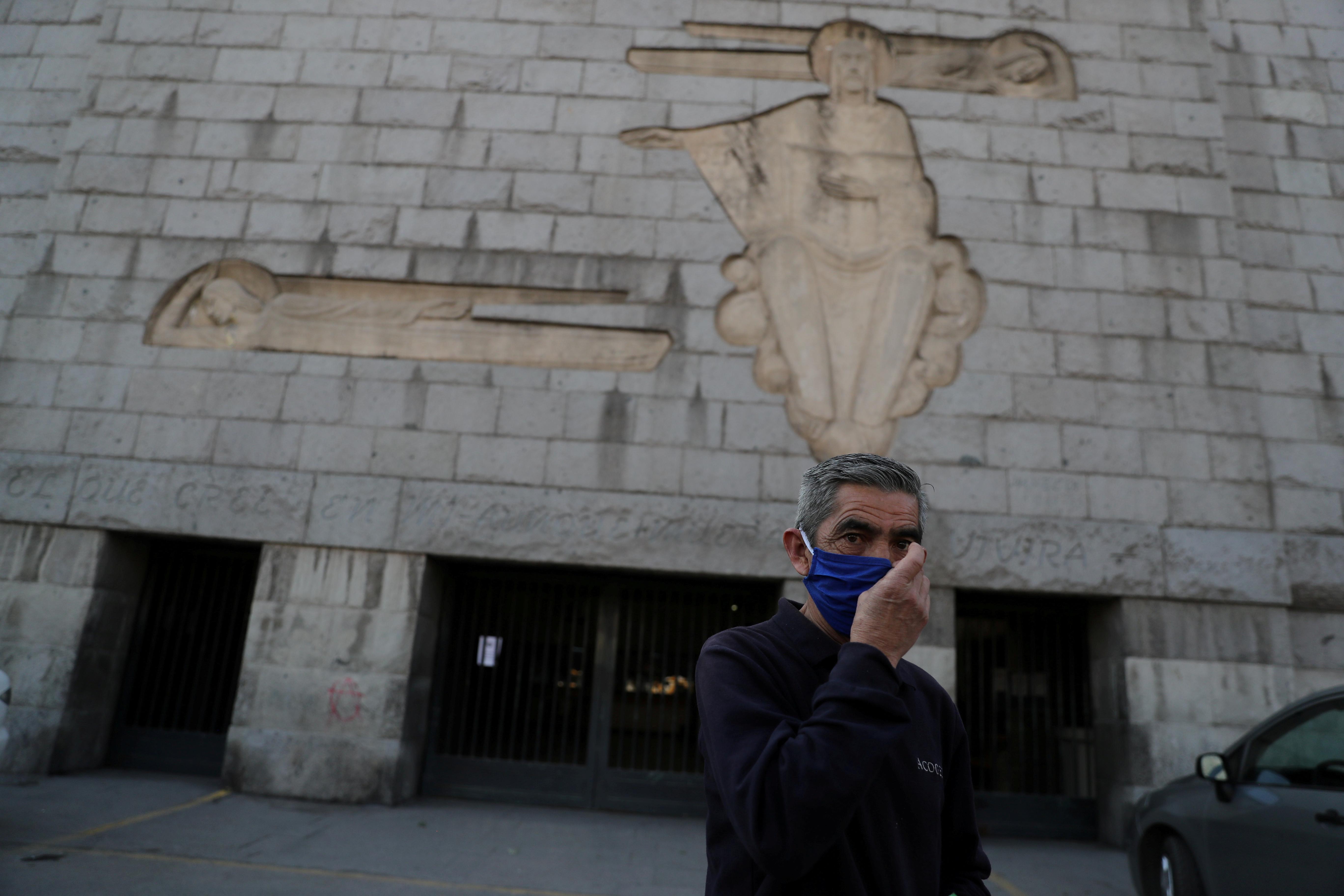 She is one of millions of people in Latin America, where family is its own religion, who flock to take floral offerings to the cemeteries where their mothers and grandmothers are buried to show they are not forgotten.

This year though, with Chileans self-isolating as the new coronavirus spreads around the country, Rosa Maria relied on a stranger to take flowers to her mother’s grave.

Burial places throughout Chile announced to widespread dismay that they would not open on Mother’s Day. But Curico’s general cemetery, which ordinarily would have 15,000 visitors on Mother’s Day, offered a compromise.

For three days in the run-up to Sunday, it invited visitors to bring their flowers to the front gate on different days, according to the letters of their surnames, for the bouquets to be delivered for them to their loved ones’ final resting place.

Those leaving bouquets said they received a Whatsapp message shortly afterward with a photograph of the flowers in place, with a note assuring them they had fresh water.

“Today in Chile the truth is that it has been hard; we have people who have died, in Curico we have more than 45 cases of coronavirus,” he said.

“This acts as a ray of light. We are doing this with care and love for each of these families and especially the children who have lost their mothers.”

Rosa Maria, an only child who was 21 when her mother died, said she had been struck by the local authorities’ recognising the practice as “essential” amid social distancing rules across Chile.

“Despite the time that has passed, I still have a relationship with my mum and to be able to go to the cemetery regularly to see her is important to me,” she said.

“Everything is strange at the moment, but to have someone else take care of something so personal was really strange, but also really lovely.”

In the capital, Santiago, where the largest cemeteries ordinarily attract tens of thousands of visitors with associated road closures and chaotic scenes, the national federation of cemetery workers this week urged people to stay away.

Luis Yevenes, its president, told a local radio station: “It’s for everyone’s safety. We need to stop this virus. It is sad to see the funeral corteges coming in without people, just the coffin, because the relatives cannot go amid the quarantine. We want to avoid more people going through that pain.”

Around the region, where many nations are only just nearing the peak of infections from the deadly virus, Mother’s Day will be a muted affair on Sunday.

In Mexico, where it is considered among the most important days of the year, officials have increased promotion of social distancing, closing the capital’s main flower market and cemeteries where people gather, and have even suggested moving the holiday to July.

“Don’t expose her, take care of her and don’t go to visit,” Mexico City Mayor Claudia Sheinbaum tweeted with a hashtag linking to a popular movement for the day to be moved to July 10.

In Colombia, officials in Medellin and Cali, the country’s second- and third-largest cities, banned liquor sales over the Mother’s Day weekend as a preventive measure, since the holiday has historically been marked by increased levels of violence and fights. They offered virtual concerts instead.

Medellin is also under a curfew for the Mothers Day weekend.