LONDON (Reuters) – British World War Two veteran Captain Tom Moore, who has become a national hero after raising millions for the health service, celebrated his 100th birthday on Thursday with a promotion, military flypasts and a message from the prime minister. 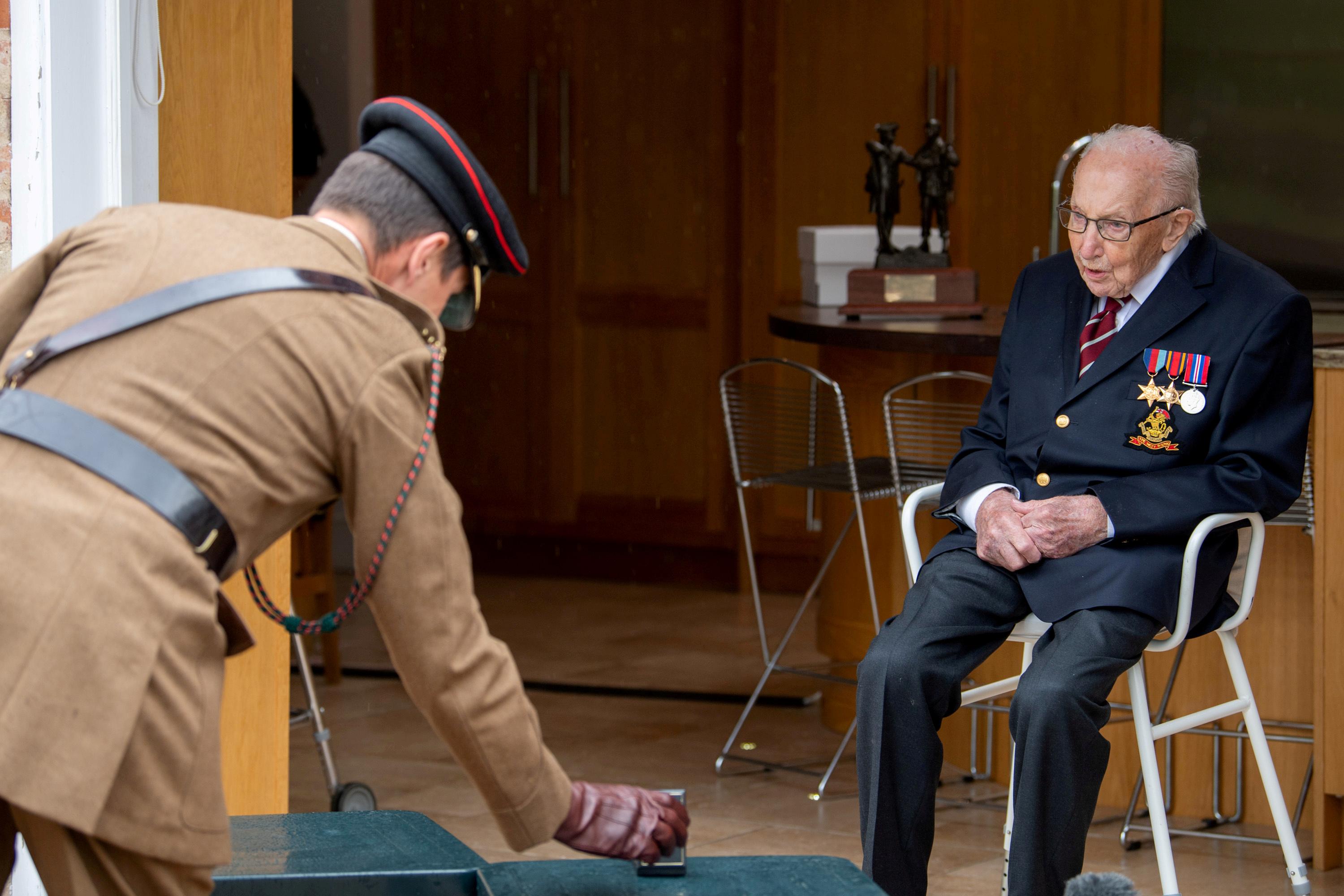 Earlier this month, Moore began his fundraising mission for charities that help front-line National Health Service staff battling the COVID-19 crisis by completing laps of his garden with the help of a walking frame, initially setting out to raise just 1,000 pounds.

As he celebrated his centenary, the amount he raised topped 30 million pounds ($37.4 million), the Guinness World Record for the most money raised by an individual through a walk.

He has also become the oldest person to notch up a number one single in Britain’s main music chart, featuring on a cover version of “You’ll Never Walk Alone”, with his endeavours winning the hearts and admiration of the public at home and across the world.

To celebrate his birthday, Moore was appointed the first Honorary Colonel of the Army Foundation College, based near the town where he grew up, a position that came with the approval of Queen Elizabeth, the defence ministry said.

He has also been re-presented with his World War Two Defence Medal which he had lost.

Historic World War Two aircraft carried out a flypast above “Colonel” Moore’s home in Bedfordshire, central England, early on Thursday with a second fly over by modern Royal Air Force helicopters due later.

Moore, who said he was still “Captain Tom”, said he was honoured by his promotion and all the kind messages he had received.

“If people choose to call me colonel, well thank you very much,” he told BBC TV with a chuckle. The veteran, who served in southeast Asia during the war, waved at the World War Two fighter planes as they flew over his home.

Since Monday, Britain’s Royal Mail has added a special postmark to all stamped post with a congratulatory message to Moore while more than 125,000 birthday cards have been sent to him by well-wishers, so many a nearby school has had to open and display them.

“I never, ever anticipated ever in my life anything like this, it really is amazing. I must say … thank you very much to everyone, wherever you are,” Moore said.

His exploits earlier this month have been heralded by politicians and royalty alike. Prime Minister Boris Johnson, who returned to work on Monday after recovering from COVID-19 himself, recorded a special message for Moore.

“I know I speak for the whole country when I say we wish you a very happy 100th birthday. Your heroic efforts have lifted the spirits of an entire nation,” Johnson said. 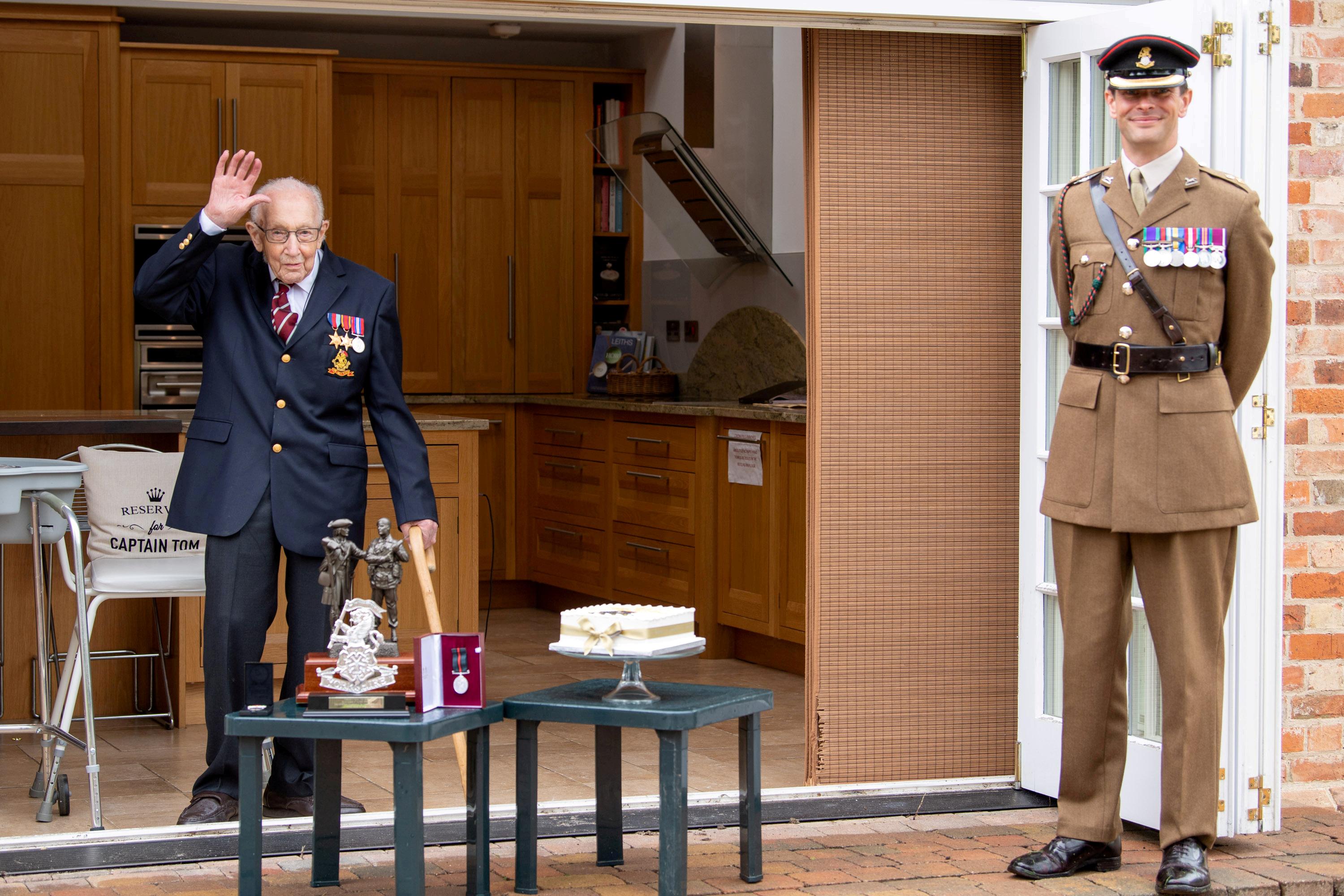 He said Moore was a “point of light in all our lives”.

The royal family have also sent messages of congratulations.

“It’s incredible, it’s amazing,” said Prince William, the queen’s grandson of Moore’s efforts. “It’s wonderful that everyone is being inspired by his story, his determination … he’s a one man fund-raising machine.”