Police in France have made several arrests as part of an investigation into more than 30 killings and mutilations of horses across the country.

Interior minister Gerald Darmanin announed the development as he said more officers would be put on night patrols in affected areas.

The only details reported are that a 50-year-old jobless man has been arrested in the Haut-Rhin of eastern France.

As well as the killings, injuries have been reported in recent weeks following a series of attacks on animals that appears to have begun at the start of the year and accelerated last month.

Horses have been found with ears cut off, eyes gouged out and genitals mutilated, in an apparently motiveless crime. A major police operation was launched in the Cote-d’Or region, involving 40 officers and a helicopter, after a man spotted two people on his pasture on Saturday night, but the suspects got away.

A police spokesman said: “The operation is over, now we are investigating our findings. For now there are no clues.”

A judicial source said Monday’s reported arrest was linked to a facial composite of one suspect that police had issued.

Police have advised those who own or care for horses to monitor pastures and report suspicious behaviour.

Remy Marehcal, a farrier who shoes horses in the northern town of Preux-au-Bois revealed he discovered a pony with its eye gouged out in July, and two horses injured in August. 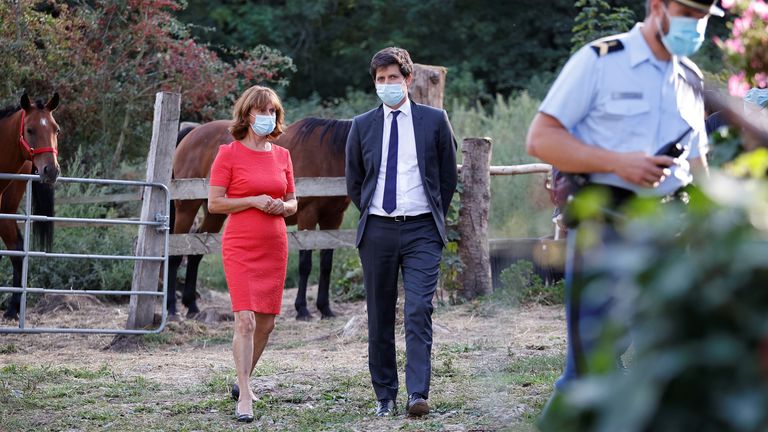 He said: “At first, I thought it was accidental. I told myself, in a small village like this, it cannot be possible.”

The interior minister and Agriculture Minister, Julien Denormandie, have met horse breeders in the Oise region, north of Paris.

They will meet also meet with investigators to discuss plans to stop the attacks.