PARIS (Reuters) – French President Emmanuel Macron said on Friday that he had taken a tough stance over the summer with regard to Turkey’s actions in the eastern Mediterranean, setting red lines because Ankara respects actions not words. 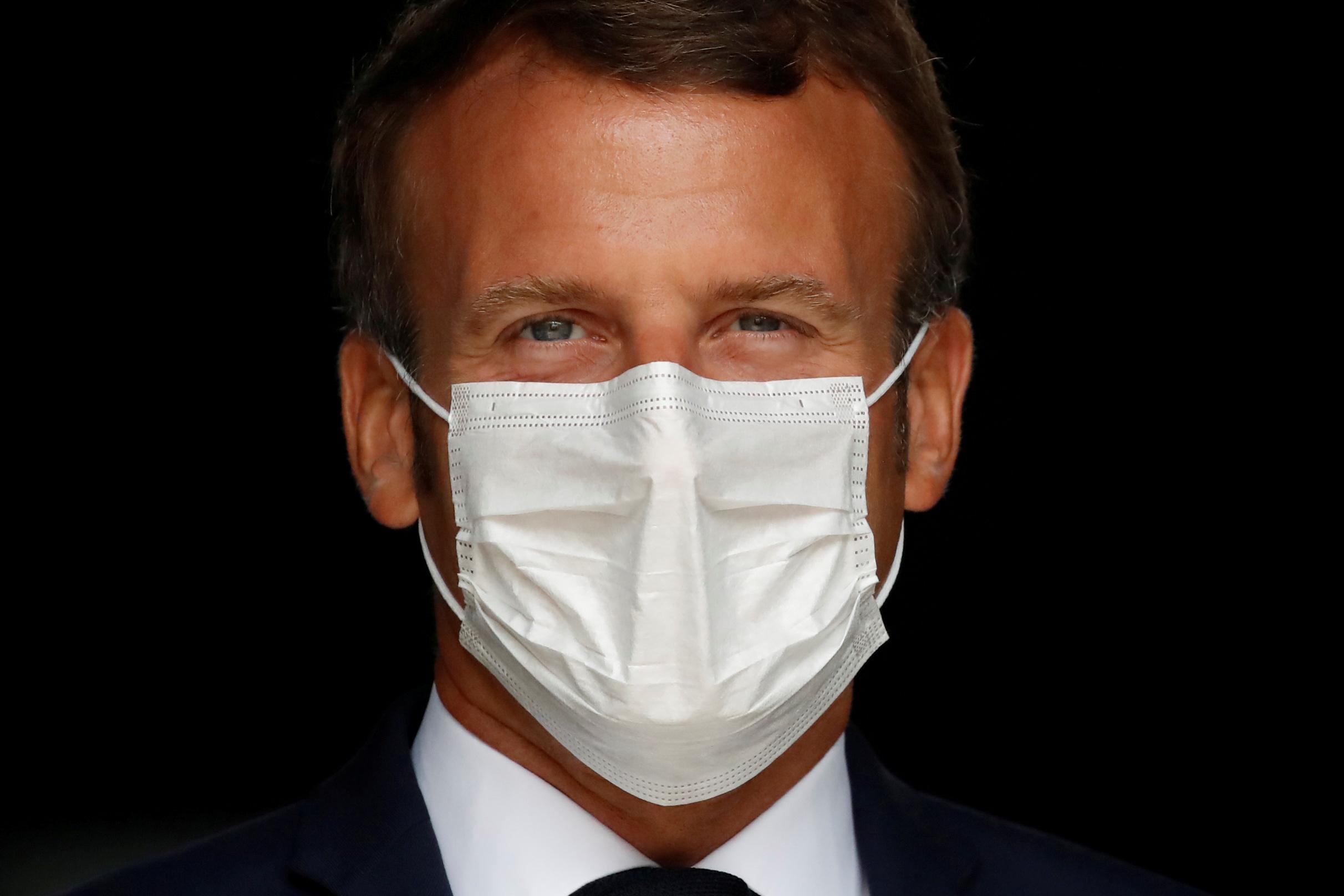 Relations between France and Turkey have soured in recent months over Ankara’s role in NATO, Libya and the Mediterranean.

Macron has called for the EU to show solidarity with Greece and Cyprus in the dispute over natural gas reserves off Cyprus and the extent of their continental shelves and has pushed for further sanctions at EU level, although there are divisions in the bloc over the issue.

“When it comes to Mediterranean sovereignty, I have to be consistent in deeds and words,” Macron told reporters at a news conference.

“I can tell you that the Turks only consider and respect that. If you say words that are not followed by acts…What France did this summer was important: it’s a red line policy. I did it in Syria,” he said referring to French air strikes against suspected chemical weapons sites in Syria.

France this week joined military exercises with Italy, Greece and Cyprus in the eastern Mediterranean as the dispute between Turkey and Greece escalated after Ankara sent its Oruc Reis survey vessel to disputed waters this month, a move Athens has called illegal.

Macron said he had been firm, but restrained.

“It was proportionate. We didn’t send an armada,” he said.

Macron has repeatedly demanded further EU sanctions against Turkey and the two NATO allies almost came to blows in June after a French warship attempted to inspect a Turkish vessel as part of a U.N. arms embargo for Libya.

“I don’t consider that in recent years Turkey’s strategy is the strategy of a NATO ally … when you have a country which attacks the exclusive economic zones or the sovereignty of two members of the European Union,” he said, describing Turkey’s actions as provocations.

“What would our credibility be in handling Belarus if we did not react to attacks on the sovereignty of our own members?”

Germany has sought a less confrontational approach, attempting to mediate between Ankara and Athens.

On Tuesday their respective foreign ministers said they wanted to solve the matter through dialogue following talks with German Foreign Minister Heiko Maas. However, each warned that they would continue to defend their rights in the region.

“Germany and other partners are beginning to agree with us that Turkey’s agenda is problematic today,” Macron said. “When six months ago people were saying France is the only one blaming Turkey for things, everyone now sees that there is a problem.”