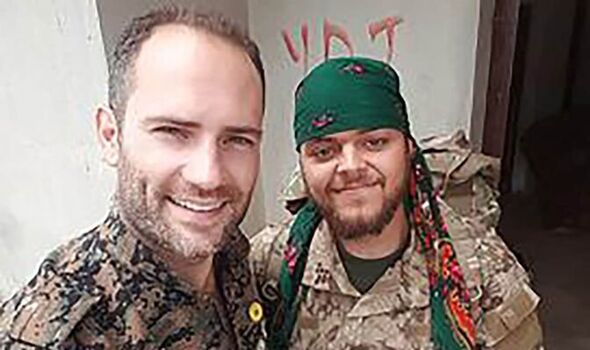 Shaun Pinner, 48, from Bedfordshire and Nottinghamshire man Aiden Aslin, 28, are being held in the pro-Putin Donetsk People’s Republic where they have been sentenced to be shot for being “mercenaries”. Their families vehemently deny the claims, saying the pair had lived in Ukraine for years and were legitimate members of its army.

But separatist authorities have warned they only have a month to appeal their sentences – and if unsuccessful, will face a firing squad.

Kremlin spokesman Dmitry Peskov claimed neither Moscow nor the separatists had heard from London.

He said: “You need to apply to the authorities of the country whose court passed the verdict. And I am sure the Russian side will be ready to listen.”

Foreign Secretary Liz Truss has said she would do “whatever it takes” to free the men and has already held talks with her Ukrainian counterpart.

Authorities in Kyiv have pledged to try to secure their release through a prisoner swap with Russia, with negotiations said to be ongoing.