LONDON (Reuters) – At a time when more people are dying but few can attend funerals, the job of an undertaker in virus-hit Britain is difficult, stressful – and often creative. 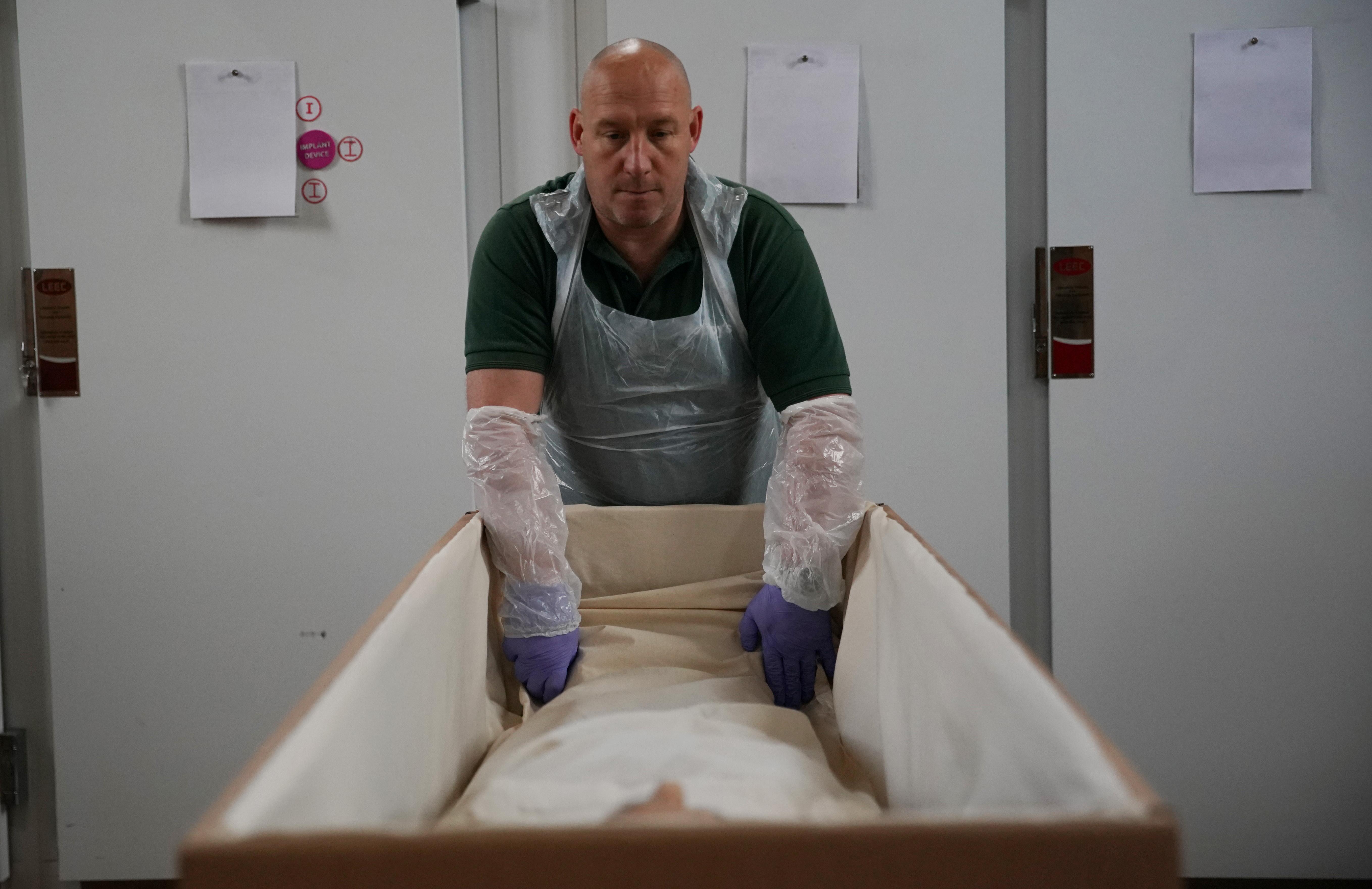 Government guidance on funerals says the number of mourners should be as small as possible during the pandemic, and limited to family or close friends, hitting those who have lost loved ones to COVID-19 or to other causes alike.

“For a lot of people, that is just a huge blow … I think there are some difficult realities for even the people who are able to attend,” said Poppy Mardall, founder of Poppy’s Funerals.

“Something like this, it’s like disrupting a pond. It creates ripples. And you didn’t realise how much you needed what you had… until you’re not allowed to do it.”

Mardall told Reuters she had been supporting families in coming up with alternative arrangements for funerals during Britain’s lockdown.

Those include streaming ceremonies online, driving hearses past the houses of those who cannot attend the service, and hand-drawn pictures of flowers on the coffin, to replace the real things in light of the closure of flower markets.

“We’re having to come up with new rituals, or adapted rituals. Ritual is … arguably more important with the reality of isolation that so many people who are grieving are still having to face,” she said.

Government advice is that funerals should not be delayed, however difficult the circumstances of holding one in the current circumstances may be.

Places of worship may be closed but small funerals can still be held in a churchyard, or by a graveside or at a crematorium.

Mardall said many people were hoping to hold larger memorial services in the future as a way of commemorating their loved ones with more people.

But she said some people with low expectations had got a lot out of the modified service.

“There’s something about having an intimate gathering of ten people – that it’s not what you wanted but it gives you something else,” she said.

“Some people are getting an experience they wouldn’t have thought they wanted, but which they have really valued.”

Funeral services group Dignity said on Monday that families burying loved ones were opting for simpler services in light of the restrictions.

That reflects a difficult time for workers in the funeral sector too, as they have had to adapt their working practices to the realities of lockdown while coping with increased demand for their services and shortages of protective equipment.

Mardall estimated that at its peak in early May, Poppy’s Funerals was 30% busier than normal, though the company retained excess capacity in mortuaries to cope with periods of high demand.

There are daily check-ins with the team, who are working from home where possible, and the firm has launched a blog, talking-death.com, to encourage discussion about dying. 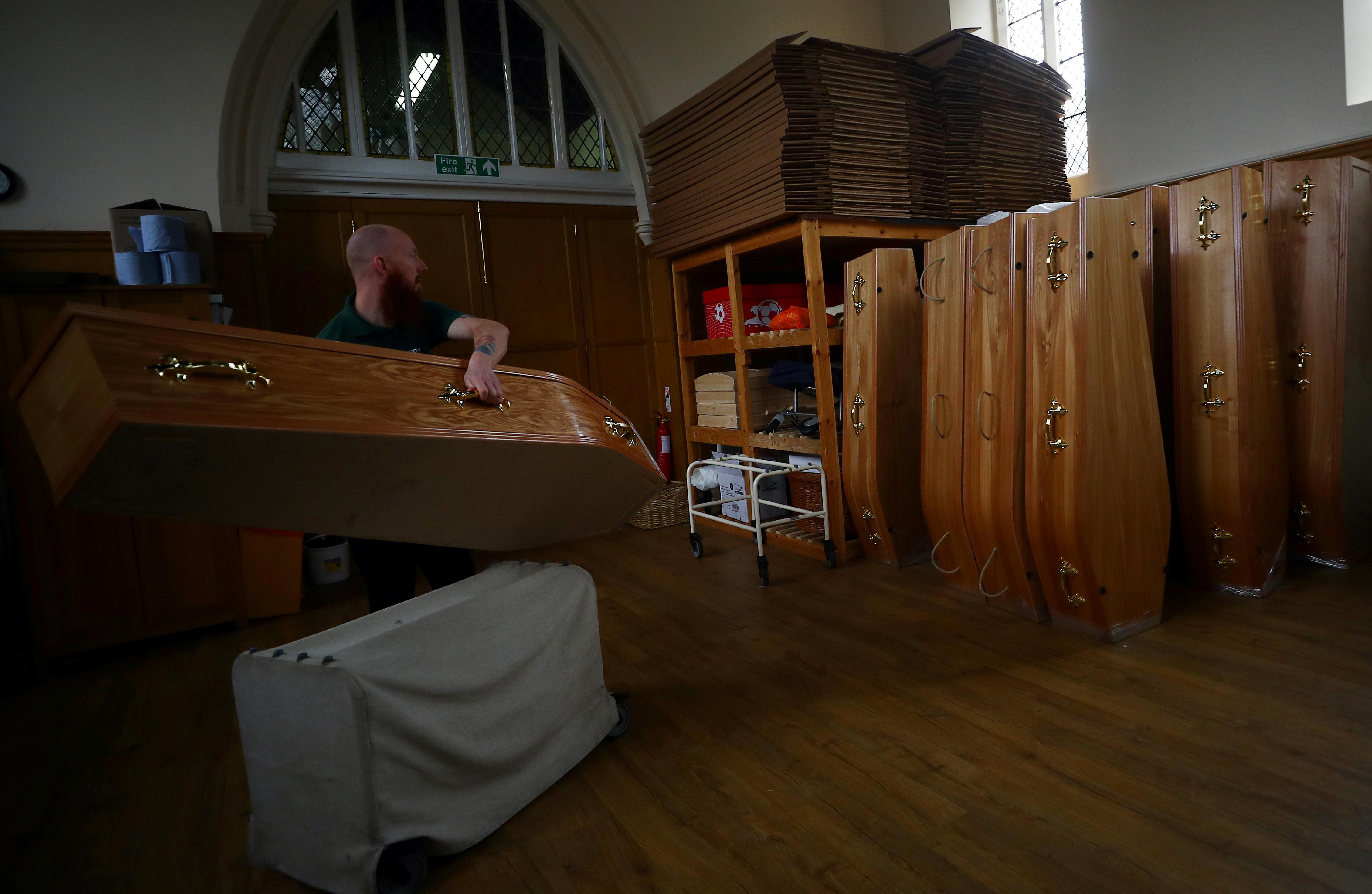 Mardall said there had been one week where the firm did not have sufficient stocks of protective equipment, but the situation had improved now.

“There are more people dying, so there’s certainly pressure on all those people who care for the dead… and this is an infectious disease, so that makes people scared,” she said.

“That strain on everybody is real.”