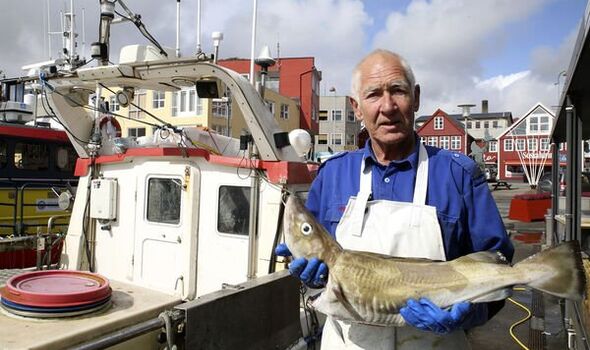 The Faroese granted Moscow the right to catch 75,000 tons of blue whiting each year in a special area shared with Britain.

But the industry has called on the UK Government to pressure the island country – 200 miles North of Scotland – to maximise damage to Vladimir Putin’s war machine by banning his trawlers.

Ian Gatt, boss of the Scottish Pelagic Fishermen’s Association, said it was “deeply disappointing” that the Faroe Islands had “chosen to hide behind its fisheries agreement” with the Kremlin.

He warned that it would leave Russian boats free to “fish for blue whiting, not only in Faroese but in UK waters”.

“We would urge the UK Government to press the Faroese to act now,” added Mr Gatt. 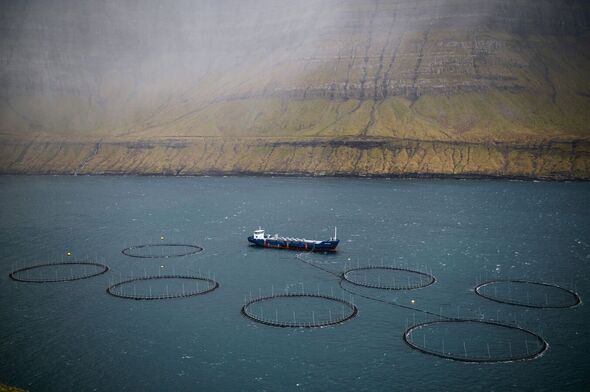 The issue arises from a shared area agreement signed in 1999 between the Faroes and the UK. Industry bosses said the proceeds from fish will further fuel the Kremlin’s war efforts.

Ulla Wang, a senior adviser at the Faroese Ministry of Fisheries, said Russian vessels had not been in UK waters since April but could return in December.

The Faroe Islands granted permission in November 2021 to Russia to fish its 75,000-ton quota of blue whiting in the shared zone this year.

However, the UK’s allowance for the same fish is only 58,939 tons. A review of the deal will be held in November and take effect from 2023.

Ms Wang said the Russia-Faroese fishing agreement is “an important one for us”, with a quarter of exports going to Russia.

Asked whether her government might strike a fishing agreement with Russia but not reissue their licence for the shared zone, she said: “It is one possibility that we say to Russia that given the situation you can continue to fish [in Faroese waters] but not in the special area.”

“I’m not sure whether that’s something the UK is asking for.”

“It would diminish our fisheries zone, make it smaller. We have agreed with the UK on our maritime borders.”

“It would be a decision to take. It would be something we would do reluctantly I think.”

But the UK Government is “deeply concerned” about Russia fishing in the special area. It has made this “abundantly clear” to the Faroese government.

A source said: “We will categorically not license any Russian-flagged vessels to fish anywhere in UK waters, and continue to urge the Faroes to follow our lead, ban these vessels and do what is the right thing to do.”

Russian trawlers were barred from UK ports on March 1, days after the war in Ukraine began.

But Russian vessels Yantarnyy and Arctica were anchored in the Faroese capital of Torshavn days ago, while the cargo ship Tigr 2 was docked between fishing ships Mekhanik Sergey Agapov and Kapitan Sulimov in nearby Runavík.

The fleet is being fully serviced by the Faroese, including refuelling and moving catches to cargo vessels, some bound for markets in Africa.

The view among government and locals is that implementing harsher sanctions on Russia would cause disproportionate damage.

Good relations with Putin’s regime are vital to the nation of 53,800 people and it wants to ensure access to Russia’s profitable cod fishery in the Barents Sea.

Sjúrour Skaale, who represents the Faroes in the Danish parliament for the opposition, said: “Up until February, we had a very close relationship with Russia.”

“At least 25 percent of our exports went to Russia. It’s now stopped. It’s zero because of sanctions.

“We have a fisheries agreement with Russia that goes until the end of this year. The Government is not willing to cancel the agreement.” 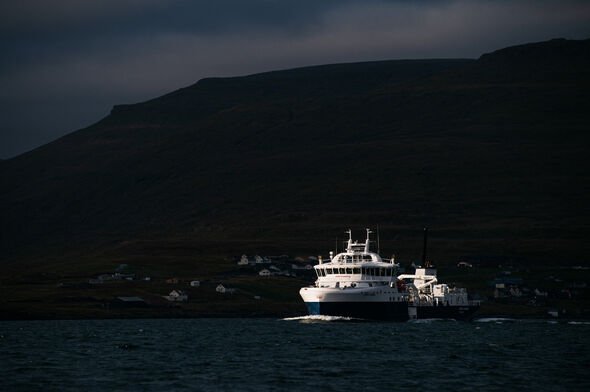 There’ll be new negotiations in the autumn. I think it will be difficult to renew the agreement with Russia. I doubt very much that that would happen.

“I think we should have taken stronger measures than what we have done.”

“The Faroe Islands parliament approved sanctions against Russia in May, two months after the war in Ukraine began, but said seafood would not be affected.”

Mr Skaale added: “Russia is a horrible, horrible state but it’s there geographically. It cannot be moved.”

“We have to try to cooperate. It’s easy to say ‘stop everything’ but we simply can’t.” 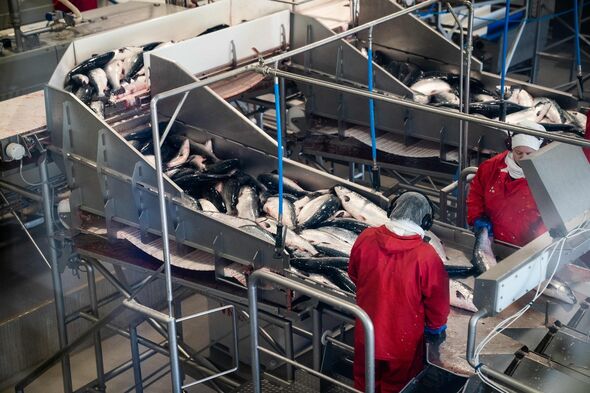 ‘EU too soft on sanctions that hurt Kremlin’

Faroese fisherman Jogvan Steinberg has urged his country’s leaders to consider the atrocities in Ukraine when renegotiating fishing agreements with Russia later this year.

The captain of vessel Skylisklettur, moored in Klaksvik port, said the thousands of lives lost should be front of mind when an annual review of the current deal takes place.

Tougher Jogvan, 54, said: “The talks begin in November and apply in 2023. I don’t know what will happen next year.”

“The government should consider the war.”

“All of Europe and the UK want to support Ukraine. I think the whole of Europe should be harsher on Russia and go at them with all we have. The EU hasn’t done that.”

He called the Faroes “a small country without influence” and urged the EU to be tougher.”

But the cod fisherman admitted his country’s dependency on Russian sales has prevented the nation from maximising damage to Vladimir Putin’s war machine.

Fish makes up more than 90 percent of Faroese exports, with Russia the single largest buyer, purchasing close to a quarter of all exports this year.

Jogvan, who first took to the helm of a fishing vessel aged 15, said: “We are dependent on fish. Germany is dependent on gas. The EU bans the things that they don’t need.”

“We are dependent on fisheries and most people are against the war. It affects our economy and we’re not so willingly changing.”

“All of Europe and the UK want to support Ukraine. But they don’t do that.”

“They set a ban on things that they more or less can live without.”

“Politically, I think that’s a problem. Even in the Faroe Islands, that’s why the Russians still fish here.”

With countries around the world applying sanctions to Russia, it is deeply disappointing that the Faroe Islands has chosen to hide behind its fisheries agreement with Vladimir Putin’s government.

It means Russian vessels will continue to fish for blue whiting, not only in Faroese but in UK waters as well.

This is happening because of a special shared zone agreed between the UK and the Faroes. For its part, the British Government must apply greater pressure on the Faroes to suspend the zone.

In total, it is estimated that some 75,000 tons of blue whiting will be taken in UK waters by Russian factory ships from an area 100 nautical miles west of Shetland.

Alongside the SPFA’s own lobbying efforts with the UK Government, one of our members recently wrote to the Prime Minister on this issue.

He received a reply from Defra officials stating the UK’s strong economic and diplomatic links with the Faroes meant that open discussions could be held.

The letter noted the islands recently passed legislation allowing its government to introduce economic sanctions against Russia and Belarus, and the UK would urge the Faroes at every opportunity to introduce a ban on these vessels.

We would urge the Government to press the Faroese to act now.