Amelia Dean, from Surrey, was hiking with a friend and his wolfdog on June 16 on what was meant to be the second day of a month-long road trip across the US. But the Brit’s adventure was cut short when a large male bison gored her, ripping into her thigh with its horn and throwing her 15 feet into the air before her friend rescued her.

The 19-year-old told KOTA-TV: “I remember feeling the pressure on my hip, my hip being pushed back, and I remember the sensation of flying in the air and going head over heels.

“The bison stuck around and his hoofs were right over my head. It’s a miracle I even lived until the ambulance got there, let alone kept my life and my leg.”

Describing the extent of her injury as “highly complex”, the teenager’s parents said they hoped to raise £140,000 to send her to a clinic that would give her “a chance at regaining full motion” in her foot and cover medical costs not included in her travel insurance.

According to the family, Ms Dean’s tibial nerve is fully severed and her peroneal tendon is split down the middle and partly shredded and crushed. 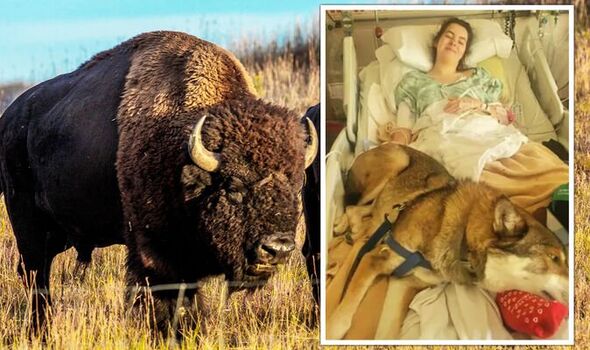 They had raised more than £63,000 at the time of writing and arranged treatments at the specialist Mayo Clinic in the US, a world-class hospital in the sort of treatment their daughter needs – the money being enough for initial tests.

However, relatives then said Ms Dean’s insurance has ordered her to fly home in an air ambulance before the end of the week as their coverage will end after that.

With transport fees costing more than £100,000, her parents said they need to get her back to the United Kingdom before having to fork out a potential six-figure sum.

The family wrote on a GoFundMe page: “Mia is English and whilst her travel insurance has paid so far for the femoral artery bypass they are refusing to pay for even the initial examination by the specialist of her nerve injury.” 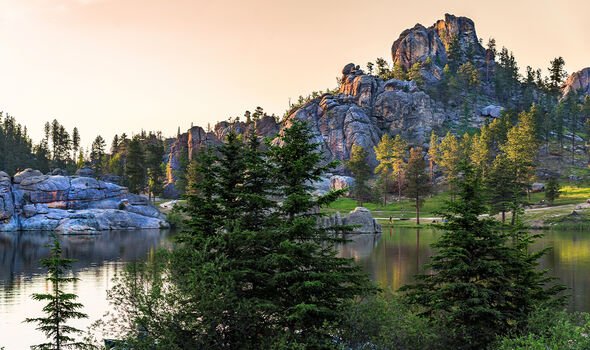 They continued: “We understand that she will need complex nerve grafts and possibly more than one surgery. The logistics of this are still unclear until Mia sees a peripheral nerve expert.

“Now the insurance company has given us an ultimatum: to fly Mia home by air ambulance this weekend, after which they will withdraw funding for her case.

“Although the money you have so generously given would cover initial testing at Mayo Clinic, the cost of an air ambulance home is in excess of £100,000 ($121,000).”

The GoFundMe plea added: “If we choose to stay in the US and follow this route we are then potentially left stranded.

“We feel we have little choice but to cancel Mia’s appointments at the Mayo Clinic next week.”

The attack happened while walking on a trail in Custer State Park, and the animal at first seemed “unconcerned” with Ms Dean and her friend.

After giving it a wide berth of about 100 yards, with Ms Dean’s friend’s dog in a harness, the bison suddenly stopped eating and charged at them.

Ms Dean was frozen with shock. After the attack, it stood around her before her friend managed to lead it away.

Her family said they are concerned about the mental state of their daughter, who has been accepted at Edinburgh University and was due to start in September, “after the trauma of the accident”.

Ms Dean, whom her parents say has been “incredibly strong throughout this whole process”, told KOTA-TV: “I hope this doesn’t discourage people from travelling. Travel and explore and have fun.”