Angela Merkel’s government has banned most land travel between regions in the east and south of the country and the neighbouring Czech Republic and Austria’s Tyrol, designating them “virus mutation areas.” Under the new rules, only a handful of people are permitted to cross the border, including heavy goods vehicle (HGV) drivers. But truckers have been caught up in the chaos sparked by the travel ban and the International Road Transport Union has condemned Berlin’s decision as “one-side, thoughtless and stupid” and said it would turn to Brussels for help.

A one-sided and thoughtless, stupid decision on the German side led to chaos

The organisation’s political director Matthias Maedge said: “We are deeply disappointed and angry.

“On Friday, EU Commission President Ursula von der Leyen replied in writing that she wanted to leave the borders open for freight traffic.

“But then a one-sided and thoughtless, stupid decision on the German side led to chaos.

“The German government did not prepare for this action. No help comes from them. We receive messages every minute from drivers who are standing in traffic jams that run for miles or queues for hours in front of corona test centres. These people are left hanging.” 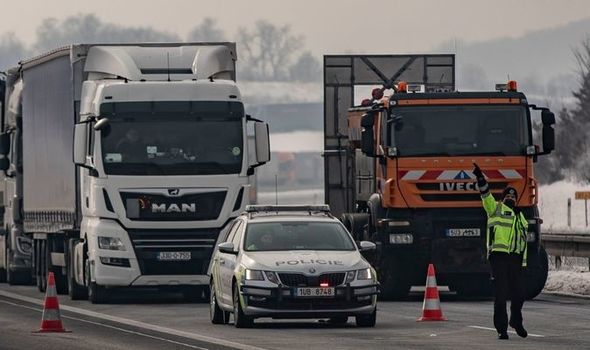 Mr Maedge said the haulage industry had implemented comprehensive hygiene concepts to minimise all human contact as a precaution against coronavirus.

He said drivers were isolated in their vehicles and often had nothing to do with loading or unloading.

He said: “If there is someone who is not a source of risk, it is the truck driver.”

READ MORE Brexit LIVE: EU lashes out at Ireland and warns of ‘payback’ 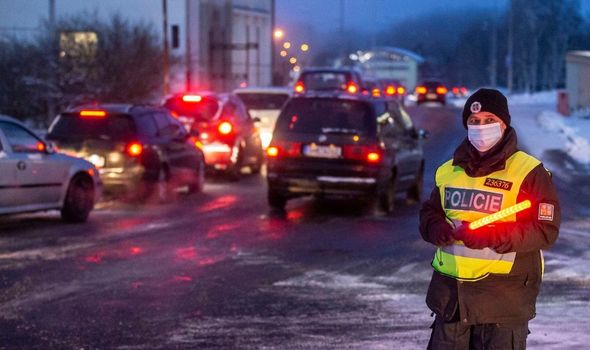 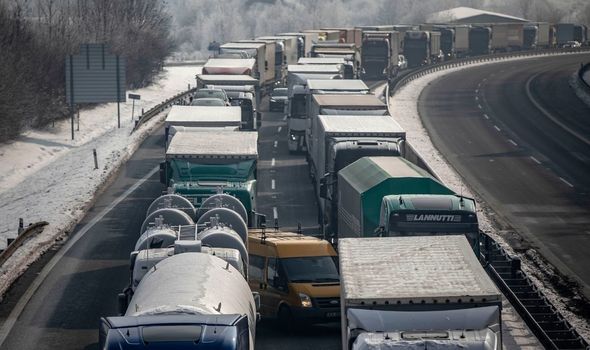 He continued: “Our industry supports measures to contain the spread of the coronavirus.

“But if hundreds of drivers have to stand shoulder to shoulder in front of test centres at the borders, then that is dangerous.

“And on top of that the unworthy treatment of these people. The temperatures are below zero and we let the drivers stay out in the cold for hours.

“Don’t forget: it’s the trucks that ensure our supplies of food and other essential goods.”

Mr Maedge said large parts of the EU’s economic system were highly dependent on running freight traffic and warned some of the most important routes across the bloc were being impacted by tighter border controls.

He said: “This can destroy supply chains and paralyze entire companies – not just in the automotive sector.

“It could also happen that supermarkets no longer offer certain products.

“It may well be fine for a few more days. But it could also happen that panic buying starts again and the supermarket shelves empty quickly.

“In this situation, nobody can predict what will happen. It all depends on how things develop at the borders – and whether our drivers get help.” 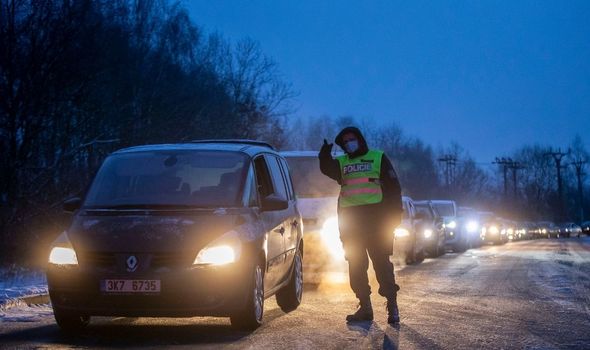 Mr Maedge said the haulage industry was hoping to get help from Brussels.

He said: “A few months ago, the EU states including Germany agreed to give priority to freight transport in the pandemic in order to secure supplies.

“How can it be that now individual members do their own thing? The safest solution for everyone is that drivers can do their job and cross the border unhindered.

“Now the EU can show what it’s good for.”