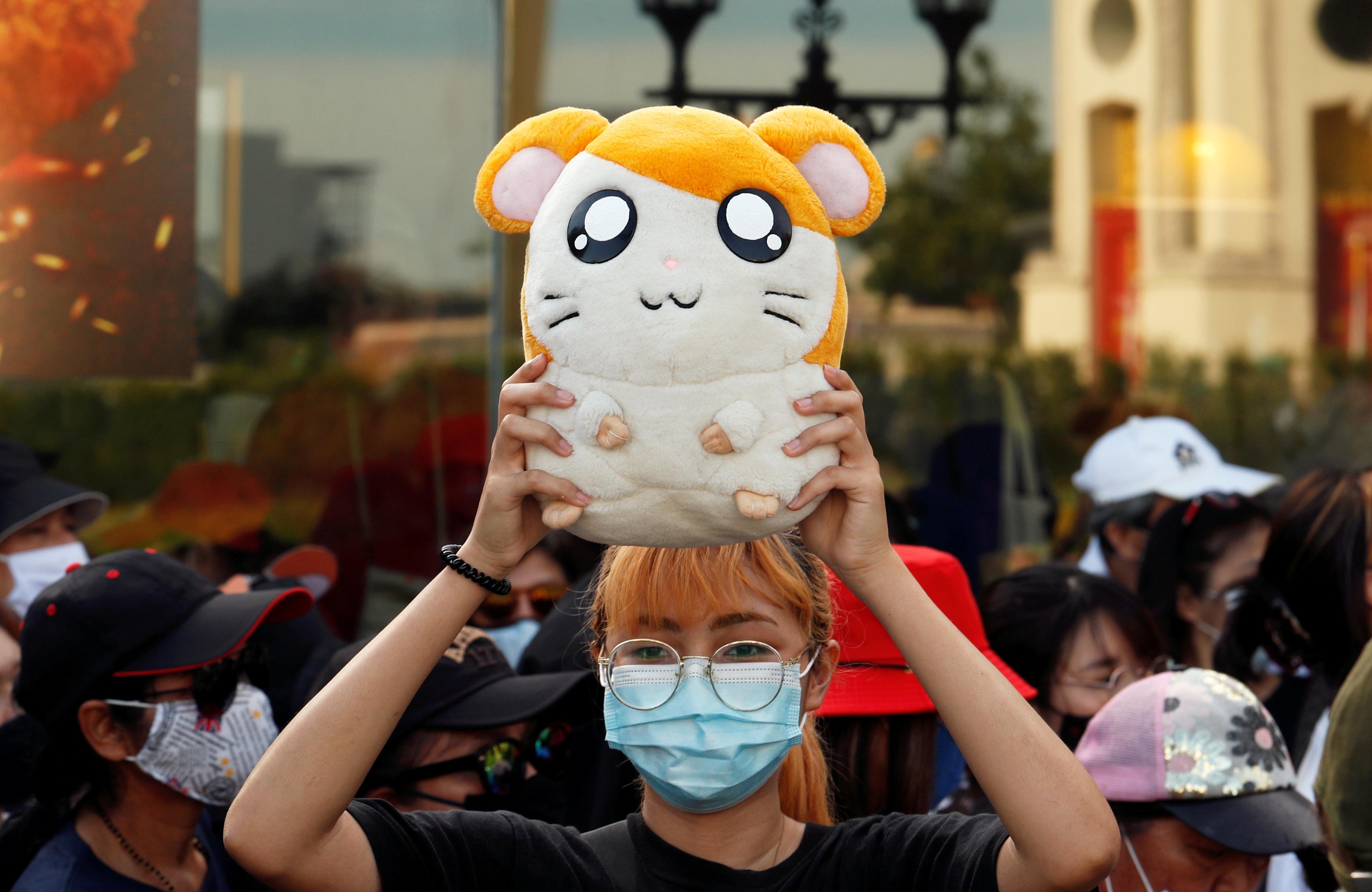 BANGKOK (Reuters) – Thailand’s emerging student pro-democracy movement has adopted a Japanese cartoon hamster, Hamtaro, as a creative way to get support from young people around the country.

University and high school students have rallied almost daily in the past two weeks to demand the dissolution of parliament, an end to harassment of government critics, and amendments to the military-written constitution that critics say help maintain the influence of the army over the political system.

This past week, three of the protests were themed around “Hamtaro,” where protesters ran around public places in circles, like a hamster wheel, while singing a modified version of the cartoon’s jingle, saying the government loves feasting on taxpayer’s money and demanding Prime Minister Prayuth Chan-ocha dissolve parliament.

“The Hamtaro cartoon is what on television every morning, so it connects with us easily,” said Pumiwat Rangkasiwit, 20, a student activist from a group called New Life Network.

Japanese publishing house Shogakukan, which owns the license to Hamtaro, declined to comment on the use of the cartoon in Thai protests when contacted by Reuters.

Groups are also planning other themes for protests, including Japanese cartoon character Naruto and Harry Potter.

“Young people grew up with these popular culture characters and they help add new dimensions to our movement, making it relatable and easy to communicate with young people,” said Jutatip Sirikhan, 21, president of the Student Union of Thailand.

Activist Chutimon Kritsanapanee, 21, from Kasetsart University in Bangkok, said: “Some people may not be able to relate but the main thing is we want to tell others about the failure of this government through these gimmicks.”