ROME (Reuters) – Italian mayors and regional governors on Tuesday bought a page in Frankfurter Allgemeine Zeitung newspaper to ask Germany for solidarity amid the coronavirus outbreak, saying that other states agreed to cut its debt after World War Two. 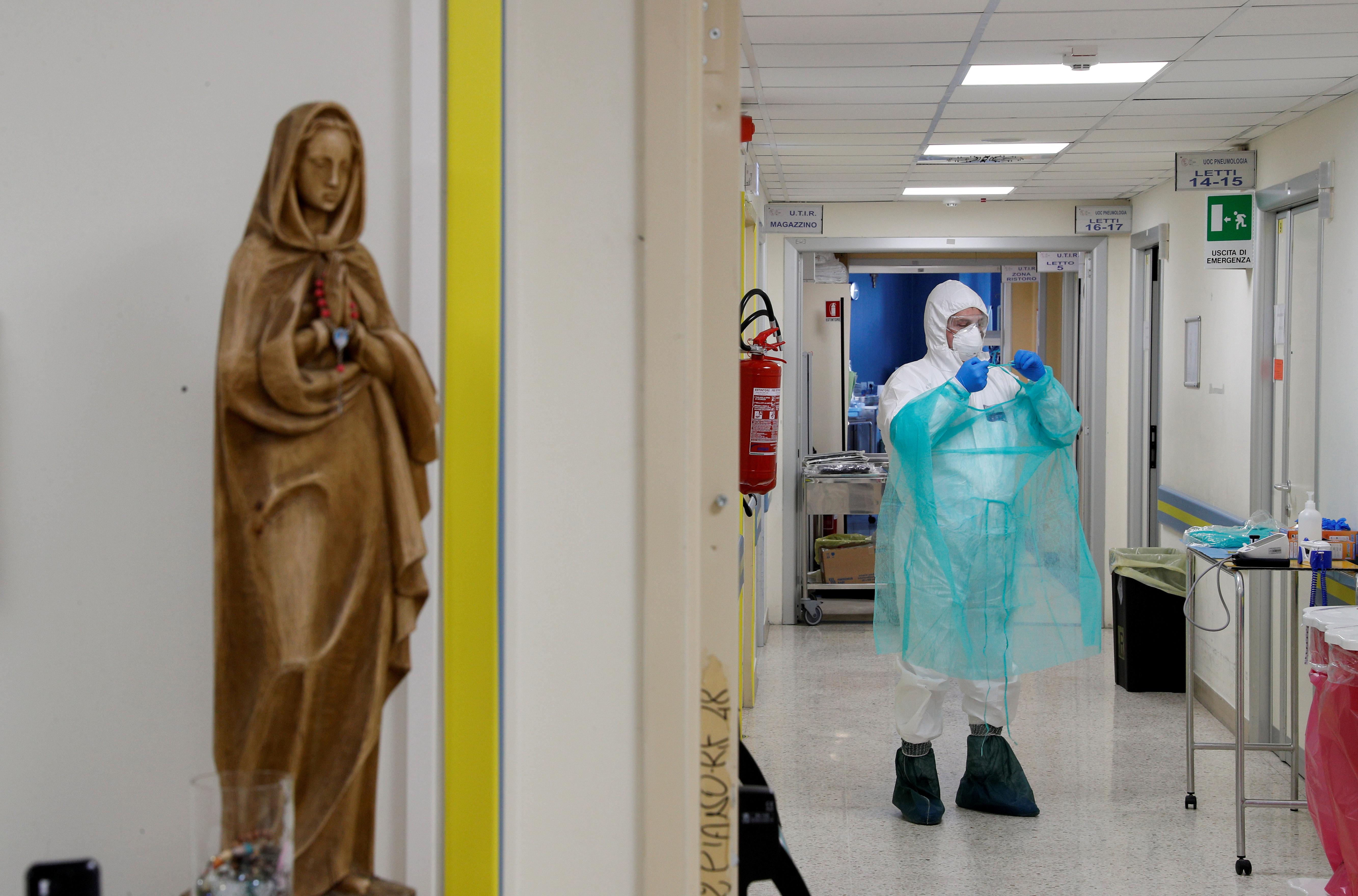 Italy has seen more fatalities from the coronavirus than any other country, with 11,591 deaths as of Monday, about a third of the global total, and more than 100,000 cases.

The initiative underscores Italians’ growing resentment against what is seen as Germany’s indifference towards its plight as Berlin refuses to heed calls from other countries for the issuance of mutual debt to help their battered economies.

“Dear German friends, memory helps make the right decisions,” the letter says, after referring to a 1953 agreement to reduce Germany’s debt to help its post-war recovery.

It was signed by mayors from left and right-wing parties representing the northern Italian cities worst-hit by its coronavirus outbreak, including Bergamo and Milan, as well as the regional president of Emilia-Romagna.

The missive also took aim at the Netherlands, seen in Italy as a sort of corporate tax haven, saying that it had “established a ‘favorable’ tax regime that has been subtracting resources from all big European countries for years.”

Nine European Union countries, including Italy, France and Spain, called last week for joint debt issuance to finance an economic recovery after the virus outbreak that seems certain to push the euro zone into a deep recession.

Germany, the Netherlands, Finland and Austria opposed the proposal for so-called euro bonds, maintaining their traditional unwillingness to share the debt of less competitive economies.

“Euro bonds to tackle the coronavirus will not erase or mutualize previous debts,” read the Italian translation of the letter posted on Twitter by European Parliament member Carlo Calenda, one of the signatories.

EU leaders have so far failed to agree on the scale of support for their economies which have ground to a halt due to lockdown measures to try to contain the spread of the virus.

At the end of videoconference held last week, Germany and the Netherlands said those in need could access a eurozone bailout fund to obtain credit lines. Italy opposes this mechanism, which entails conditionality.