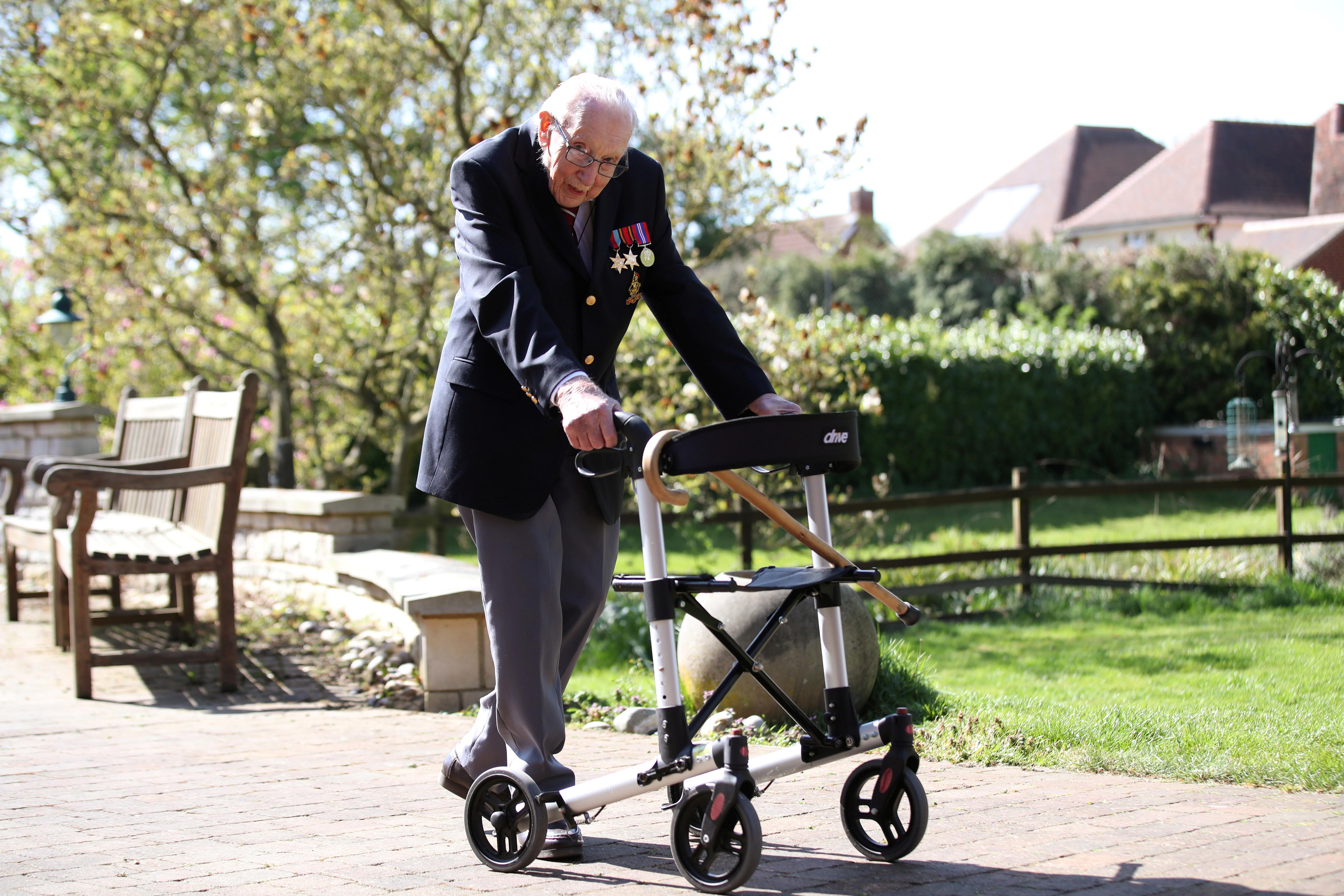 The World War Two veteran took the Guinness World Record title for the most money raised by an individual through a walk. As of Friday afternoon he had collected more than £28.6 million ($35.2 million) for the National Health Service (NHS) by completing laps of his garden.

He also went to number one – with a little help from a friend.

The cover version of “You’ll Never Walk Alone” that he appears on with singer Michael Ball was on course to be pipped by The Weeknd’s Blinding Lights, until the Canadian star asked his fans on Twitter to support Moore’s record instead.

“What wonderful news to receive today, a No.1 single and a record breaker too – my grandchildren can’t believe I am a chart-topper,” the 99-year-old – who turns 100 on April 30 – told BBC Radio 1’s Scott Mills.

Moore, who has used a walking frame with wheels since breaking his hip, had originally hoped to raise just £1,000. But he shot past that as media attention from around the globe zoomed in on his home in Bedfordshire, central England.

Moore, who turns 100 said he felt honoured to receive the awards.

“My charity walk has raised more money than I could have possibly imagined and I am so thankful to those who have donated money … for our incredible NHS during these difficult times.”

“These really are Guinness World Records titles for all of us,” he added.

Fox, who lost a leg to cancer when he was a teenager, set off on a cross-Canada run in 1980 by dipping his prosthetic limb into the Atlantic Ocean with the aim of getting all the way to the Pacific.

Guinness World Records said Fox collected C$14.7 million – worth £5.4 million at the time and £27,201,900 today, adjusted for inflation. A subsequent telethon raised a further C$10 million in his honour, the organisation added.