The 65-year-old was hit by the projectile after it flow over a hedge at Geldrop Castle near Eindhoven in the Netherlands, with the incident now the subject of a police investigation. One witness told reporters: “The pendulum dropped, we saw the ball go over the hedge and then we heard a woman screaming very loudly.

“It wasn’t a spectator – so he didn’t see the ball coming at all.”

An air ambulance was scrambled to the scene along with other emergency services – but it was too late, as the man was already dead, killed instantly by the force of the blow.

The throwing event is a traditional feature of Highland Games, involving a wooden pole with a metal ball attached to it, which competitors swing around their heads before throwing as far as possible. 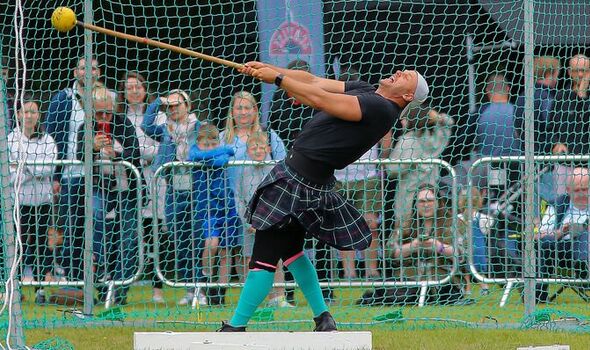 The ball in question weighs six pounds more than the one used by men in the Olympics and other athletics events.

The event was halted immediately after the tragedy, as horrified spectators looked on.

The witness added: “When things went wrong, some people from the organisation immediately ran to the victim. They started CPR.”

Another explained: “We weren’t allowed to stand where the ball landed in the event field. 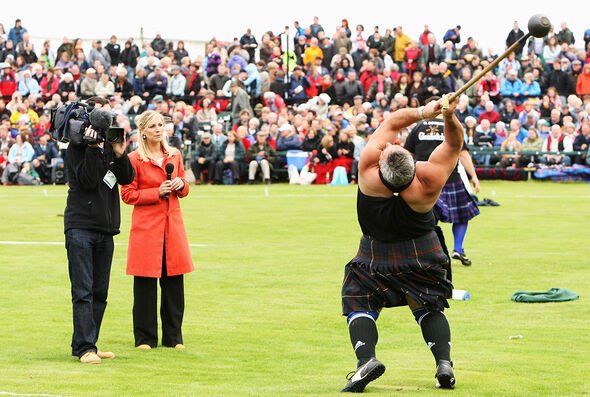 “But people could walk behind the hedge. At the bottom it was open, so we saw their feet and strollers, which they walked past. We were amazed at that beforehand.”

The second witness stressed: “The boy who swung the ball was completely upset.

“He was not a rookie, but really a top player, who had already participated in big competitions before.”

Adri Geerts, chairman of organisers Foundation Village Marketing Geldrop-Mierlo, told local media: “We are flabbergasted that something like this can happen. 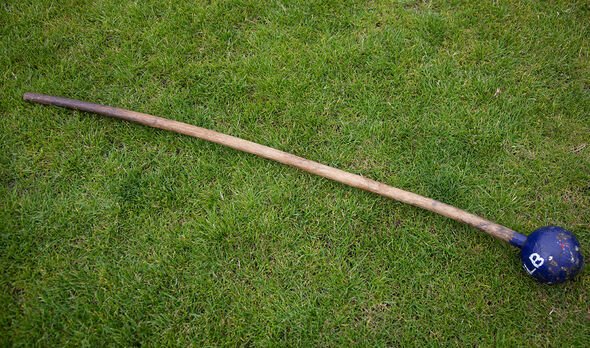 “You don’t expect it, it’s the biggest disaster that can happen to all of us. We’re devastated.

“I felt super excited about the event and all the people who were there.

“That someone then dies due to an accident, that makes me super sad.”

Mr Geerts said the competitors had been devastated but were being helped by victim support. 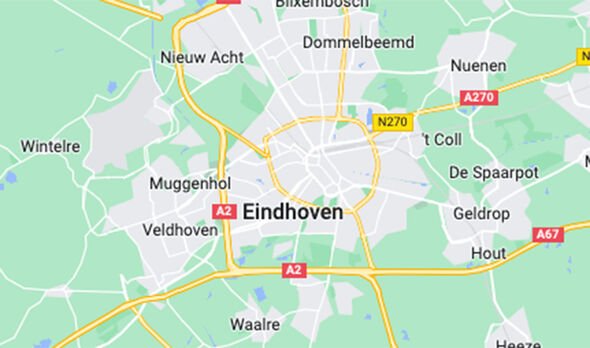 With respect to the man who threw the hammer which caused the fatality, he said: “I haven’t spoken to him myself, but he’s completely beside himself, this should never have happened to him.

“They are players who practice this game internationally at a high level and with a lot of experience and are extremely experienced, but then apparently an accident can happen.”

The International Highland Games Federation (IHGF), founded in 2001, is now recognised worldwide as the sport’s governing body, with 23 affiliated countries.

A Dutch Police statement said: “A 65-year-old man from Geldrop died early in the afternoon on Sunday when he was hit by a metal ball that was used during Highland Games on the grounds of Landgoed Kasteel Geldrop.

“Emergency responders rushed and alarmed emergency services could do nothing for him. The police are investigating what exactly happened.”

The statement added: “The man was present at the estate as a visitor. He was hit by a metal ball with a handle, which had been thrown by one of the participants during the Highland Games competition. The victim was not a spectator of the relevant competition at the time of the fatal accident. He walked behind a meter high hedge on a path that was not part of the event site.

“The event was stopped immediately after the incident. Victim Support is available for witnesses who need it. Police are investigating how this accident could have happened. We investigated the security measures on the site and interviewed those involved and witnesses.”

Express.co.uk has contacted the International Highland Games Federation for comment.