HONG KONG (Reuters) – Hong Kong police fired tear gas and water cannon to disperse thousands who, in defiance of curbs imposed to contain the coronavirus, gathered on Sunday to protest against Beijing’s plan to directly impose national security laws on the city.

In a return of the unrest that roiled the financial hub last year, crowds thronged the bustling shopping area of Causeway Bay, where chants of “Hong Kong independence, the only way out,” and other slogans echoed through the streets.

To Communist Party leaders, calls for independence for the Chinese-ruled city are anathema, and the proposed new national security framework stresses Beijing’s intent “to prevent, stop and punish” such acts.

As dusk fell, sporadic standoffs broke out between police and demonstrators in the bar and nightlife district of Wan Chai near the heart of the business district.

The protest, the first since Beijing proposed the new laws on Thursday, had mostly died down by then – but the day’s events pose a fresh challenge to Beijing’s authority as it struggles to tame public opposition to its tightening grip over the city.

The security laws have also sent a chill through financial markets and drawn a rebuke from foreign governments, human rights groups and some business lobbies.

“I am worried that after the implementation of the national security law, they will go after those being charged before and the police will be further out of control,” said Twinnie, 16, a secondary school student who declined to give her last name.

“I am afraid of being arrested but I still need to come out and protest for the future of Hong Kong.”

The demonstrations come amid concerns over the fate of the “one country, two systems” formula that has governed Hong Kong since the former British colony’s return to Chinese rule in 1997. The arrangement guarantees the city broad freedoms not seen on the mainland, including a free press and independent judiciary.

Sunday’s rally, the largest since COVID-19 lockdowns began, was initially organised against a national anthem bill but the proposed national security laws sparked calls for more people to take to the streets. 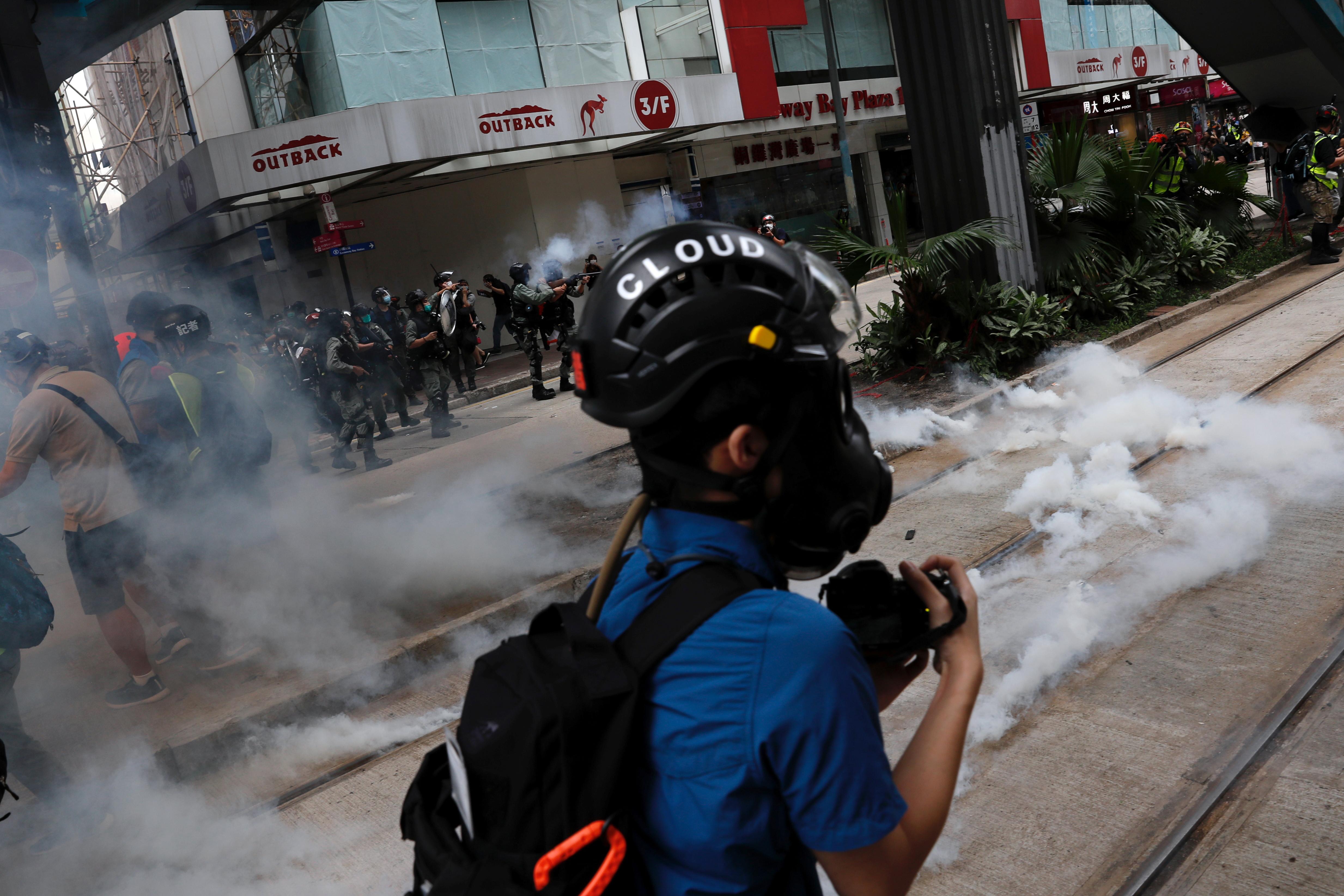 As the city government sought on Sunday to give reassurances over the new laws, police conducted stop-and-search operations in Causeway Bay and warned people not to violate a ban on gatherings of more than eight.

That restriction, imposed to contain the spread of coronavirus, has kept protesters largely off the streets in recent months.

Protesters set up road blocks and hurled umbrellas, water bottles and other objects, police said, adding that they responded with tear gas “to stop the violent acts” and made more than 120 arrests.

Many shops and other businesses closed early.

“WE HAVE TO RESIST IT”

In a bold challenge to the mainland authorities, a small group of democracy activists protested outside Beijing’s main representative office in the city, chanting, “National security law is destroying two systems.”

“In future they can arrest, lock up and silence anyone they want in the name of national security. We have to resist it,” protester Avery Ng of the League for Social Democrats told Reuters.

Nearly 200 political figures from around the world said in a statement the proposed laws were a “comprehensive assault on the city’s autonomy, rule of law and fundamental freedoms”.

China has dismissed foreign complaints as “meddling,” and said the proposed laws will not harm Hong Kong’s autonomy or investors. 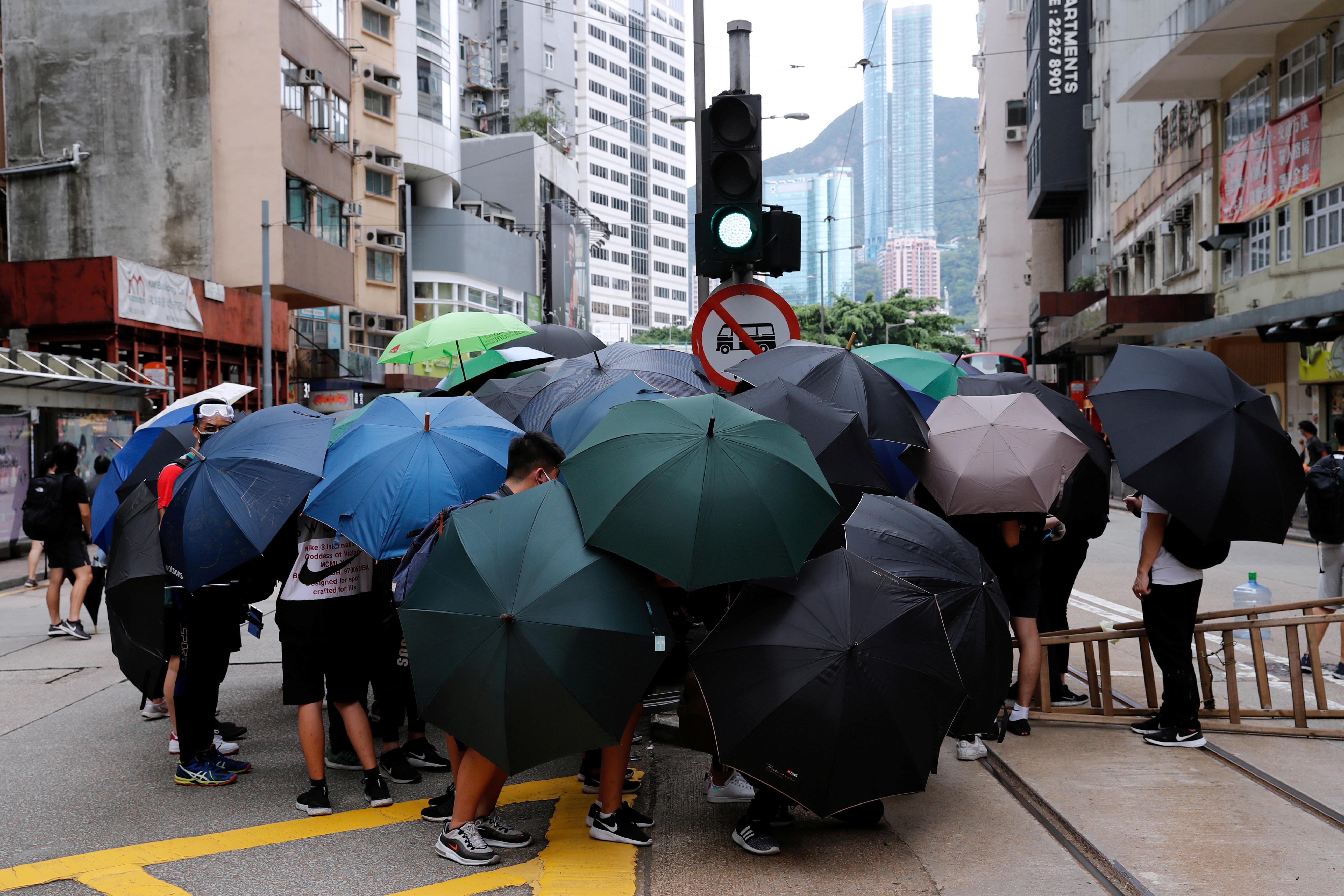 Hong Kong has increasingly become a pawn in deteriorating relations between Washington and Beijing, and observers will be watching for any broader signs of resignation to greater Chinese control or if activists are gearing up for a fresh wave of unrest.

Beijing’s top diplomat said the proposed legislation would target a narrow category of acts and would have no impact on the city’s freedoms nor the interests of foreign firms.

Last year’s anti-government protests plunged the city into its biggest political crisis in decades, battered the economy and posed the gravest popular challenge to President Xi Jinping since he came to power in 2012.