HONG KONG (Reuters) – Hong Kong’s national security law does not spell “doom and gloom”, its leader said on Tuesday, as she tried to calm unease over legislation that critics say could quash freedoms that have underpinned the city’s success as a financial hub.

In an illustration of worries about the law, the video app TikTok said it was preparing to leave the Hong Kong market, and other tech firms said they have suspended processing Hong Kong government requests for user data.

The sweeping legislation that Beijing imposed on the former British colony punishes what China defines as secession, subversion, terrorism and collusion with foreign forces, with up to life in prison.

It came into force at the same time it was made public, just before midnight last Tuesday, with police arresting more than 300 people in protests the next day – about 10 of them, including a 15-year-old, for suspected violations of it.

“Surely, this is not doom and gloom for Hong Kong,” the city’s Beijing-backed leader, Carrie Lam, told a weekly news conference.

“I’m sure, with the passage of time … confidence will grow in ‘one country, two systems’ and in Hong Kong’s future.”

The legislation has been criticised by democracy activists and Western governments, for undermining freedoms guaranteed under a “one country, two systems” formula agreed when Hong Kong return to Chinese rule in 1997.

Both Hong Kong and Chinese officials have said the law, which gives mainland security agencies an enforcement presence in the city for the first time, was vital to plug holes in national security defences, exposed by the city’s failure to pass such legislation itself as required under its mini-constitution, the Basic Law.

Lam said cases involving the new mainland agents would be “rare”, but nevertheless, national security was a “red line” that should not be crossed.

The legislation was not harsh when compared with that of other countries, she said.

“It is a rather mild law. Its scope is not as broad as that in other countries and even China,” she said.

Critics say the aim of the law is to stamp out a pro-democracy movement that brought months of protests, at times violent, to the city last year.

Late on Monday, Hong Kong released details of how the law would be implemented, outlining police powers over the internet, including the ability to ask publishers to remove information deemed a threat to national security.

Internet firms and their staff face fines and up to one year in jail if they do not comply and police can seize their equipment. The companies are also expected to provide identification records and decryption assistance. 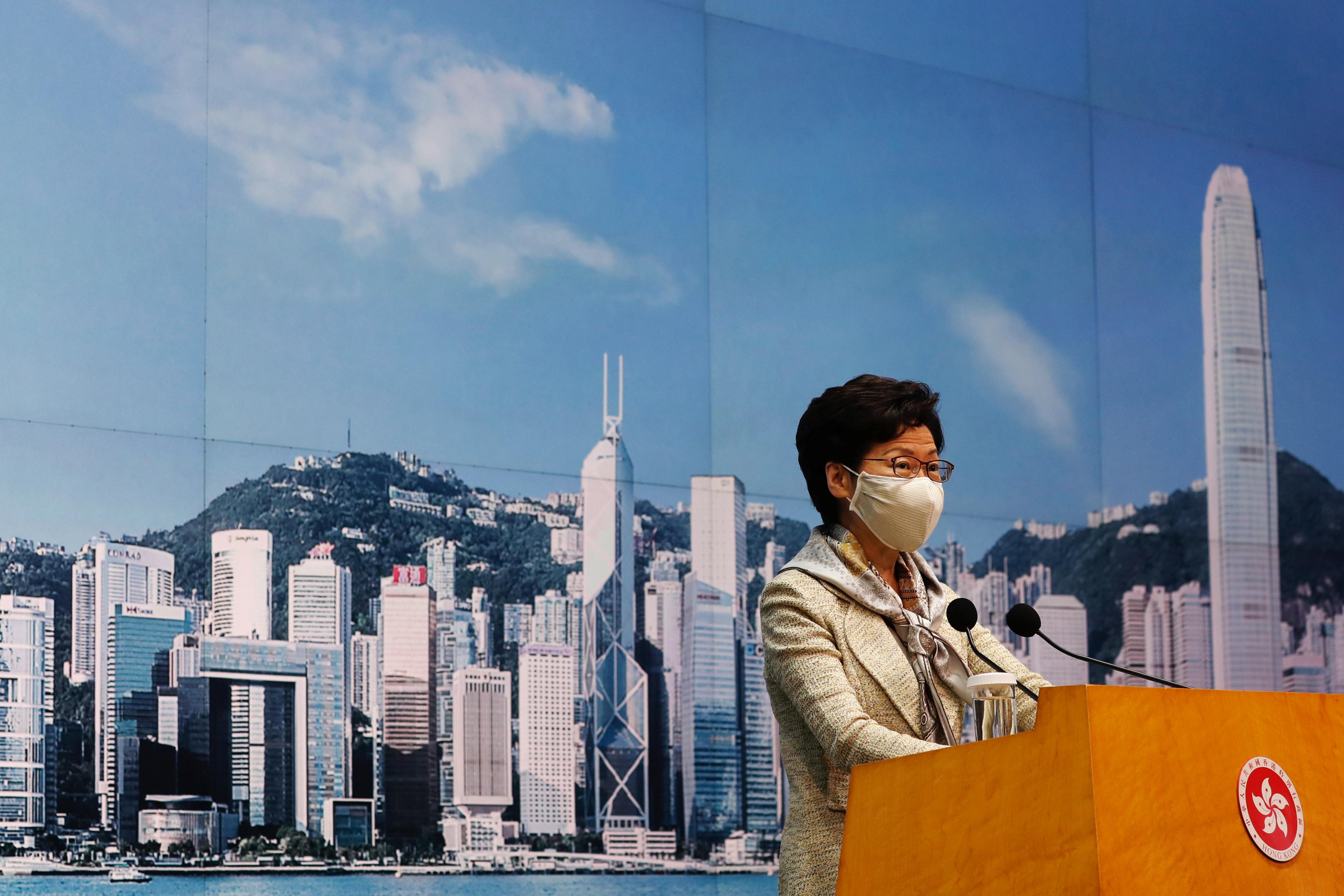 But Lam said she had not noticed widespread fears and the law would restore the city’s status as one of the safest in the world after the violent pro-democracy protests last year.

Despite her assurances, the law has had a chilling effect.

“If Hong Kong police and the government do not get information from Facebook, they may have other means,” said 45-year-old playwright Yan Pat-To.

“The fear has spread over freedom of expression.”

Shortly after the law came into force, pro-democracy activists such as Joshua Wong disbanded their organisations while others have left.

Many shops have removed protest-related products and decorations and public libraries have removed some books seen as supportive of the democracy movement. Canada has suspended an extradition treaty with Hong Kong.

TikTok, a video app owned by China-based ByteDance said it would exit the Hong Kong market within days.

U.S. Secretary of State Mike Pompeo said late on Monday the United States was “certainly looking at” banning Chinese social media apps, including TikTok, amid concern they were not in a position to decline Chinese government requests.

TikTok, which has sought to emphasise its independence from China, has been banned in India.

The final power of interpretation of the law lies with authorities in mainland China, where human rights groups have reported arbitrary detentions and disappearances. China has been clamping down on dissent and tightening censorship.

The news came on the day that Xu Zhangrun, a Beijing law professor who has been an outspoken critic of the ruling Communist Party and President Xi Jinping, was taken away by authorities. 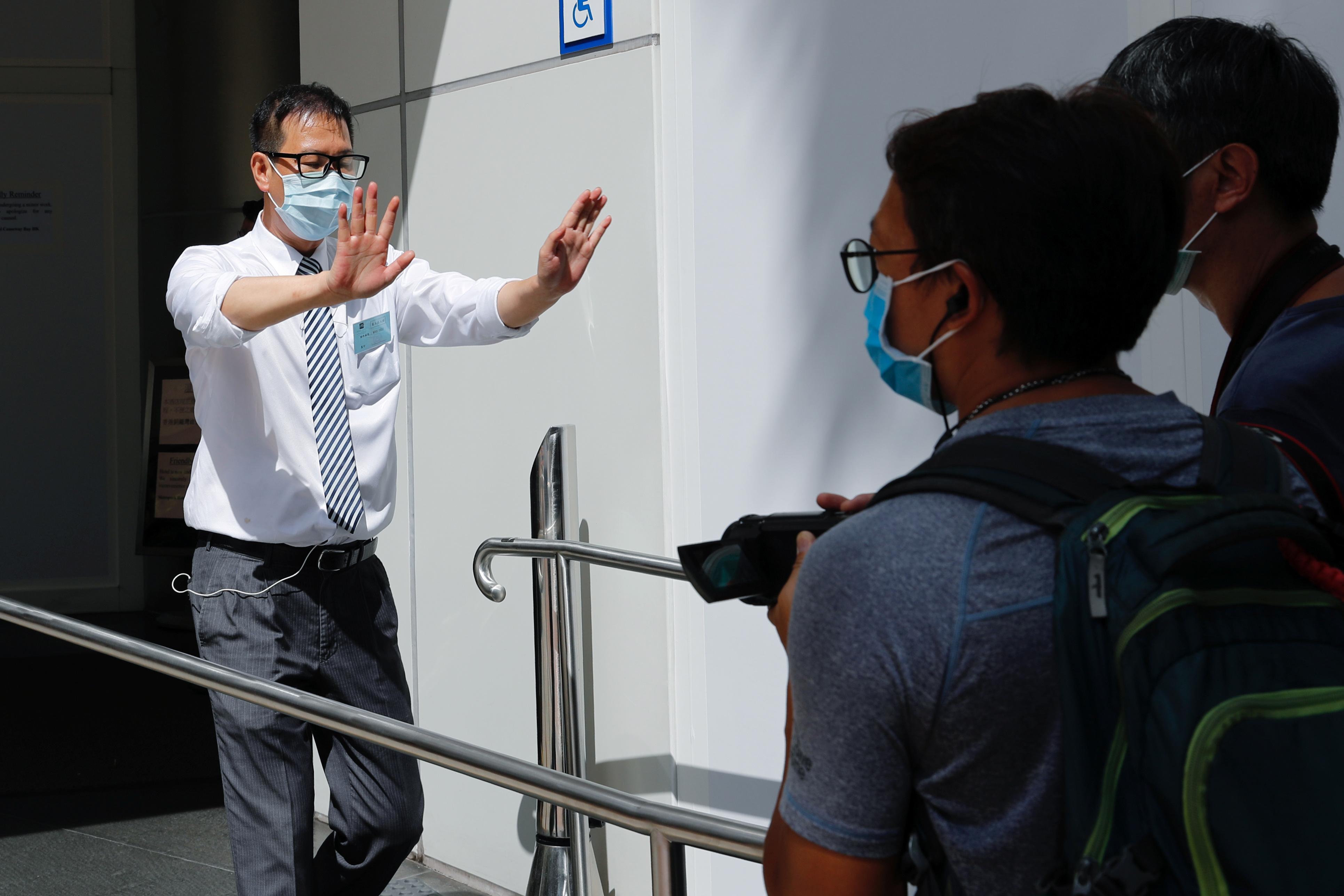 “Ultimately, time and facts will tell that this law will not undermine human rights and freedoms,” she said.