Indian police have arrested a plantation worker and are hunting two others after the animal died in the southern state of Kerala. Shocking footage shows the 15-year-old elephant standing in the river for hours as it slowly became weaker due to serious injuries to its mouth and trunk.

Police arrested a plantation worker, known as P. Wilson, on Friday after he allegedly placed fruits filled with explosives to keep target wild animals, mainly boars, to keep them away from his rubber plantation.

Surendra Kumar, Kerala’s chief wildlife warden, told AFP: “The man has admitted that they used the explosive-filled coconuts to target the wild animals.” 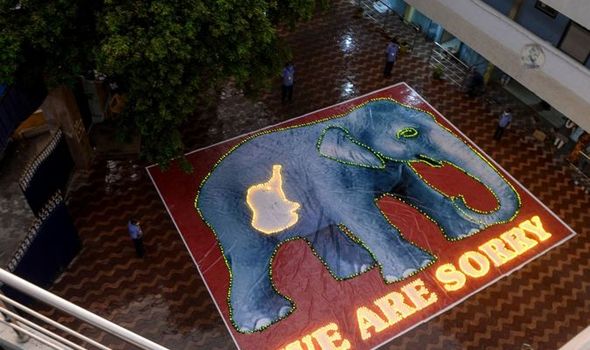 Offficers said they are hunting two of his associates.

Elephants are a protected animal under wildlife laws in India meaning if convicted the man face up to seven years in jail. 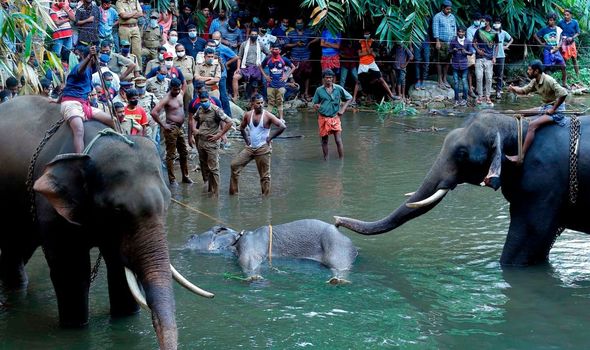 Mr Kumar said the men made several “coconut bombs”, which they discarded near plantation boundary in May.

It remains unknown when exactly the elephant ate the fruit but the animal was found injured on May 25 and died two days later. 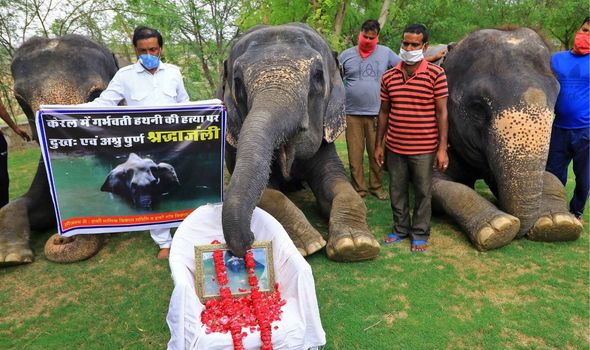 It is thought to have died after sustaining severe injuries to its mouth from the explosions, which meant it could not eat or drink for days.