The warning comes after a report from Ukrainian military intelligence stated that radioactive dust has been disrupted and raised following Russian shelling. It is hoped that the UN’s International Atomic Energy Agency (IAEA) will be able to send experts to the Russian occupied plant in order to complete vital safety checks.

Russian forces seized the plant earlier on in the conflict and ensured that the Ukrainian staff remained at the site to keep it functioning.

Peter Kotin, the former head of the site which is one of the largest in Europe of its kind, said that Russian troops tortured Ukrainian staff.

Speaking to Sky News, Mr Kotin said: “They captured about 1,100 personnel from the site, and they kept them in their facilities, the captured facilities and police facilities in the (nearby) town of Enerhodar.

“One person was killed, another person was heavily wounded. They’re trying to push on them to accept the Russian world. All kinds of psychological pushes on them.”

In recent weeks, fighting at the site has escalated with both Ukraine and Russia blaming each other for the shelling. 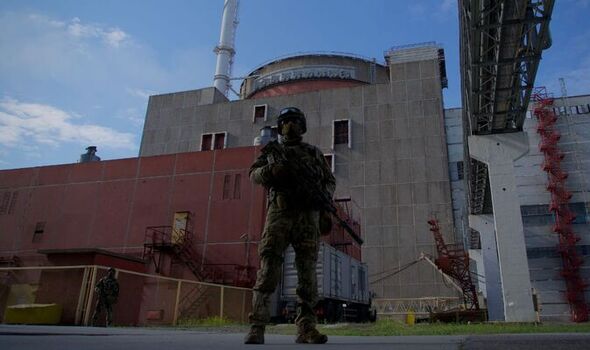 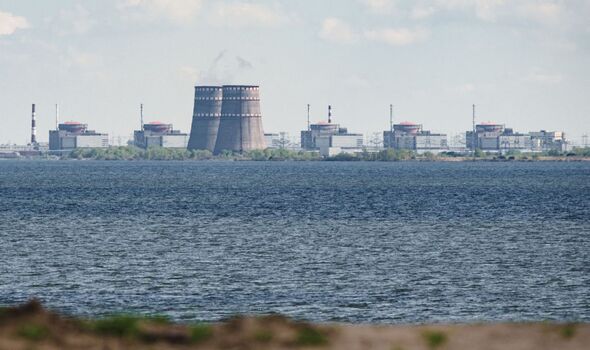 Mr Kotin said: “The situation is very bad now and it is worsening all the time. Over the last three weeks, there’s been an increase of shelling at the site.”

Ukraine has reported to the IAEA that recent shelling has caused further damage to the site with the attacks over the weekend damaging the infrastructure at the site including a laboratory and chemical facilities.

The shelling on Monday has reportedly damaged the transformers of the nearby thermal power plant which has impacted the power line connecting the Thermal plant to the Nuclear one.

According to a new alert from Ukrainian military intelligence: “Mortar attacks on the suburbs of Energodar recently have a specific target: the ash pits of the Zaporizhzhya TPP (thermal power plant).

“These are places where ash is stored, which is formed during the operation of thermal power plants.

“This waste has a high concentration of toxic substances and a level of radiation that is at least 2.5 times higher than the natural background.

“As a result of mortar strikes on ash pits, clouds of dust are formed, which are blown by the wind in the vicinity of Energodar.

“Monitoring of the radiation background, which is carried out near the nuclear plant, indicates an increase in the level of radiation.”

President Zelensky gave an update on the situation at the nuclear power plant in his nightly address.

He said: “The NPP is working. There were no emissions as of today. The danger is 100 percent! 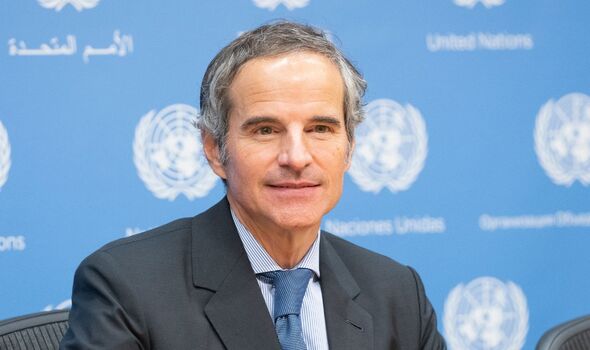 “Not even 99 percent – 100 percent! Because we don’t control exactly what is there.”

UN Director General Rafael Mariano Grossi has repeatedly spoken about the need for the IAEA experts to complete a mission at the site in the next few days.

Director General Grossi said: “These incidents show why the IAEA must be able to send a mission to the Zaporizhzhya nuclear power plant very soon.

“I’m continuing to consult very actively and intensively with all parties so that this vital IAEA mission can take place without further delay.

“The IAEA’s presence will help stabilise the nuclear safety and security situation at the site and reduce the risk of a severe nuclear accident in Europe.”